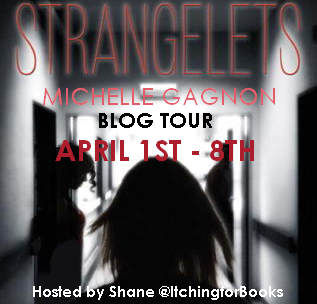 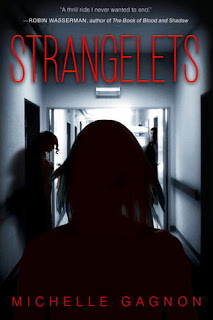 17-year-old Sophie lies on her deathbed in California, awaiting the inevitable loss of her battle with cancer…
17-year-old Declan stares down two armed thugs in a back alley in Galway, Ireland…
17-year-old Anat attempts to traverse a booby-trapped tunnel between Israel and Egypt…

All three strangers should have died at the exact same moment, thousands of miles apart. Instead, they awaken together in an abandoned hospital—only to discover that they’re not alone. Three other teens from different places on the globe are trapped with them. Somebody or something seems to be pulling the strings. With their individual clocks ticking, they must band together if they’re to have any hope of surviving.

Soon they discover that they've been trapped in a future that isn't of their making: a deadly, desolate world at once entirely familiar and utterly strange. Each teen harbors a secret, but only one holds the key that could get them home. As the truth comes to light through the eyes of Sophie, Declan, and Anat, the reader is taken on a dark and unforgettable journey into the hearts of teens who must decide what to do with a second chance at life.

Sophie, Declan, and Anat don’t know each other, but they are about to. They all mysteriously disappear and end up in the same place. What’s even weirder is that there are other kids there when they wake up- Zain, Nico, and Yosh. They all have to rely on each other if they want to survive. Problem is they have no idea where to go and what happened to everyone else. Also, there appears to be no one else around to help. The place is deserted. Sophie, Declan, and Anat know something is going on, but they can’t really act on it. When strange things begin to happen, they try to get the hell out of dodge. What they should have done was stay put. It seems someone isn’t who they seem. Someone knows what’s really going and what the creatures are, that are chasing them.

Is this all a dream or is this all really happening? It’s survival of the fittest in this new novel.

This is the strangest book that I’ve ever read...but I happen to like strange. :D This book had me intrigued from the beginning. I was like: where are they and what’s really going on? I love a book that keeps you guessing. I think that the different point of views also helped. If there weren’t different point of views, you would be confused and wouldn’t know what was going on. They each had their own personalities and they came from different parts of the world. I found that fascinating. I didn’t really know what to expect from this book. I just went with the flow and enjoyed it. There were twists and turns everywhere that had you questioning everything you thought you knew. I think the ending was nicely done, but it does leave a few unanswered questions. It makes me wonder if there is going to be another one. Probably not.. but I just had to put that out there.

Sophie- She is terminally ill; she has lymphoma and only has months to live. She has accepted her fate and is ready to die. When she sees a ball of light, she thinks it’s her time to go. When she wakes up in a hospital again, she seems to take it well. That is until she realizes there is no one to take care of her. She is weak when the book starts out and becomes stronger as the book progresses. She may be the girl that slows everyone down, but she becomes a major player.

Declan- He is a thief and can pick just about any lock. He was on a job to steal something and was about to get shot when he sees a ball of light as well. Declan is the comic relief. I was laughing at most of what he said and my favorite quote is probably going to be from him. He is strong when he needs to be and also supportive. Oh, and did I mention he is from Ireland? No.. well he is and the accent.. SWOON….I couldn’t resist him.

Anat- When we meet her, she is running away to be with her forbidden love….you can guess what happens :D She was going to be in a war and she is one tough cookie. She needs help from no one and she lets you know that up front. She just wants to get back to her home and she doesn’t care who gets hurt in the process. I don’t think they would have survived without her. She was pretty awesome; she just had a bad attitude.

Overall I loved the strangeness of this book. It took me into another place and time.

She’d rarely seen two people take such an instant and extreme dislike to each other. Sophie got the feeling that if they weren’t arguing about this, it would be something else, like whether or not aliens existed or if veal should be illegal.

“Of course. At your service, “Declan snapped. “Please note the emergency exits to the front and the rear, and know that in the event of a water landing, your seat won’t be a damn bit of use to you. Oh and if you feel the need to pray, make sure it’s to science, and not God, because apparently he doesn’t give a whit about you.”

“Fasten your seatbelts, trays in the upright position, and thanks for flying Murphy air!” 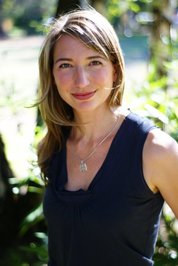