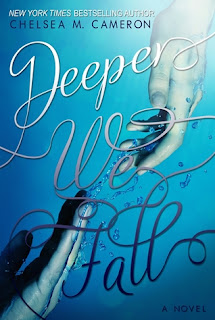 Two years after her best friend was involved in a car accident that caused a traumatic brain injury, Lottie Anders is ready to start her freshman year of college. Ready to move on. Ready to start forgetting the night that ripped her life apart.

Her plans come to a screeching halt when not one, but both brothers responsible for the accident end up back in her life again.

Zack is cruel, selfish and constantly rubbing what happened to her friend in Lottie's face.

Zan is different. He listens to her awkward ramblings. He loves "To Kill a Mockingbird" as much as she does, and his dark eyes are irresistible. His words are few and far between, but when he does speak, she can't help but listen.

The trouble is, Zan was the driver in the accident, and now Lottie's discovered he lied to her about what happened that night. Now she must decide if trusting him again will lead to real forgiveness, or deeper heartache.

Lottie just wants to have a normal life after what happened to her best friend Lexi. That night changed everything and two years later she finally thinks she can move on.

Zan has been punishing himself for the past two years after what happened. He goes to what his brother calls a “Freak” school and paid for his crimes. Now he just wants a fresh start.

What they didn’t expect was to end up at the same college.

Lottie and Zan will try to stay away from each other, but the deeper they fall the harder it is to stay away.

What can I not say about this book. It was just that good. I’ve been reading a lot of contemporary lately and this is as good as it gets. I knew going in that it was going to be emotional but gosh this book was DEEP!!!!! I’m glad it was from Lottie’s and Zan’s POV. If not it would have had the same effect. We get to watch Lottie come to terms with what happened and learning to forgive. We get to watch her struggle as she fights he feelings for Zan. Zan the guy who was driving the car her friend got hurt in. Zan we find out that he is a kind soul and all he wants to Lottie to forgive him. He is always down on himself and sounds much older than his 17 years. I love all the characters and they all had a part to play and they were all developed beautifully. There were some times that I was frustrated with Lottie, but I really enjoyed her as a character and her brother, Will. I loved watching them interact. The hard thing to watch was Zack and Katie. I don’t know how girls can fall for guys like him. He is just a bad person. That being said this book is going to touch a lot of people’s hearts.

Overall: Beautifully written and emotional to the MAX.

Lottie- She has what you call “Diarrhea” of the mouth. She is constantly talking and says whatever is on her mind. She is also a type of person that when she loves, she loves deeply. It’s not just a little. When she loves you, she would do just about anything to make sure that you are ok.

Will- The goof ball twin brother. He is a all around nice guy. He is funny and I love the relationship he has with Lottie. He is a very good brother.

Zan- He has a lot of baggage and he is a man of a few words. He loves to run, read and listen to music. He is always taking care of his brother when it should be the other way around. I loved getting to know him and I might be a little in love with him.

Zack- I don’t want to go into a rant so I’ll just say he is a complete JERK that needs to be kicked in the balls a couple of times and then have his manhood cut away……..that is all.