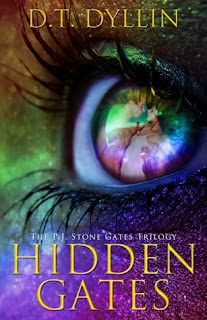 For P.J. Stone, being a “Seer” who has never seen anything is less than fun. And P.J. isn’t known for her patience.

To make matters worse, she must choose a suitable mate to continue the Seer bloodline. Duty always comes before her heart…at least that’s what her parents taught her. When she finds herself wanting someone who is considered off-limits, P.J. is forced to question everything she believes.

As if navigating her love life isn’t complicated enough, P.J. finally receives a vision—of a threat to her world that only she can perceive. But no one will believe a fledgling Seer’s warnings. With nowhere else to turn, she may decide to trust a stranger with her life, her world, and maybe even her heart.


This book was completely awesomesauce. I never read anything quite like it. It was beyond amazing. D.T. Dyllin is a master mind. Why have I not heard about this book being so good?! I helped with the cover reveal for the third one, but I had no idea. The story was very original and I never knew what was going to happen. Usually I have some idea what is going to happen in a book, not this one. Everything took me by surprise and it had me turning the pages even faster. P.J was an awesome MC although she could be unbearable at times and whiny. I still loved her. By the end of the novel she had completely changed. No longer was she fragile and weak. She was on the verge of truly becoming magnificent. She is going to be so badass in the next one. I can feel it my bones. Then there is her friend Jenna who is a speaker and I love her throughout the book. She could talk to every single animal which is way cool and she wasn’t afraid to ask for something she wanted....which was sex. lol She was very blunt about it. Jeremy seemed like a nice guy and I did begin to like him a lot but I knew he wasn’t for her. I’m not to sure about him yet, he seems a little fishy for my tastes, especially at the end. What was with the meanness? Rude much. Bryn I fell in love with on page 15 or somewhere along there. He was just so sweet and loving and you could tell her really cared about P.J. His devotion was swoon worthy of course all good things must come to an end. *sigh* When he returns he starts to change and I’m hoping he will be able to control him self better and he has a lot of explaining to do. He is in the doghouse with me right now. Kohl is a whole other story. He is a creature that no ones knows about and it took me by surprise when he finally stated what he was. I was like no way, that is so cool, but then he was trying to seduce her and that isn’t ok. I wanted her to be with Bryn but P.J’s body craves power and he has lots of it. By the end I came to hate/love him. He finally got a conscious at the end. He sacrificed a lot for P.J and that’s why I kinda like him now. I hate seeing him in pain.

Would you jeopardize everything that you’ve ever known for love?

Well that was basically the character now onto the story. Ok So P.J. is having all these problems mentioned above and that’s just the beginning, Alien riders, which are what P.J calls them, are trying to take over the world, killing one seer, guardian, gate keepers, and speaker at a time. To top it off P.J. is the only one having visions about them. So it’s up to her and her new ally Kohl, who she knows absolutely nothing about and yet she trusts him…weird I know to save them all. Talk about a full load. :D And what makes it harder on her is when no one believes her. Not to mention all her boy problems. There was a square a one point and I was like REALLY, I can’t even get one guy. LOL

Overall: A surprisingly awesome book, that not only leaves you wanting more after the ending, but leaves you satisfied. 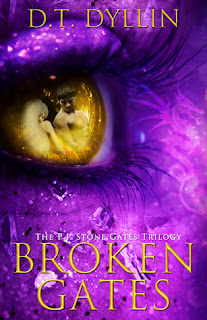 P.J. Stone is a Seer who saw too little, too late.

In the past, her biggest worries were boys and school—but war has a way of changing things. Now, the alien Riders are trying to overrun the world. As the last of their kind, P.J. and her friends must find a way to save humanity before there’s nothing left to save.

After choosing a mate, P.J. hoped she'd have time to enjoy her love life. But with everything changing so quickly and major secrets revealed, who knows what the future will bring? 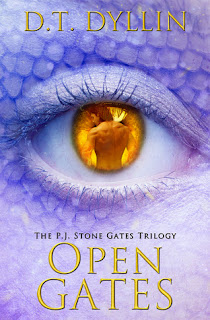 Bryn is gone. Jenna isn’t herself. And the world has been taken over by the alien Riders. The only constant in P.J.’s life is Khol. But even he might not be able to help her pick up the shattered pieces of her existence.

P.J. finally gets the answers to all her questions, but will she be able to handle the truth? And will she be strong enough to face her own destiny when the time comes? 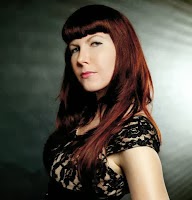