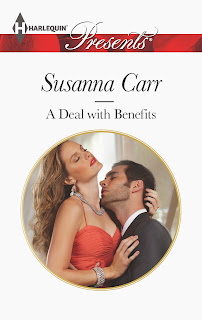 Ashley Jones has been sitting in Sebastian Cruz's office. For hours. Behind the imposing wooden doors sits the man who stole her family's island home. And she wants it back.

But the fight is knocked from her when Ashley recognizes him as the man she knows intimately; the man who betrayed her after their blissful night together.

Sebastian has no intention of giving the island back, but he does want Ashley. He agrees to her deal, but has a few sub-clauses of his own. Specifically, a month at his beck and call; and in his bed!

A Deal with Benefits was not what I expected. I thought it was going to be a sappy romance but it wasn’t. It was a very emotional and heartbreaking read. I felt connected to both characters and felt their pain. In one moment I liked Sebastian and in the next I despised him for what he was doing. I wish he went about it another way without putting Ashley in the middle of it, but if he did that then they wouldn’t have met. Everything that happened was believable and you could see it happening in real life. Heck it does happen in real life, I assume some people have mistresses. It was devastating when we learn of Ashley’s parents. It was hard to read about them and what Ashley had to witness. So when she agrees to Sebastian’s terms to become what she always said she wouldn’t become and what she despises, a mistress. Ashley’s and Sebastian’s relationship wasn’t an easy one. Ashley desires Sebastian but knows not to fall in love with him because men like him don’t commit. And yet she can’t say no to even when he wont let her visit Inez Key. I cried many times in this book and I think that other people will like this book as much as me.

They both hold secrets and when one of them finds out the truth, it is a breaking point and it could change everything.

Ashley is a strong willed woman of 23 and is desperate to keep her island. So she agrees too his terms and that no way in my mind makes her a whore. She is far from that. Some might think she is weak for giving into Sebastian but I don’t see it that way. Like Sebastian said he gave her a way to get what she wants, the island and….him. *wink*

Sebastian has worked his way from the bottom to the top with no help and after one night with Ashley he can’t forget her. But when she rejects him he wants revenge, so he takes the island from her. Do I think he is a horrible person for doing this? Yes and no because he has his reason but he didn’t have to be so cruel to her and kick her off the island. It took me awhile to like him but his charm won me over. It wasn’t until the end though that I fell in love. LOL :D

Overall: A sensual read that is both spicy yet sweet. 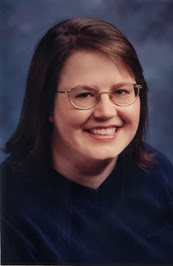 Susanna Carr has been an avid romance reader since she read her first Harlequin at the age of 10. She has written sexy contemporary romances for several publishers and her work has been honored with awards for contemporary and sensual romance.

Susanna Carr lives in the Pacific Northwest with her family. When she isn’t writing, Susanna enjoys reading romance and connecting with readers online.