Tour Sign-ups are now open for "Children of the Knight".

It is described as: an edgy contemporary with a fantasy slant intended for older teens and adults. The main characters are homeless kids and teen gang members and other kids rejected by "mainstream" society. It deals with mature themes like child abuse and drug addiction and isn't intended for young children. It is very different from what is currently out there, and it's the first of a trilogy for those readers who like a series that takes you on an epic journey with characters you can love and relate to and hope for. It is both light and dark in tone and very realistic within its urban fantasy framework.

Number of stops: As we are aiming for 30 stops. If you are uninterested in tour, but know someone who might be, could you please share? Thank you.

Who can join: Goodreads reviewers and review bloggers are both welcome. If you are signing on to review via goodreads, then I will need a link to your review so I can link to it for the tour and share it to all the social media.

Giveaway: Tour wide rafflecopter for (1) Amazon Giftcard and (1) ecopy of "Children of the Knight"

Available formats: epub, mobi and pdf. ebooks will be emailed to reviewers. 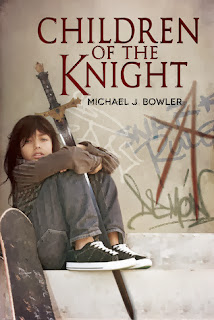 
According to legend, King Arthur is supposed to return when Britain needs him most. So why does a man claiming to be the once and future king suddenly appear in modern-day Los Angeles?
This charismatic young Arthur creates a new Camelot within the City of Angels to lead a crusade of unwanted kids against an adult society that discards and ignores them. Under his banner of equality, every needy child is welcome, regardless of race, creed, sexual orientation, or gang affiliation.
With the help of his amazing First Knight, homeless fourteen-year-old Lance, Arthur transforms this ragtag band of rejected children and teens into a well-trained army—the Children of the Knight. Through his intervention, they win the hearts and minds of the populace at large, and gain a truer understanding of themselves and their worth to society. But seeking more rights for kids pits Arthur and his children squarely against the rich, the influential, and the self-satisfied politicians who want nothing more than to maintain the status quo.
Can right truly overcome might? Arthur’s hopeful young knights are about to find out, and the City of Angels will never be the same. 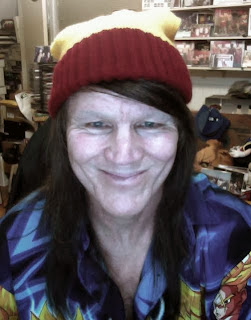 Michael J. Bowler is an award-winning author of three novels––A Boy and His Dragon, A Matter of Time, and Children of the Knight––who grew up in San Rafael, California.

He majored in English and Theatre at Santa Clara University and earned a master’s in film production from Loyola Marymount University, a teaching credential

in English from LMU, and another master's in Special Education from Cal State University Dominguez Hills.

He partnered with two friends as producer, writer, and/or director on several ultra- low-budget horror films, including “Fatal Images,” “Club Dead,” and “Things II,” the reviews of which are much more fun than the actual movies.

He taught high school in Hawthorne, California for twenty-five years, both in general education and to students with learning disabilities, in subjects ranging from English and Strength Training to Algebra, Biology, and Yearbook.

He has also been a volunteer Big Brother to seven different boys with the Catholic Big Brothers Big Sisters program and a thirty-year volunteer within the juvenile justice system in Los Angeles. He is a passionate advocate for the fair treatment of children and teens in California, something that is sorely lacking in this state.

The “National” honor allowed he and three of his Little Brothers to visit the White House and meet the president in the Oval Office.

He has already completed the two continuations of Children of the Knight that complete the trilogy - Running Through A Dark Place & And The Children Shall Lead.

Giveaway will be tour- wide rafflecopter.
Prizes will be (1) Amazon GC and (1) ecopy of the book
a Rafflecopter giveaway
Posted by Ryan Snyder at 11:01 PM