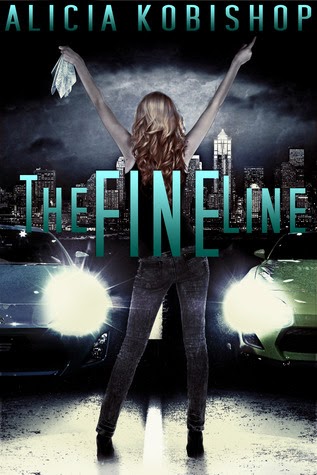 High school senior Liv Evans has one rule: No attachments. She’s lost enough in her life and has vowed to do whatever it takes to make sure she never again feels the emptiness of losing someone she loves. Boys are a fun distraction, but a serious relationship is something she’d rather live without. Her determination for a future free of pain and heartbreak is put to the test when she meets–and quickly forms an unexpected bond–with Logan Tanner.

Logan has always been a free spirit, but ever since a life-changing event took place, which left him doubting the integrity of those who are closest to him, he’s taken that term to a whole new dangerous level. Learning the hard way that life is too short for worries or work–and that women can’t be trusted–Logan has exchanged steady work for street racing. When Liv walks into his world, everything he thought he knew about life and women is challenged.

In The Fine Line, Liv and Logan will discover if it’s possible for true love to have a future, or if history is destined to repeat itself.


The fine Line was a much energized read. There was never a dull moment. The moment Olivia meets Logan her life changes. She doesn’t know what it is about him, but she feels different around him. And the more she gets to know him, the more she feels and that scares the hell out of her. She knows nothing ever last and so she does the only thing she cane, she friend zones him. Olivia has a lot of baggage, but so does Logan.

Can complete opposites find love or will it end before it starts?

I’m not going to lie. I swear I felt like I read this book before. Not during the whole thing or course, just one part of the book. I thought I knew what was going to happen. Fortunately it didn’t end up like I thought it was. *grins* and it’s not often that I’m wrong (ok most the time I’m wrong). It was a nice change not knowing what was going to happen. And don’t get me started on Logan and Olivia’s relationship. I think I got whip lash at least once or twice. But you have got to know Liv to know she is doing it because she doesn’t want to get hurt. I think I would have done the same thing. Like Liv I’ve had a father that left for a younger woman and I watched my mother with several different men and none of them lasted long until this latest one. So this book hit close to home and I could relate to her. It’s hard letting people in, I mean I only have one friend (Snyder) and never been in a real relationship and I’m about to be 21 on the 26th. Anyways back to the story. My heart hurt for both Logan and Liv because I know they were great together, but there is always going to be a little bit of doubt. But sometimes you need to take a chance. Logan was another story. He wore his heart on his sleeve….well most of the time, the other times he was just trying to forget about Liv after she left. Some of you may be wondering about the cover. Well Logan races cars and asks Liv to be the flag girl. The racing part of the book really excited me I’m a real Fast and Furious fan! And I love racing……ok maybe not NASCAR. Lol

Overall: The Fine Line was a heart breaking yet uplifting story all in one. I really enjoyed it and recommend to anyone that likes a good contemporary story and fast cars. 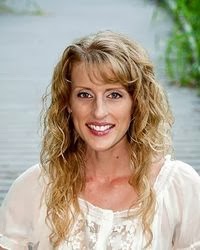 Alicia Kobishop, who was born, raised, and currently resides in the greater Milwaukee, WI area, is a happily married mother of 2 young children. "The Fine Line," a new adult contemporary romance, is her debut novel.