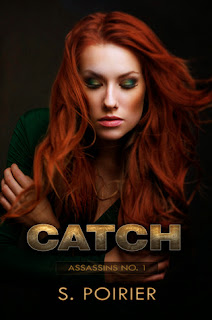 Sometimes, being in the wrong place at the wrong time is where you need to be for the good things in life to fall into place.
Max Brady is a 25 year old, fresh out of college, ambitious woman that doesn't take crap from anyone, and often uses men before tiring and disposing of them. She’s landed her dream job at the internet search engine company Fiddle. Unfortunately, she is stuck working as an assistant to the company’s CEO, but she’s hopeful that if she plays nice, one day she’ll be promoted.
Catch is an assassin. He’s been working this job for twelve years and now with his family taken care of he is ready to retire. All he wants to do is complete his last assignment, collect his large sum of cash, and then disappear to a nice, quiet place in another country.
When Max makes the huge mistake of sleeping with her boss, she decides to copy some files from his computer to hold as leverage in the event that he may try to fire her. Little does she know, the files hold secrets that can take down her boss and the entire Fiddle company.
That decision changes the course of both of their lives.
Catch is hired to kidnap and kill Max, but instead he chooses to save her life. They go on the run as he tries to formulate a plan to remove the hit on Max, because he believes that she was just in the wrong place at the wrong time. As they spend more time together, Catch’s motivation for saving her life changes with his realization that if anything happens to Max he may be unable to live without her. 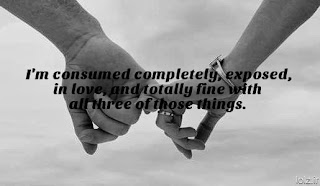 Max is just trying to make it day by day. She doesn’t let people get close to her and only has one true friend, but one night at work changes everything. Now in order to save her job she gets some information off her boss’s computer, not knowing that he would kill to get that information back.

Catch is the best assassin out there and he always catches his guy/girl. He is getting tired of the life and decides to call it quits after one more hit. He usually asks what the person did, but this time he doesn’t. He is captivated by max and doesn’t want to get attached to her, but all it takes is one look and he is hooked.

Now the assassin becomes the hunted.

This isn’t your typical assassin story. It’s more like the results of being one. There is some killing but not overly much. Catch gets in over his head when he saves Max, now he has to use his skills to keep them alive. He has a hardened exterior, just like Max and we slowly but surely get to glimpse of the real man underneath. On top of running for their lives, they are fighting the attraction between them, yet neither will act upon it because Catch doesn’t think he is good enough for her and Max because she thinks he is not interested.

Overall: An engaging story that will have you caught by the end and will leave you not wanting to escape.

Max is a fiery red head. She may be beautiful and sometimes use that to her advantage. Most people wouldn’t think her a threat, but she can hold her own. The only one to best her so far is Catch and it excites her. She hides a tormented past and her past only makes her stronger.

Catch is ALL male. He knows he is hot and strong and he also uses that to his advantage. People see him and they immediately know he is bad business and run the other way. He’s never been attracted to another woman like he is to Max and it excites him but also scares him. He saved her and he be damned if he let another person put their hands on her. 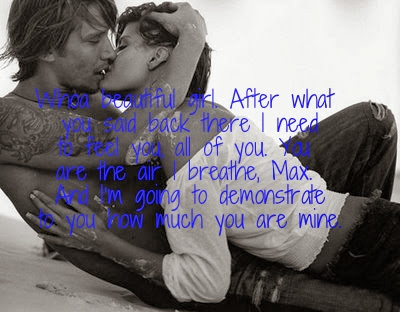 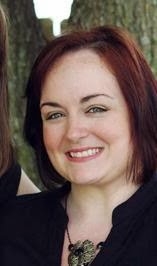 Solange Poirier is married and lives in southern Louisiana. She have the utmost privilege of being the mom to a 6-year-old and a 2-year-old. They test her sanity on a daily basis. She loves to read and write. She also loves dogs, cats, flowers, wine, dirty martinis, chocolate, sushi, family, friends, tattooed men, rock music, rock stars, laughing, video games, horror films, and the list could go on and on.
She writes because she loves to create characters and make stuff up. She just hopes that the readers enjoy her stories as much as she enjoys writing them.
Facebook | Pinterest | Google+ | Goodreads