Check out this gorgeous new cover for the next installment from  our very own Heather Gunter.  Gainers Grace is book two in the Changing Series and is currently scheduled for release in March 2014. 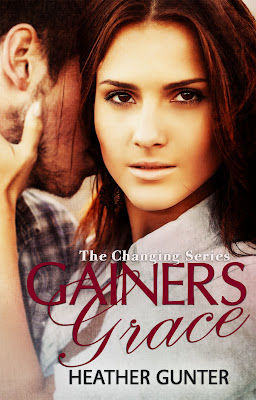 Cover Design:  Robin Harper of Wicked by Design
Event organized by: Into the Night Reviews

As a former gymnast, the concept of grace is something Mackenzie “Mac” Rivera is very familiar with. Hours upon hours of training, turning out routines that appear flawless to an outsider have allowed Mac to masterfully hide the pain and frustration of falling short of the level of perfection every gymnast strives for. It's a skill she puts to good use when she goes off to college and recreates herself. Moving on from a high school humiliation, Mac is happy with who she is and the life she has laid out before her.

Reece Shaw has it all, or so he pretends to. Too caught up in appearances and maintaining his high school status, he let the one girl that he felt something real for slip through his fingers and he's never forgiven himself for that. In a last ditch effort to put the past firmly behind him, Reece moves away from everything familiar in his life to start anew at college. Sometimes though, the past has an uncanny way of following you where you least expect it and he soon discovers its not always easy to simply start over.

Suddenly faced with a part of her past Mac would much rather forget, she is left with the all too familiar feeling of sliding backwards while trying to move forward; just like the Gainer she could never quite master on the balance beam. Mac's future depends on her leaving the past behind. The question is, can she do that gracefully and with her heart intact?

Heather is a devoted mother of three gorgeous boys. She balances spending as much time with them as possible with writing, updating her Into the Night Reviews book blog and her day job. Her love of animals sees her home in Canton, GA bursting with numerous dogs and ferrets.

A talented singer, who once dreamed of pursuing a career in that field, she has put that goal aside in exchange for her writing. A self proclaimed geek, whatever spare time she has is spent curled on the couch reading and listening to music. 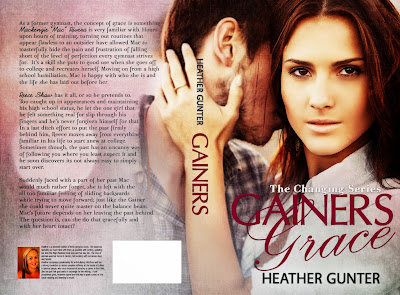 Other books by Heather include:

Ashley Davis is over her high school 'bitch' label and has decided to reinvent herself. College offers a new beginning, a chance to be different. After being assaulted, she's realized that she needs to change and college is just the place to do it. Nobody knows her and she'd like to keep it that way. more


The Love Notes Series (YA)

How do you cope when the people you care for hurt you the most? When the way you feel on the outside, smothers you on the inside. And when you are left to face your demons alone, will you learn that only you have the power to overcome them? more

Everyone thinks of me as this happy and upbeat person. What they don't know is that I carry a deep, dark secret. Something horrible happened to me a year ago, and I have kept it quiet all this time. I was fine for a while, but somehow it’s chosen this time to come back, and it's eating at me--like a cancer. more