[Review] Be With Me by J. Lynn 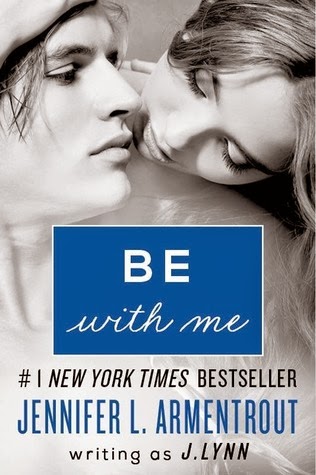 
Teresa Hamilton is having a rough year—she’s in love with her big brother’s best friend, but he hasn’t spoken to her since they shared a truly amazing, mind-blowing, change-your-life kiss. She got out of a terrible relationship. And now an injury is threatening to end her dance career for good. It’s time for Plan B – college. And maybe a chance to convince Jase that what they have together is real.

Jase Winstead has a huge secret that he’s not telling anyone. Especially not his best friend’s incredibly beautiful sister. Even though he and Teresa shared the hottest kiss of his life, he knows that his responsibilities must take priority. He certainly doesn’t have time for a relationship. But it doesn’t help that all he can think about kissing the one girl who could ruin everything for him.

In the first book we only got a glimpse of Jase and he looked a lot like a player. We only hear about Teresa from Cam in the first one and it’s about her ballerina life and relationship. So I was excited to read their story. It wasn’t easy to read not because it was bad but because it was heartbreaking. Yes, I cried a few times. So have some tissue handy. Jase had me mad at him most of the book. There were a few times where I was like nope not worth it, he has hurt Teresa and me too many times. But Teresa really cares about him and he is a lucky guy to have her. He knows that and that’s the way he is. Oh and he has a major secret. Does it make me think of him differently? No, it’s nothing to be ashamed of and he is not ashamed of it but he is not ready for everyone to know yet.

Their relationship gave me whiplash, I don’t know how many times. They are a great fit for each other but things are always getting in the way. For Jase it is his secret and Teresa it’s her brother. Oh and she wants to be a dancer, how could I forget that important aspect of the book? She has a torn tendon and that’s why she is at the school, for a back up plan just in case her leg doesn’t heal. Also the disaster that happened at the school kept the book interesting yet saddening. I wasn’t quite expecting that to happen.  Another thing I liked about the book we get to see Cam and Avery! I hate to say it, but Cam will always be my favorite, I’m sorry Jase.

Overall: Be With Me is heartbreaking yet gives you hope. A lot of unexpected things happen and will have you screaming be with me Jase by the end.

Jase: He is like the sweetest guy but not that smart. Ok that’s not true but he doesn’t see a good thing when its right in from of him. How blind can he be? Yes, he has baggage but let someone else help you with the load. Teresa is the perfect person to help…well not with that leg but emotionally lol Jase had me yelling at him a few times but when he is nice he is really nice ;) like with the cupcakes and supporting Teresa. He had really grown as a character by the end of the book and realizes that not everyone will leave him.

Teresa: She may have a great family but her life has been tough. We learn what happens to her in the first book. That experience toughened her up and you see that with her roommate, not at first but she does eventually say something. She is a character to be admired.

A look into the future:

Ok so I hope there is a book about Ollie and Britt MEEP
And a book about Calla! I want to know her story. and the guy for her......I have no idea but I know it's going to be an awesome story b/c Jennifer wrote it!

Bring on the HOT guys and tears. I am ready!!! Bring it on! lol


So yeah Be with me was intense and emotional and motivational and just lots of gooey gumdrops. Get this book as soon as you can, but beware YOU WILL BE ADDICTED!!!!!!!!!!!!!