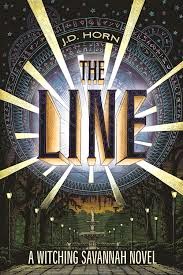 Mercy Taylor, the youngest member of Savannah’s preeminent witching family, was born without the gift of magic. She is accustomed to coming in a distant second to the minutes older, exquisite and gifted twin she adores. Hopelessly in love with her sister’s boyfriend, she goes to a Hoodoo root doctor for a love spell. A spell that will turn her heart to another man, the best friend who has loved her since childhood.

Aunt Ginny, the family’s matriarch, would not approve. But Mercy has more to worry about than a love triangle when Aunt Ginny is brutally murdered. Ginny was the Taylor family’s high commander in the defense of the bewitched line that separates humankind from the demons who once ruled our realm.

A demon invasion looms now that the line is compromised. Worse yet, some within the witching world stand to gain from a demon takeover. Mercy, entangled in the dark magic of her love spell, fighting for her sister’s trust, and hopelessly without magic, must tap the strength born from being an outcast to protect the line she doesn’t feel a part of...

In this riveting contemporary fantasy, Horn delivers the full betrayal, blood, and familial discord of the best of Southern gothic.

Review
The Line is the story of Mercy Taylor and her crazy family of witches. Mercy is the only member of her family that was born without a single bit of power to her name and has seen her share of neglect and hurt because of it. Her family's demanding matriarch, Macy's great Aunt Ginny, lives to make her life miserable. But when Ginny, the most powerful witch in the family is murdered, Macy's life takes a crazy turn.

This book, you guys, was so good. I did have a few problems with it and wish a few more things had been developed better, but in the end, I enjoyed it.  It is told entirely from Macy's point of view. I love how the beginning of the book starts out. The first few pages and dialogue from Mercy introduce her as a witty, funny, and down to earth girl, who is very cultured and cares a lot about her city and the people in it. She did not demonstrate any more of that charm and wit throughout the rest of the book, so I was a bit disappointed about that, but a little bit of it did shine through in some other aspects of the story. I guess I cannot really lament the lack of the original pattern of playfulness, but it was something I found myself thinking back on.  She did retain other aspects, though. She thought a lot of things through and was a very forgiving, and extremely loyal person who did care about others. I greatly admired her love and devotion to her sister in the beginning of the book. I adore my sister, who was my best friend growing up, so that aspect really stuck with me. It was not as strong throughout the majority of the book, and her sister only showed up periodically throughout the book, but Macy still thought of her and had her underlying sense of love for her.

I did not really get a feel for Maisie's personality as much as I did for some of the other characters. Ellie, Iris, Connor, and Oliver were present in the story-line much more than Maisie was.  I adored Ellie, Iris, and Oliver and really got an in- depth feel of these characters and their personalities. They had their bad habits and such, but I liked them a lot. I liked Parker a lot, too. I did not get to know him as a character very well. I feel like he should have been a bigger part of the book, but I did get a sense of his personality and such and he was a great guy. Now, there is the matter of Jackson. Mercy never once addresses what it is about Jackson that she is drawn to, or why she loves him. She simply states that she is in love with him and that he is fantastic. Oh, and that her sister is over the moon for him as well. I never heard mention of any qualities he might have had that were admirable and that really, really irked me. If you are going to be head over hills in love with your sisters man, at least have something to go on other than the feeling in your heart when you see him. Personally, throughout the majority of the book, I could care less about him. I thought he was a hollow character and I wanted to strangle him a few times. However, I can sort of forgive the "head over heels for no reason" thing now that I have finished the book.

The mystery was pretty awesome. There was so much more to the book than the mystery of Ginny's murderer, but I enjoyed the twists that were employed throughout the book, leading up to the big reveal. (: Well done, sir.

I feel like some of the end was thrown together and a lot of stuff came out of nowhere. A lot of it had been hinted at, so I had "aaaah" moments. the build-up to those aspects were subtle, but still notable, making the additions to the story plausible. There was this one aspect that came out of nowhere, really,  at the very end. I tried to look back for hints at it. If there was any indication that of the underlying plot, I couldn't find it. Then again, I read a majority of the book one day, then the rest two days later, so I may have missed the subtleties. In any case, the twist shocked me, but not in a pleasant way. All the other twists were fantastic and had me saying, "Whoa, I did NOT see that coming" with a grin on my face. That one was more like ,"Well,  were did that come from?" with a confused look on my face, while flipping back through the pages. There was a little bit of a somewhat hint, but it had totally rebounded to thrown the reader off track. I am all for plot twists and that would have been awesome.. if it had not just seemed like it was thrown in at the end. Potential, though. Great potential.

Do not get me wrong, I still enjoyed the story immensely. And it was an ARC copy, so the discrepancies I mentioned may have been addressed. Who knows? There were some typos and such, but it was an ARC, so I am sure those were corrected in the final copy. (:

Oh, and the end of the book had a final feel to it, while still leaving room for a plot for the second book. While some aspects of the second book intrigue me, the one that was thrown in at the end of the first book makes me a little reluctant to read the second. I might, though. This book was pretty great, despite my complaints. The majority of the reason I may not read the second book is because the book tied up a lot of the story in the end of book one and it has a final feel to it to me. I closed the book with a satisfied feeling that I could stop there and be happy, without ever picking up the second book. I will probably have to cross that bridge when book two comes out. I liked the ending of this book and how things turned out, but I still have this little pull to see Mercy's progression in book two. Okay, now it's a stronger pull. Dang it, stop thinking about it.....

All in all? A great read for lovers of witchcraft, family ties, betrayals, mystery, urban fantasy, and hoo doo. Not so much for anyone looking for a strong central romance in the story. The romance is lower on the totem pole than the witchcraft and family mysteries. Still a very enjoyable read, though, that kept me flipping pages for hours. Read it in two sittings. (: Also, Macy is an adult, but the book read like a YA with the romance aspects that were present. So I would say it is safe for a younger audience and an adult audience. Well, that should just about cover it. If any of this stuff appeals to you, you really should enter the giveaway. I really did enjoy the book. (: 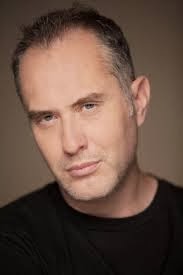 J. D. Horn was raised in rural Tennessee, and has since carried a bit of its red clay in him while traveling the world, from Hollywood, to Paris, to Tokyo. He studied comparative literature as an undergrad, focusing on French and Russian in particular. He also holds an MBA in international business and worked as a financial analyst before becoming a novelist. When not writing he is likely running, and he has race bibs from two full marathons and about thirty half marathons. He and his spouse, Rich, and their three pets split their time between Portland, Oregon and San Francisco.

Alright, one lucky tour follower will win a copy of the book in their choice of format. This means they can choose Print (US/Canada) OR digital (Kindle).
This shall be done via rafflecopter! Let the competition begin! (But seriously, guys, I want a clean fight. No hitting below the belt, biting, or hair pulling) I will choose the winner of the giveaway at the conclusion of the tour on March 7th.