While It Last by Paige Rion Blog Tour {Reviews + Giveaway}

Hey all! Today is my birthday and what better way to celebrate than to read some awesome books. Well I have two books today that fit into that category. A bonus is the giveaway at the end of the post. :D 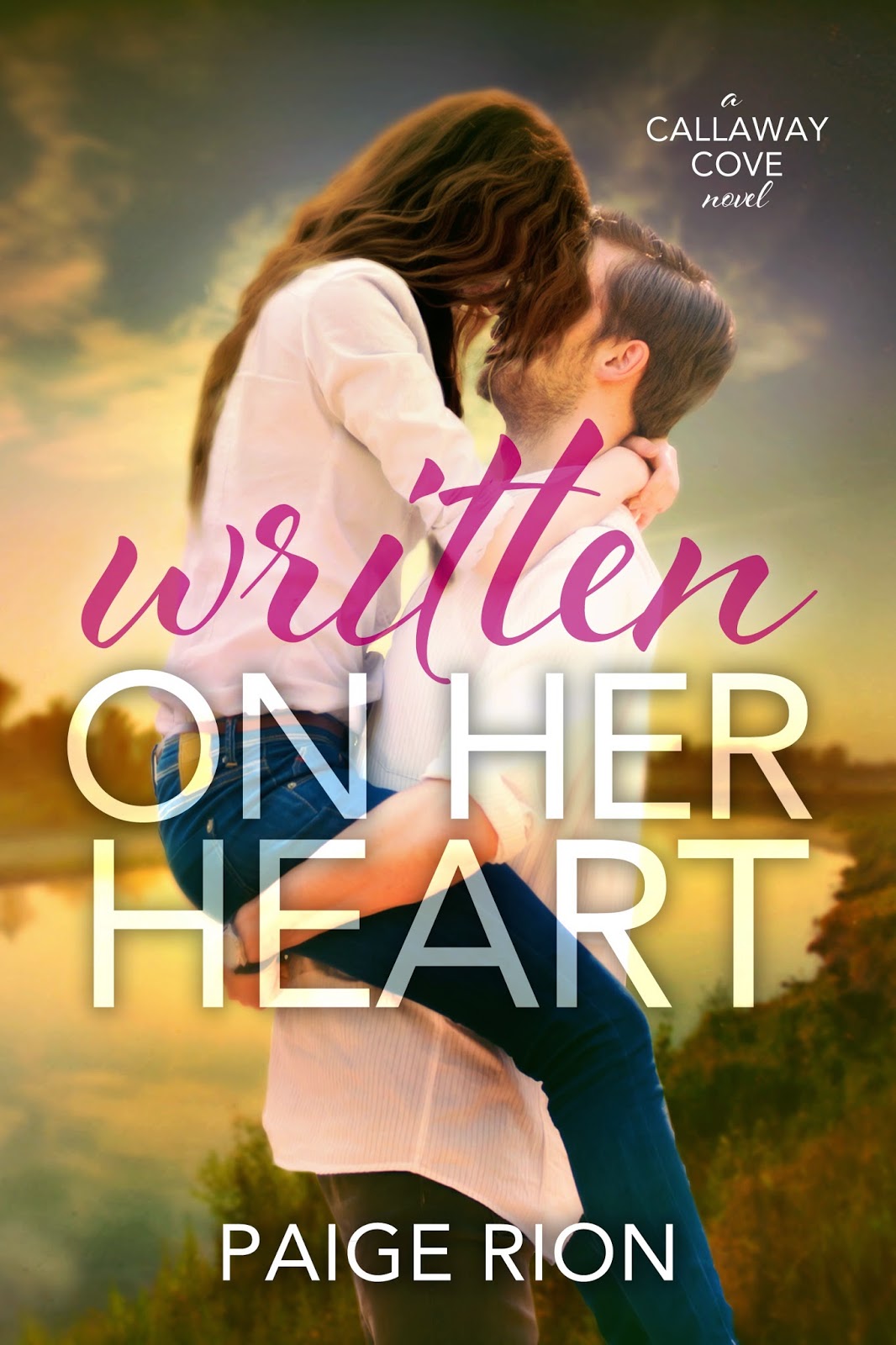 WRITTEN ON HER HEART (BOOK 1) BLURB

Andi Callaway has dreamed of becoming a published author her entire life.

Ford Delaney has always wanted nothing more than to escape his past.

An opportunity of a lifetime. This is what Andi finds when she returns home to Callaway Cove on summer break. A chance to work for her literary idol Ford Delaney is up for grabs, and she’s willing to risk everything—her boyfriend, her best friends, and her education—to get it.

She’s positive this will be the key to reaching her dreams. But the moment she begins working for the reclusive author, Andi realizes there’s more to him than just a name. As attraction builds between Andi and Ford, she begins to discover consequences must come hand-in-hand with something great—which could loosen control over her tightly wound life. And once romantic sparks fly, Andi’s other relationships start to crumble, Ford’s fame comes back to haunt him, and the heat they generate will either forge a powerful, enduring love or threaten everything she holds dear.


Andi has just found out about an opportunity of a life time when she arrives home. Her favorite author Ford Delaney is in Callaway cove and is looking for an assistant. Her dream is to become a full time writer and this is just the chance she needs to make it big. The only problem is her friend trying to sabotage her and her boyfriend not being supportive. Andi pushes past that though because she always has her mind on the prize which is to get her romance novel out there.

Ford Delaney is on the run since people found out that some of his books are not fiction but have actual events from his life. He thinks that Callaway cove is the perfect hideout spot to get back in the grove of writing. What he didn’t expect was to find someone that he connects with on so many levels.

Will these two take a shot at love or will they leave the fairytales to the books?

Written On Her Heart started out really good to me and got better as the book progressed. This book really interested me in particular because it is about an inspiring author. You never know how hard it is to become a published author until you start to write. There are a lot of things you have to do in order to become one, like get and agent and write a query letter. A lot of useful information was in the book for readers that also want to become writers.

The only part of the book I was iffy about was her having a boyfriend and having feeling for someone else. My mind was put to rest when I realized there is no cheating involved. The relationship between Andi and Ford was flirty and they told each other about their lives. It was this that made them start to have feeling for one another. And of course there was romance. I think my favorite part of the book was the boat scene. They bother were carefree and didn’t have any worries while they were on the water.

Oh there is also the thing with her friend Rachel. I’m sorry but the way Rachel was acting was not friend like. She really got on my nerves and I wished bad things upon her in the book. I feel horrible about wishing those things though. It became clear at the end why she was acting the way she was.

Andi is a bit of a control freak and has her whole life planned out. That’s why she has such a hard time with her feelings for Ford because it wasn’t a part of her plan. She also tends to ignore things that are right in front of her like her boyfriend not really supporting her. She always makes excuses but that’s probably because she is a good person. I mean she isn’t a saint; it isn’t until later in the book that she really questions why her friends are acting the way they are. She is so focused on getting her book out there that she forgets her friends.

Carma is one of Andi’s friends but she really didn’t appear in the book a lot. I’m really interested in reading a story about her because of what was revealed about her in Written On Her Heart. She seems really sweet and shy….hey kinda like me…and probably a whole lot of other people lol Anyways I liked her more than Rachel.

Ford is a dreamy writer that isn’t afraid to tell it like it is. I laughed at the parts with Andi’s boyfriend. He sure knows how to get under people’s skin. The on thing I didn’t like about him was him playing the field, as I like to call it. Or he kept his options open. That really makes me mad when someone likes someone and leads on another person to make the one they really like jealous. WOW I need to clean up that sentence but I’m just going to leave it. Lol

Overall: Written On Her Heart was a clean and romantic read. It will have you wanting to write your very own romance novel. :D

P.S. Have you looked at that cover? Can you say dreamy and gorgeous? 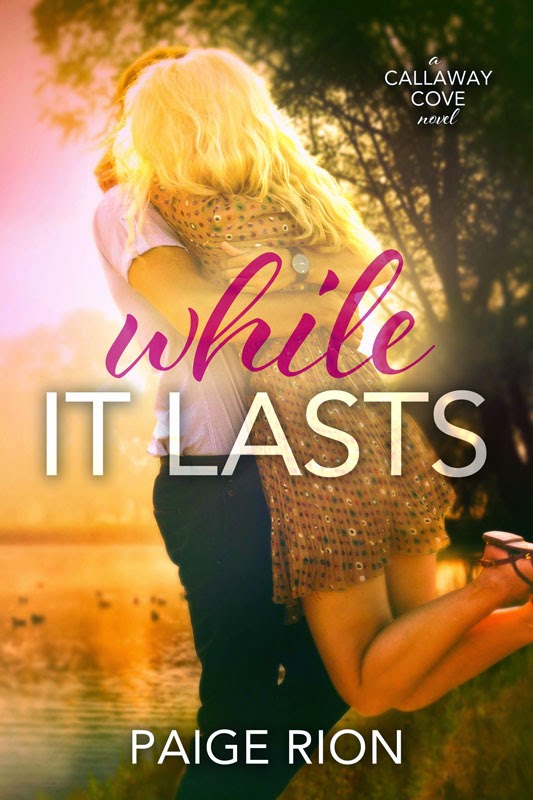 A loan shark that doesn't bite?

Rachel Beaumont discovers her mother’s gambling debt has put their family in danger of losing their money and social status. It's up to Rachel to do anything to maintain the lifestyle she’s accustomed to—including hunting down her mother’s debtor. But the green-eyed, dark-haired, hunk known as Rex Greene matches none of the stereotypes of a loan shark. Her spur-of-the-moment plan to make him fall in love with her is a dangerous roll of the dice.

FBI agent Colton McCabe arrived at Callaway Cove with one motive. Play the part of Rex Greene and gather evidence in the Beaumont racketeering case. He never anticipated the involvement of the subject’s beautiful daughter, Rachel. Not only is she unexpected in every way, but she may just be the one to crack the case. Or his heart.

In this second installment of the Callaway Cove series, WHILE IT LASTS delivers a sweet romance, filled with joy, heartbreak, love, and choices.

Learn about the Callaway Cove series book one, Written On Her Heart HERE

*Borrow free with Prime or Read in Kindle Unlimited*

Do not fret, my review will be posted later today. :D

Paige Rion is a contemporary romance author. She's a mother, wife, blogger, hopeless chocoholic, coffee-addicted, wine-lover. Her debut romance, Written On Her Heart, is the first in the Callaway Cove series. Since her first release, she has completed five novellas and the second installment of the Callaway Cove series, While It Lasts. She grew up in the suburbs outside of the city, and while she will always be a city girl at heart, she now but lives on a farm with her husband and children (and animals).

She loves connecting with readers on her blog and social media.


Want more chances to win a signed Paige Rion book of your choice? Each month, Paige holds a drawing for her mailing list subscribers and one subscriber wins a book, just for receiving her newsletter!