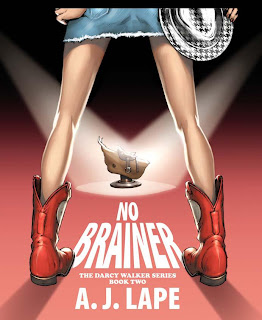 Two weeks before junior year, Darcy hops a plane to Orlando for a little R&R with her best friend Dylan and his family. Fresh off the heels of solving three murders in Valley, you'd think she'd sit back and enjoy the vacation capital of the world…maybe if you're a noun. Darcy Walker, however, is nothing but verb.
Before her feet hit the Orlando soil, she's meddling in the disappearance of a five-year-old boy who vanished six months earlier.
With authorities still no closer to solving the case, Darcy is shanghaied by her impulsivity and runs headlong into that proverbial burning building, convinced she can bring him home.
She travels down a road that not only follows this missing child but branches off into the corrupt and sinister world of mob activity when she tampers in a case on which Dylan's detective grandfather is working.
After a near disastrous midnight meeting in a warehouse and a date with a mechanical bull, Darcy realizes she might've bitten off more than she can chew. Add the boiling flirtationship with her best friend and the appearance of his romantic rival, and she is in over her head.
Will she survive a life of flirting with death too easily? Or will her flirtationship with Dylan become the actual death of her instead?
For a girl with a habit of finding dead bodies, No Brainer gives Darcy Walker more of the same…surprising twists and turns…and running for her life. 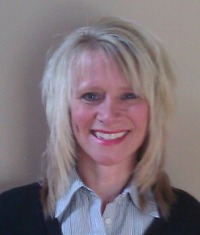 From her parents she learned the value of hard work and determination. While her father held down two jobs, he still somehow got his doctorate degree in Theology. Conversations in her home revolved around Heaven and Hell, angels and demons, & aliens and the mythological on a regular basis. She was very influenced by the spirit world and the need people have to understand the unexplainable…and the grossly unfair.

A. J. loves to connect with fans! You can find her via Twitter and Facebook or send an email.


What do you think of the cover??? Love it or Hate it?? I'd love to know what you are thinking.