[Review] Once Upon a Tiger [Giveaway] 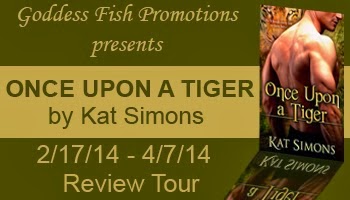 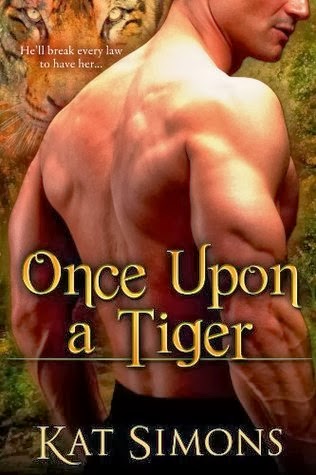 Among the tiger shifters, Alexis Tarasova is regarded as fierce and dangerous, with a reputation that would make even the most daring tiger think twice about challenging her. Female tiger shifters may be rare and the mating run a critical part of their species’s survival, but Alexis is the only female Tracker and will not back down, even at the threat of tiger law. She will not be forced to mate. So when a handful of males band together to force her to participate in the run, Alexis chooses to stand her ground and fight instead.

Outcast from the tiger shifters after a vicious childhood attack left him mute, Victor Romanov has never taken part in the mate run. He’s never particularly cared, though, since the woman he loves refuses to take a mate. However, when he learns Alexis may be in danger, all bets are off. Nothing will keep him from her side.

The chemistry between them burns wickedly hot and forges them into an unbeatable pair. Alexis knows that being with Victor means she will have to break another one of her people’s laws—a move that might push the tigers too far. But, for Victor, she will risk everything, including her life, and do what she thought she’d never do—run.


Review
This was a very fast read- it was 75 pages, after all. The two main characters were very like-able from the very start of the book. Their romance was sweet and I adored that Victor could not speak. I love heroes and heroines that aren't perfect. I feel like it gives them another dimension.  I really loved how strong Alexis was. She refused to be seen as anything close to weak, which is what she would feel like if she had to "run" from a bunch of males in order to be mated by one. She is a tracker and a damn good one at that. She isn't about to be belittled by some man- regardless of her elders wishes.

Victor and Alexis already had their own chemistry and attractions to each other for years. That made it so much easier as a novella to read. That underlying knowledge of each other makes it so you don't feel as if everything is being rushed, which can be a problem with short books.

All in all? This novella, although small, had it all: bloody action, sweet romance, hot sex, and two main characters that you can't help but root for.

I felt like one small aspect of the plot was slightly ridiculous. lol. But I loved the book nonetheless.

“What makes you exempt from this rule of our people?” Nick asked. “There aren’t enough females for you to be allowed to forgo mating.”

Despite her insistence, her hormones were high, her skin alive with sensation. Tingles of unfocused lust skittered along her nerves, sharper for her anger.

“No female is allowed to skip the Run,” Nick said, taking two steps closer to her porch. The tigers behind him shifted quietly, low grunts and growls greeting his comment. There was a bristling of fur, a slight adjusting of stance.

Alexis took in their positions and sizes, automatically preparing strategies, both defensive and offensive. The cool air brushed her skin as her senses heightened. She unfolded her arms and let them hang at her sides, loose and ready. Then she held Nick’s gaze as she repeated, very distinctly, “I don’t run.”

The tigers surged forward. Alexis braced for the attack, then sensed the sixth tiger, the one she’d lost track of, coming up on the left from behind her cabin. She cursed, half-turned to face the new threat, and the sixth tiger, a blur of orange, white and black stripes, leapt into the clearing between her and the others.

Everyone froze. Alexis blinked several times as she took in the fact that this newcomer was standing between her and the males. A moment later, she caught his scent.

Her heartbeat quickened. A combination of panic, shock, and need tightened like a band around her chest. The one man she was susceptible to, the only one she’d ever wanted…

What was he doing here? 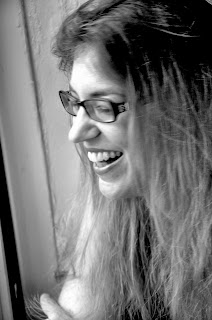 Kat Simons earned her Ph.D in animal behavior, working with animals as diverse as dolphins and deer. She brought her experience and knowledge of biology to her paranormal romance fiction, where she delights in taking nature and turning it on its ear. After traveling the world, she now lives in New York City with her family. Kat is a stay-at-home mom and a full time writer.

Giveaway
Kat will be awarding a $50 Amazon/BN GC to a randomly drawn commenter during the tour. So follow the tour here and don't forget to leave a comment here and at the other stops! :D