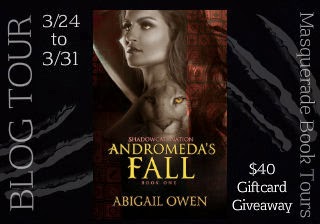 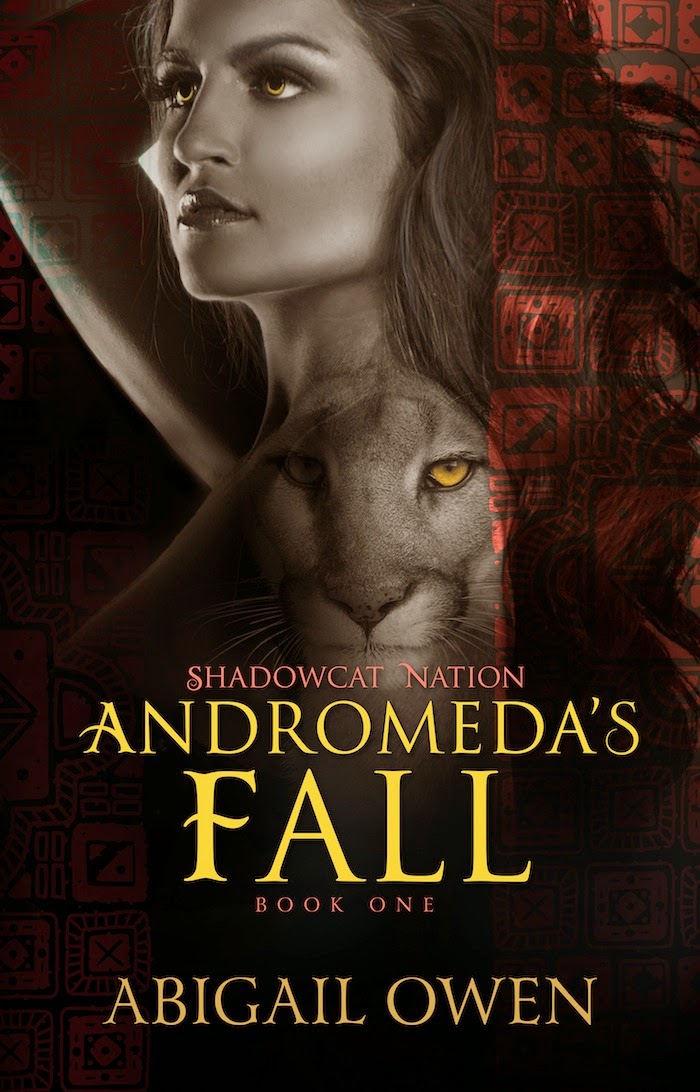 Andie Reynolds is being hunted. After witnessing her mother's violent death at the hands of a pack of wolf shifters, Andie has devoted her life to protecting her community of cougar shifters from a similar fate. But now, a greater threat lies within her own dare, and she must run. If she stays, Kyle Carstairs will try to force their Mating, seeking the added power their union would provide.

Andie would rather chew off her own foot than end up with Kyle. Though, knowing him, she won't live long either way. Andie's only hope of survival is to Mate the Alpha of the Keller Dare with which she is seeking asylum. But before she can get to him, Andie must first go through A.J., one of the Alpha's Protectors. The incredibly frustrating shifter insists on challenging her story, her skills, her trust… and her heart.

Andie is running out of options and out of time. But risking the life of someone she loves - just to save herself - goes against every instinct she has. 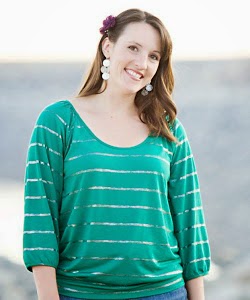 
Award-winning author, Abigail Owen was born in Greeley, Colorado and raised in Austin, Texas. She now resides in Northern California with her husband and two adorable children who are the center of her universe.

Abigail grew up consuming books and exploring the world through her writing. A fourth generation graduate of Texas A&M University, she attempted to find a practical career related to her favorite pastime by obtaining a degree in English Rhetoric/Technical Writing. However, she swiftly discovered that writing without imagination is not nearly as fun as writing with it.


Review
Let me start out by saying that I cannot wait for the next shifter book. Judging from the last page of this book, I already know who it is going to be about and I cannot wait!

This book was told in alternating points of view between Andi and A.J. I liked being in both of these characters' heads. I absolutely adored Andromeda (Andi) and her butt- kicking, ninja ways. She was a complete bad ass through and through and was not afraid to put the men in their place if they have thought to doubt her toughness. The girl is a champ! But ah, she is a closet girly girl. I liked that she had different layers to her personality and I felt like she was a very well put- together character. I really know her as a character and what makes her tick.

A.J is a hot, tough-guy with a bit of a silly streak, which totally endeared me to him. A hot guy with a bit of a sense of humor. *melts* He knows what he wants and he has no compulsions about going for it. And he wants Andromeda. The man is so hot. And he fights like a dream. He gives Andi a run for her money in the bad ass department. Only she has more style. ;) Needless to say, there were very vivid and entertaining fight scenes in both human and animal form between these and other characters.

I really liked the explanations of the different "dares" and the nerd in me was eating up the native american origins for the different terms used in the groups. hehe. There was a lot of political and strategical description, which blurred a little bit for me. For the most part, though, I found it interesting and smiled a little while I was reading it, thinking about how bad ass Andi is. Oh, and factoring in the personalities of cougars and the fact that they are solitary creates was an excellent addition to the story. It was interesting that they are trying to co- habitate in packs when they are not necessarily pack- driven animals.

There are interesting shifter dynamics between the other animals as well. The wolves really intrigue me. It seems like they are quite villainous and just out to kill, but I got a deeper sense of.. well.. something hinting at them as being further investigated. I love how they are crazy and virtually unstoppable when they are set to kill. hehe. Well, I didn't really get to see them in action very much. But they are described as terrifying and murderous. :D

Kyle Carstairs, the big bad villain, was... Well. Meh. There was a lot of talk about how crazy powerful he and his father are. They are not really a large part of the book, however. I found myself constantly forgetting that they were supposed to be a threat. I got a decent fight scene at the end, however. There was more back-story on the bad guys than there was actual atrocities and evil demonstrated in the book. But I can dig it. (: I just want a little more villainy in the next one. hehe.

The romance was pretty hot for the most part, and sweet in others, which is a fantastic combination in my opinion. It felt a bit rushed sometimes with some insta -love vibes, but I enjoyed it nonetheless. Some of the stuff was a tiny bit cliche and overdone, but I did not put the book down once and I devoured it in a few hours.

I will most definitely be reading the next book and I will also be recommending this to all my shifter/romance lovers. hehe.

Andromeda's Fall is perfect for lovers of paranormal romance, shifter romance, bad-ass characters with crazy fighting skills, and anyone who wants a book full of a variety of supernatural political craziness. If that made any sense. ;)

(I had to include some. This book was too cute)

Andi wrinkled her nose at the sight of blood coating the front of his shirt. "Broke your nose" she called in a sweetly innocent voice.

He glared and then shot a bloody grin over her shoulder at the man standing silently behind her. "Damn, A.J. can we keep her?"

She closed the door with a soft click and then fell back against it with an audible sigh. She couldn't fall for A.J. Not while her future depended on Jaxon Keller.

"You did a good job finding that spot on the rock for a watch point. I don't think any of our sentries have tried it. Clear, wide range to view, and difficult to spot you. It took me quite some time to track you. Is it completely inappropriate to say that your skills are pretty hot?"

Andi, already fighting the shivers his warm breath on her ear had caused, compressed her lips and forced herself not to react.

She felt his deep sigh as much as she heard it.

"Inappropriate then," he said, resignation in his voice.

Andi crossed her arms. "Don't I look calm and rational to you?" Jaxon grimaced. She did. A little too much. "You've got to be furious with me. Shouldn't you, I don't know, be throwing things or something?"

"All right. But don't take too long. I have a better chance of protecting you if you marry me or someone in the dare. And don't think I'm suggesting that second option, because I'm not.

"Think anyone would miss us if we skipped out for a little while?" Before she could answer, he added, "Nope. Never mind. I can't wait that long. Think they'd be shocked if I just bent you over this table and--"

She smacked the back of his head.

"Ouch. That hurt, wildcat." He rubbed the spot.