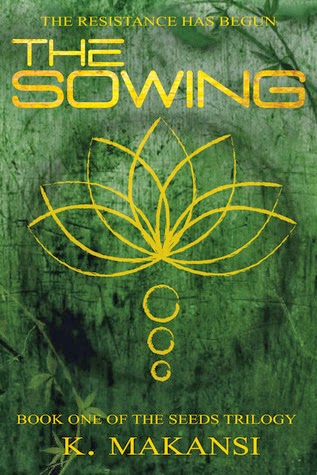 Remy Alexander was born into the elite meritocracy of the Okarian Sector. From an early age, she and her friends were programmed for intellectual and physical superiority through specialized dietary regimes administered by the Okarian Agricultural Consortium. But when her older sister Tai was murdered in a brutal classroom massacre, her parents began to suspect foul play. They fled the Sector, taking their surviving daughter underground to join the nascent Resistance movement. But now, three years later, Remy’s former schoolgirl crush, Valerian Orleán, is put in charge of hunting and destroying the Resistance. As Remy and her friends race to unravel the mystery behind her sister’s murder, Vale is haunted by the memory of his friendship with Remy and is determined to find out why she disappeared. As the Resistance begins to fight back against the Sector, and Vale and Remy search for the answers to their own questions, the two are set on a collision course that could bring everyone together—or tear everything apart.

Review
This book was really a very pleasant surprise. There was a very interesting and original premise. There was a host of different characters that brought their own dynamics to the story. There was a bit of romance. There was a Dystopian/Utopian struggle. There was a secret society determined to set right a wrong, but most importantly, there was an alternating story told between Vale and Remy- two people on opposite sides of the tracks.

The premise was spot on. It sort of reminded me of Brave New World in the aspect that certain people get to choose who receives the special "thing" that is designed to give a person advantages over others. Only in this book, food is the center focus. It was brilliant, really. [I am not sure how much sense that "Brave New World" sentence made..]

For the most part, the book focuses on Vale and Remy in their individual worlds. Remy is part of the resistance and Vale is the son of a prominent member of the sector. Both side of the story are explored in depth as we follow both of the characters in their quest for the truth. It was a very thought- provoking journey and I came to love a lot of the characters. Remy and Vale were both very strong characters who fought for what they believed in- although they are on opposite sides.

There was not a lot of- in your face- action, but I believe this book was leading up to an epic fight in the sequel, which I cannot wait to get my hands on. The journey was enjoyable nonetheless, but I wanted more action, bloodthirsty chick that I am. (:

The writing was brilliant and flowed nicely, but what I really loves was the whole world the authors created that centered on food. I just can't get over the creativity of it. Well done. 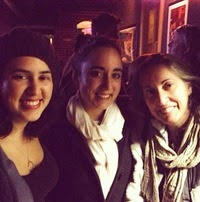 K. Makansi is the pen name for the writing triumvirate consisting of Amira, Elena, and Kristina Makansi. Two sisters and their mother, the three women developed a passionate interest in science fiction as a way to write about issues of food sovereignty and food justice. Elena is pursuing a degree in environmental studies at Oberlin College in Ohio, and will graduate in May of 2014. Amira was a history student at the University of Chicago whose day job working in the cellar of a winery (and constantly being splattered with wine) keeps her busy when she’s not writing. And Kristy owns and operates Blank Slate Press, an independent publishing company based out of St. Louis, and is a partner at Treehouse Publishing Group, a company providing editorial and design services to aspiring authors. When not writing or reading, the three can be found having animated discussions around the dinner table, sharing a good bottle of wine, or taking long walks in the park eagerly plotting out their next book.

I have a blog giveaway and a tour- wide giveaway for you today. (:
Good luck, loves.

Giveaway 1
(1) ebook copy of The Sowing.
Open internationally.
Winner will be selected by random comment.
Giveaway ends April 12.
Prizes will be sent out after April 16th.