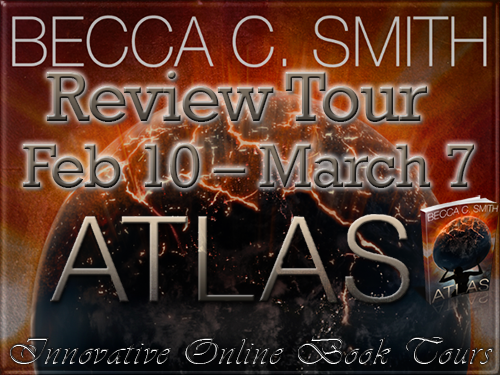 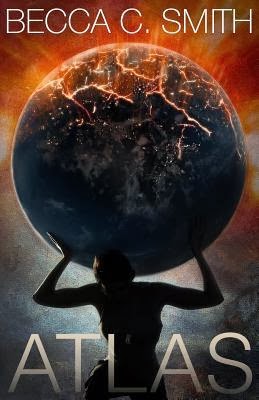 Kala Hicks is part of a covert elite military team that answers directly to the President of the United States. But during an emergency mission aboard Air Force One, Kala is shocked to discover that the real threat is none other than the President himself. Defying her commanding officer, Jack Norbin, Kala takes the shot, and her life changes forever.

The moment the President is killed, a supernatural force speaks to Kala, telling her that she has to commit one act of atrocity every four days… or the world will end. Thrown into a reality she never could have imagined, Kala faces off with creatures of legend; from demons determined to make her fail and plunge the Earth into chaos, to angels who don’t trust her to do the job and are willing to kill her to claim it for themselves.

Pitted against the forces of good and evil, Kala must choose whether to save the world by doing the unthinkable, or sit back and let it burn. And four days later, she’ll have to do it again.

Review
I am so incredibly in love with the concept for this book. You read the synopsis. How can that not completely draw you in? Well, for the most part, the book did live up the the extremely high expectations I put on it when I first read about it. Kala was a strong character and I loved the paranormal or mythological plot of the story. My favorite part of the book was the actual plot-line involving the trickster Atlas and other super- being vying to kill her or keep her from fulfilling her task. Some want a more qualified Altas fulfilling the tasks and some just want to see the world plunged into chaos. Again, I just love this dark plot. So original and so engrossing.

I loved the main character and the dynamics of her team. I even loved all the cool gadgets they got to play with.

I only had one problem with the book. I was initially intrigued by the relationship in the story. Kala's relationship with Jack pulled me in at first, but as it went on, I feel like he was more and more of a shadow in the back of the book who was randomly thought about, even when he was supposed to be an important part. But that is not the problem I really had.

Have you ever read one of those books where the main chick is just a man magnet. She will meet several different guys and every man she meets just wants her body or is all intrigued with her and feels a connection to her- even though they just met? Well, apparently Kala had a magical pheromone coming off her, because all the boys wanted to hit that.

For someone who was so head over heels for Jack, she sure did have a wondering eye. lol. And I feel like her special " wow, I feel like I've known you forever and even though you just met me, you are very seriously making me forget about Jack" relationship with one of the guys completely cheated me of the end of the book. If that element had not been so strong or whatever, this book would probably be 5 stars for me. But since Kala was a hot commodity, the ending did not have the same impact for me it could have had. That ending could have been the most memorable I have read in a long time, but my emotions had disconnected by that part. Do not get me wrong. I still liked the book. I just took a star away. *shrug* That's just my opinion.

I will still totally recommend it in a heartbeat to someone looking for a supernatural read with elements of danger, romance, action, and a completely original story-line that will suck you right in.


[ My first draft of the review, which may sum things up a little better.  ]

[ "huh. I want to say that this book could have been amazing, but there were a few things I can nitpick about. I mean, if a few things had been different, I am pretty sure the ending would have blown me away and earned mega respect from me. As it was, the author spent too much time setting up a random insta- love interest, so I did not feel a strong enough bond about a certain aspect, leaving the end a little.. I dunno. hollow for me. I shall filter through my feelings and write a better review soon. And of course this hollow cookie cutter character will probably feature greatly in book two. I did not have any great affection for this character. hmn.

ANYWAY, I will organize my thoughts and have a review together.
Mythological/Paranormal aspect? awesome
Plot? Pretty damn cool
Characters? Um. I may have some stuff to say about that." ]