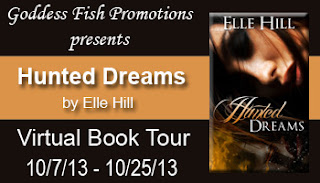 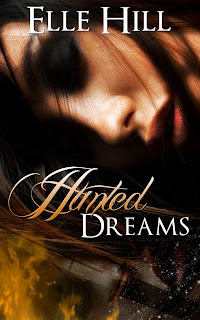 
Her history, her whereabouts, her name: She knows nothing. Nothing but her current reality: a constant stream of horrific, surrealistic scenarios in which she fights not only monsters and unseen attackers but also her own pain and despair.

Reed Jayvyn is an ex-Army vet, penniless and living in his truck. After saving a young man from attackers, he finds himself embroiled in a superhuman drama between the Broschi and the Clan, two groups engaged in a centuries-long war. Worse, he finds he is one of them—a Broschi, a psychic vampire that feeds off the pain of humans. But Reed’s greatest surprise comes each night, when he finds himself dreaming of a fierce, nameless woman.

She is dreaming. So says the handsome man who uses his heretofore latent psychic ability to flicker in and out of her dreamscape. With Reed’s help, she slowly learns more about who she is, why she is here, what trauma in her past keeps her locked inside her mind. Meanwhile, Reed explores his own heritage, discovering enemies and allies in unexpected places.

But most important to Reed is freeing this woman caught in an endless loop of nightmares, someone he considers in every way to be the woman of his dreams.


A woman trapped in an endless cycle of nightmares. A handsome hero committed to rescuing her. It’s just like Sleeping Beauty – except the dreaming damsel is the sword wielder and the hero is a psychic vampire feeding off her pain.


“Who are you? What do you have to do with”—she jerked her head toward the wall—“this?”

Reed gestured to the sky, the walls, the buildings that crowded around them at unnatural angles. “This is your world,” he said, “not mine. I’m just a bit player. Somehow you pulled me into your subconscious playground.”

She drew her breath in sharply, and her nostrils flared. “Are you saying this is a dream?” she all but whispered.

She shook her head. “I didn’t know where this was. I considered a dream, but why don’t I ever wake up?”

Forgetting the sword, Reed took a step toward her. She threw him a cautious look but didn’t say anything. “It’s just a dream,” he said. “You do wake up. You just don’t remember it. You’re sleeping right now, just like me. The only mystery is how you dragged me into—”

“You’re wrong,” she said hoarsely. “I don’t wake up, not ever. I just flow from one scene to another.”

“Girl, you’re dreaming,” he soothed. “Dreams make us think weird shit, forget the waking world. In ten minutes you’ll move on to another sleep stage and forget all about this conversation.”

He heard her painful exhale. She tilted her head at him. The movement caught a ray of light, and he could see her eyes sparkled with a haze of tears. “I’m not wrong or crazy. If this is a dream, I can’t wake up.” 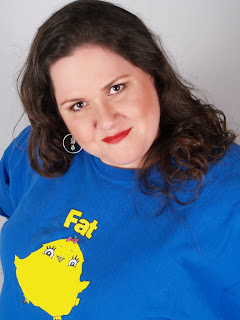 An inveterate fan of fairy tales, particularly the darker ones, Elle pens paranormal romance. Her urban fantasies envision an alternate Los Angeles (or is it?) in which Leeches -- scheming psychic vampires -- and Hunters and Psychics -- the beings that exist to thwart them -- fight fierce, primal battles in the land of movie stars, silicone, and sunshine.

Born in Idaho during the height of disco, Elle Hill now chicken-pecks at the keyboard while rocking out to Donna Summer and KC and the Sunshine Band. She worked in Idaho for several years as a secretary and journalist before moving to California and selling her soul to academia. After receiving her PhD in Sociology, Elle Hill became a not-so-mild-mannered college instructor by night and a community activist during the remainder of her waking hours. Always a journalist and writer at heart, one of her favorite pastimes includes publishing commentary on the political and social states of the world; some of her thoughts are posted on her blog at ellehillauthor.blogspot.com.

Elle welcomes visitors to her website at www.ellehill.com. She also urges everyone to become a superhero and adopt their next non-human companion from a local animal shelter.


Writing is not only my craft but my passion. I derive enormous pleasure from toying with words, stacking and fitting them into sentences like Tetris blocks, all the while creating an inspiring and colorful geography. When I write, I am a master conductor, leading an orchestra in making auditory the universe of feelings; I am a painter whose colors stroke the eye, capture the moment, and challenge the mind; I am ateeny, tiny little god who uses a keyboard, black lines on a white background, and her imagination to spin two-dimensional worlds into being.

This is not to say writing comes easily to me. My literary muse – let’s call her Shi-Shi, the fat muse of inspired writing – is way-too-often on break, perhaps on her cell phone with Sesha, my academic muse, or maybe playing hide-the-catnip-toys (where do those go, anyway?) with one of my cats. So I’ve grown used to finding inspiration on my own. Oftentimes I just plunk down in front of the computer, forbid myself approximately 813 times the temptation of checking Facebook, and make myself write, sentence by grueling sentence, paragraph by slogging paragraph, until I’ve finished for the day. Other times I drop with a happy plop in my computer chair and listen to the percussive music of my fingers playing keyboard. (Those latter days, rare and beautiful as they are, rock, by the way.) However, most of the time, I coast between these two extremes, approaching my writing with hope and trepidation and slowly, eventually losing myself in my literary landscape.

I do have a few tips for aspiring writers out there who struggle with their version of the Shi-Shi-less blues. When I’m writing a scene, or multiple scenes, I usually get super stoked right about the time the scene’s climax happens. I mean, duh, right? But you know what? I often stop writing for the day during that climax. It’s frustrating, sure, but it also makes coming back tomorrow that much easier and more exciting. It also makes for more seamless writing.

That said, sometimes I just can’t help it and I end my writing session when the scene ends. Of course, this means tomorrow’s writing will take much longer to get into. My rather weak solution is to include a snippet or a reminder at the bottom of my page about what tomorrow’s writing will include. I might also pen the first paragraph or two of the next scene. That way, I’m a bit less lost when I sit down the following day and once again snatch up those writing reins.

So, yes, writing is my great passion, my favorite art, my ultimate medium for expression. Alas, it can also be quite tedious and stymieing.

Sometimes it’s challenging to be a minor god of a made-up universe.

Thanks, Tiffany and Ryan, for the opportunity to share my thoughts with you. I wish you both much happiness and many kitty kisses. :)

-No, thank you, Ellie for taking the time out of your busy schedule and share your story with us. (:

Giveaway
Elle will be awarding a $50 Amazon Gift Certificate to a randomly drawn commenter during the tour.