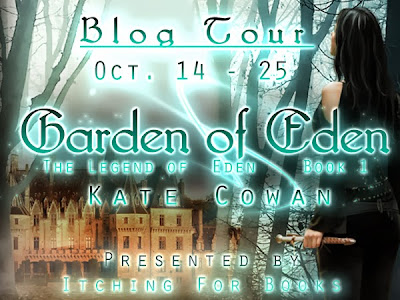 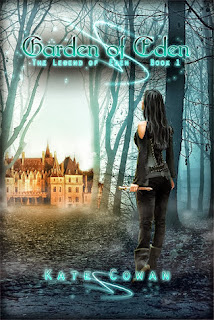 It has been four years.
Four years since the day the Catchers found her family.
Four years since she escaped capture.
And four years since the day her mother locked her and Will, a boy she hardly knew, in an attic, 'for their own protection'.
Now, Eden White is fifteen, and sick of being a prisoner of parents who all but abandoned her. It was as simple as one walk down a beautiful, foggy beach, but it ended with Eden and Will face to face with Catchers - and this time, there is no escape.
When Eden wakes, she finds herself on an island, surrounded by hundreds of stolen children. Enrolled in the island school, Jordan Hall, Eden quickly learns that the island is not what it seems.
And, in the woods surrounding the school, she discovers a wild, beautiful magic inside of herself - one she has no idea how to control. With three unlikely new friends, Eden begins to realize that the headmistress is hiding much more than the stolen children - and what they learn in the laboratories below the school could cost Eden her life.

Ever since Eden can remember she has been taught to hide from the Catchers. So when the catchers finally catch up with her family she is horrified because she should have been among them, inside she went to the woods. Now her parents have her and Will a boy she met in the woods locked in an attic to keep them safe. Fours years’ later Eden has had enough and her and Will go out only to be captured and sent to a mysterious island. Now she must prepare herself for what is to come and to do that she will need Adriane a fellow student and Liddon a man she met in the woods to help her. As she sets out to find out what wrong with the island, she finds out there is more than meets the eye.

The book started a little slow for me. Eden and will are in the basement and Eden explains how they ended up like they did. Which is ridiculous, they should have left once they said they were going to lock them up. I mean come on something doesn’t smell right. They live up there for four years barely fed. I don’t know how they survived. Things start get interesting when they get captured. Will starts to get distant and goes out of his way to avoid her…what is up with that Will..I was starting to like you. To take his place there is Tom, who has lived on the island his whole life. Eden can’t quite shake him and begins to not to trust him but invite his attention. Oh and everyone at the school hates her because she has lived in the outside world. I mean that’s a messed up reason to hate someone, if I was them I would have been asking question, not glaring. So my favorite part of the book is when she meets Liddon the mysterious man in the woods. It’s like HECK YEAH finally something interesting is happening. I can’t wait till the next one comes out. I hope we find out more about him and his lady friend and most importantly about the island. It has me very intrigued.

Overall: A short read that is very intriguing and leaves you with move questions than answers.

Eden: I didn’t really like her in the beginning. She would talk about getting out but never acted on it. When she gets to the islands things change. She knows that she is going to have to get stronger to survive and actually starts to shoe a little backbone, not much but some.

Will: I was starting too really like him and then they get on the island and we barely get to see him. I want Eden to end op with him and not Tom.

Adriane: Now I really liked her. She is the toughest kid at the school and she knows it. She does archery by the way which is WAY COOL. I think she is going to be a major player in the next book and I can’t wait.

Tom the guy all the girls want. He is an ok guy and I could tell by his description that he is hot, but he just seemed fake to me, like he is putting on an act. I think with time I may like him but that is yet to be seen. 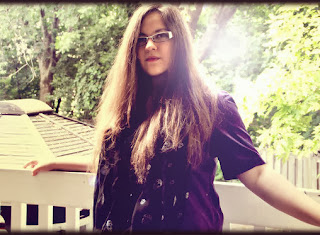 
Kate is an artist, an animation student, a black belt in karate and now, an author. She didn't discover writing until mid-high school, when she began writing an (unintentionally) hilarious novel involving a teenage girl and a magic necklace. Her current novel series, The Legend of Eden, began as a story of Arthurian magic, but quickly transformed into something much different.

Kate currently lives in Ontario, Canada, in a zoo of a house. When she isn't writing, she's drawing, cooking, or browsing the Internet for new music.