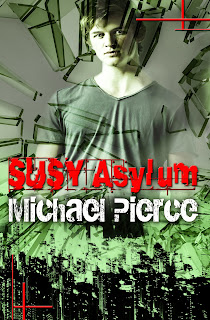 In SUSY Asylum, there is no release. There is no escape. No hope.

Oliver and Desiree are introduced to the writings of a mysterious blogger, Commodore Chaos, when they return to Provex City to indulge in what the sublime city has to offer. The blogger claims the Lornes are collecting people venturing between the higher planes of awareness and locking them away in a mythical asylum. But are these legitimate concerns for inter-plane travelers or just the ramblings of an anonymous conspiracy blogger?

Oliver looks to Provex City as his only connection to his father while Desiree looks to the city as an escape from the torment of losing her best friend—again. Provex City is a wonder of beautiful treasures, entrancing them to continue returning. But behind the beauty, wolves have continued hunting Oliver, a boy who is still unaware of his importance in the rebellion.

Oliver’s belief is waning. Desiree will not always be by his side. Mr. Gordon will not always come to his aid. Oliver finds himself alone, forced to confront his biggest fears, fight his inner demons, and face the very cold reality that no one is coming to save him. 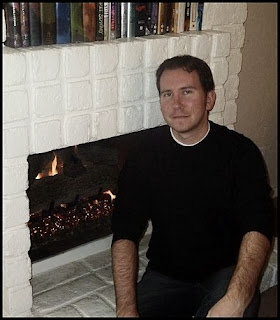 
I believe in a future where I will be able to write full-time, a picture I already hold vividly in my mind. It all starts with my debut young adult novel, Provex City. I love Harry Potter & The Marbury Lens, Tool & Elliott Smith, Dexter & Donnie Darko, bold coffee & amber ale. I also love dabbling with writing music and recording, with no illusions of ever making it a career. I am ecstatically married and the lucky father to a beautiful baby girl.

Since the first book sort of ended in a place that drove me crazy, I was more than eager to read the second one and find out what the heck was gonna happen next. I had come to adore Oliver and his voice and I was excited to read another book from his perspective.

The book takes place a few weeks after the first book ended. Not too much time has passed and the characters are just getting back into the groove of things after the epic inter- dimensional travel from book one. Okay, maybe dimensional is the wrong world. Whatever- I'm still using it.

Anyway! After some crazy teenage drama, the characters return to Provex City. If you read the first book, we only got a taste of the alternate... dimension. *sigh* world, dimension, WHATEVER. Anyway, we only got a small taste of it. This book is chock full of Provex City. (: A few of the nagging questions from book one are touched on, but there is still SO MUCH left to be answered. I don't know who all the bad guys are or who might be a good guy.

Susy Asylum still has the original paranormal, yet fantasy vibe we got from book one and all the characters from book one are back in semi- full force.

Some parts of the books had me worried. There was the small problem that a character I had sort of adored in book one began to grate on my nerves.. Don't worry, it's not Oliver. :D He's still great (well, yeah, for the most part). But I felt that after one slip up in book one, this character would reaffirm their awesomeness in my eyes. *sigh* I guess I will just have to see if they earn back my love in book 3.

The whole concept of this book had me freaking out a few times. I mean... an asylum? How cool/ terrifying is that? I kept picturing American Horror Story (which to be honest gave me nightmares. Aliens... *shudders* Getting back on topic) But man, there are some twists that you DO NOT see coming. *nods* So , Michael Pierce has managed to create an entertaining and well- thought out sequel to his Provex city filled with more action and creativity than its predecessor. But it still left me with so many freaking questions. O.O

And seriously? The ending? Come on, man. *glares* Why do you do this to me? WHY?