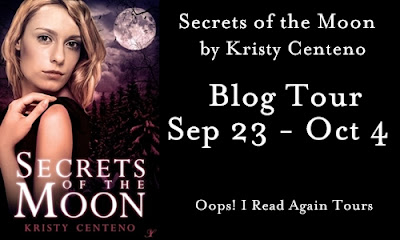 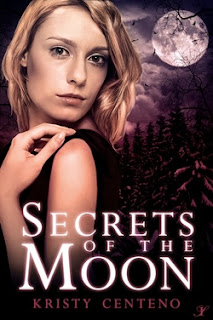 Teenager Marjorie Emery eluded death. As she struggles to get her life back on track, she believes her efforts are paying off. Yet, when a black dressing, unfriendly, and incredibly handsome hottie walks into her classroom, she’s forced into a tailspin. Marjorie has no idea how much his presence is going to shatter what little tranquility she’s achieved.

Kyran Rousseau’s gloomy nature has a name, one that is potentially fatal under the right circumstances. His family harbors secrets and does everything to protect Kyran. While, he doesn’t want to ruin Marjorie’s normal life, love has a way of changing his plans.

Falling for Kyran is the least of Marjorie’s worries. With a faceless threat hunting her and a boyfriend who's as dangerous as he is good looking—how can Marjorie and Kyran keep all hell from breaking loose before it’s too late?

After several numbers, Kyran led me back to our table and offered to bring me a bottle of water. As he walked away, I couldn’t help but stare at his tall form. Kyran was stunning. I never got tired of complimenting him, even if I never actually said it aloud. As he made his way toward the counter, women turned to ogle him. Women with dates still stopped to stare at him, much to the disapproval of the men standing beside them. For a fleeting moment, I couldn’t help but feel pleased having him as my date. He was quite possibly the most handsome guy in the entire café.

As I continued to wait for Kyran to return, I fanned my face with one hand, trying to cool myself down. It was incredibly hot inside the crowded room and I was beginning to sweat. I’d danced so much I had become tired and my feet started hurting. Oddly enough, Kyran hadn’t so much as broken a sweat.

The band began to play their last song for the night when I felt Kyran lightly touch my arm. I looked up to see him offering me an ice-cold bottle of water. Relieved, I took the bottle and opened it. The water felt good as it traveled down my throat, and I nearly swallowed half the bottle in one gulp. Embarrassed, I glanced over at Kyran. He didn’t appear to notice, since he was watching the band. He sat so close I could feel the warmth emanating from his body.

Wasn’t he hot? He was wearing a jacket and I wasn’t. I was hot and sweaty, but he wasn’t. Not only were Kyran’s mood swings completely unpredictable but so, apparently, were the sudden changes in his body temperature. It all seemed so strange to me, but I kept all comments and questions to myself.

Kyran’s gaze turned from the band back to me and I smiled as he glanced my way. My heart leapt inside my chest when he removed a stray lock of hair from my face and tucked it behind my ear. His hand caressed my cheek, leaving an imprint wherever it touched. I leaned against his hand as it moved up and down my face, drowning in the feel of it. The music was still going, the room was still dark, but none of that mattered as Kyran and I felt like the only two people in the otherwise filled café. When Kyran leaned forward and pressed his lips to mine, I felt a sudden bolt of energy run right through me. It was the most unbelievably pleasant experience I’d ever had by far. His lips sought mine and I returned the caress. My ears became deaf to anything but the loud pounding of my heart.

Kyran’s hand shifted from my cheek to the back of my head, bringing my face closer to his, and therefore having a better angle to kiss me. I didn’t resist; if anything I returned his kiss with as much hunger as he was kissing me. I found myself bunching my fists in his shirt and bringing him down toward me. It was a sweet and passionate kiss, far better than I had imagined. My body buzzed all over and my hands itched to touch and explore him. The kiss ended abruptly when we heard the music die down and many people started to cheer for the amazing band. Embarrassingly, up to that point I hadn’t even bothered to ask what the band’s name was. Self-consciously, we glanced around to see if anyone had noticed our brief lapse, but apparently no one had. Not a single person was paying any attention to us. 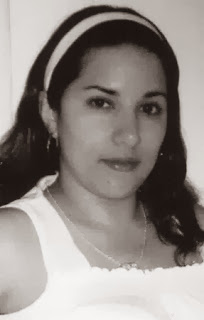 As a child, she used to lose herself in an imaginary world by the means of a good book. Now that she’s all grown up, Kristy gets to create her own fictional realms and make them come to life in ways that most readers might not expect.

She’s always had a passion for writing but never had the opportunity do so until now. After trying out numerous options, she realized that writing was what she loved the most so when she found herself with some free time on her hands, she decided to pursue her passion. As it turned out, her very active imagination helped her achieve her goals of creating believable plots with some ordinary, and some not so ordinary characters that helped the stories move along in one way or another.

As she keeps moving along in achieving her dreams of becoming a published author, she divides her time in between her four children and her very understanding husband.