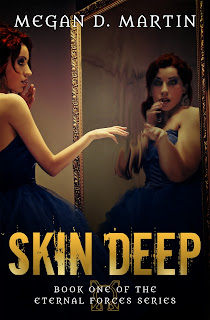 What would you do to have the body of your dreams?

Kiera hates being overweight and hides behind thick layers of clothing. One night, her friends present an opportunity that seems impossible to believe. With a single spell, she can have the thin physique she's always coveted.

But all magic comes with a price: no sex or she'll revert back to her old body. Kiera accepts the cost. It's not like she has men lined up at her door. Obeying this one tiny rule isn't difficult at all—until the night she meets Cain, a were-tiger and a soldier with the Eternal Forces.

When a slew of unexplained murders forces Kiera and Cain together, they'll have to face the horrors of their pasts. Will Kiera realize she is worth more than her outward appearance? Or will she make the wrong the choice and lose everything—including her life?


You don’t read a lot of books about overweight MC and that’s only one twist on Skin Deep.

Kiera longs to be slim and sexy, but nothing she does works, then her best friends Darla and Maryline find a solution. They found a gypsy that will turn Kiera skinny but she will revert back to her original shape if she has sex. Kiera jumps at the opportunity because she doesn’t have anyone lined up at her door. What she didn’t expect was Cain. There is an instant attraction between them, but Kiera holds back b/c she know the consequences of having sex and not to mention her not so happy past relationship.

Kiera’s past is about to catch up with her and will she finally realizes that beauty is Skin Deep. Will a stubborn tiger finally see what’s been in front of him the whole time?

All those will be answered and more in this first in a series by Megan D. Martin

This was a very original book that I highly enjoyed and finished in one sitting. I was rooting for Kiera to find her happily ever after through the entire book. I found that I could relate to Kiera as well. I’m not overweight but I am a little self conscience and Kiera was the same way. They way she is describe she is tall and big, but I didn’t see her as big at all. She was just a wonderful person that wanted people to notice her because they liked her and not how big she is. When she finally gets what she wants, she finds out is not easy having a sexy body. People now only want her for her body and it draws a lot of attention to people. One of those peoples is Cain. He is not a bad guy, but it did take while for me to like him. Actually it was almost to the end of the book when I started liking him. He was just a pig. OK to get away from him. I found the world fascinating, especially the bar, where everyone can be themselves. I want to know more about the other creatures and more about Cain’s past. I NEED MORE!!!

Overall: This book is not only about coming out of your comfort zone; it’s about loving who you are and not wanting to change for anyone. You are beautiful no matter what! This book was a self discovery journey as well as supernatural love story, although at times it may not seem that way. I recommend everyone read this book, you won’t regret it.

Did a blue-haired Muse just try and make me one of her love slaves? Kiera laughed out loud. Seriously, what has my life come to?


True beauty wasn’t something on the surface or in the eye of the beholder. Sometimes it was hidden, lost in a world where perfection was an aspiration, yet it was something that could be accomplished by no one. No one was perfect.


About the Author
Megan D. Martin is a multi-published author, mother, student and editor. In her spare time she enjoys decorating her house with strange things that do not match, playing her old school Nintendo Entertainment System, and buying fish for her many fish tanks. 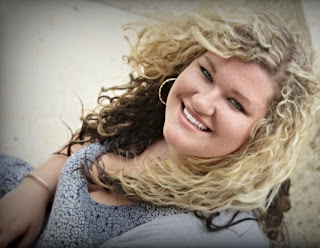 You can find Megan on pretty much every social networking site that exists.