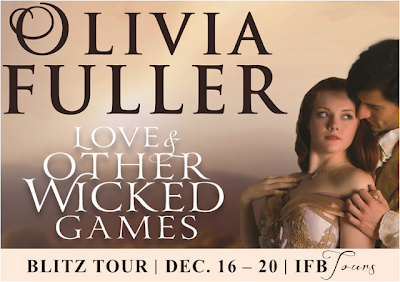 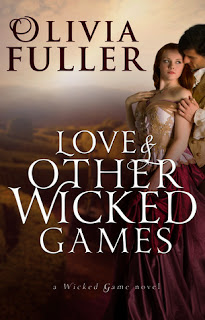 Mary Isabella “Ellie” Angela Wilson Dillard, daughter of an abdicated Earl, lives a remarkably ordinary life as a seamstress in a dress shop. That is until the day a workers’ protest in the streets of Manchester sees her joining forces—and lips!—with a handsome and mysterious stranger she knows only as “Cal.” Ellie is soon drawn into his world and it isn’t long before she finds herself falling for this wicked stranger with a secret.

Cal has three desires: to reform the mills of Manchester after the death of a friend, to keep his efforts secret from his opposing wealthy peers, and to win the heart of the compassionate woman who agrees to help him, no questions asked. But the mills are not the only thing in need of reform. As the stakes grow higher, Cal struggles to overcome his past and the secret that may put Ellie out of his reach forever…

When Ellie imagined her first kiss, she always pictured it happening shortly after the words “I love you,” not shortly before the words “who are you.”
But it was a minor point to know the person she was kissing.
Wasn’t it?
Ellie didn’t know this man from Cain but maybe he knew her. Perhaps he was an old friend of the family, a distant cousin, or a secret promised fiancé from her parents’ long forgotten days in high society.
It was probably something like that, wasn’t it?
And kissing, it was just the touching of lips. Skin really. It was pressing together skin. People did it every day. They touched when they exchanged goods in the marketplace as coin and product changed hands, or when they worked their way through the crowded Manchester streets sometimes having to push and shove, or when they sat by each other in a carriage that bumped along over the cobblestones, swaying to and fro. Sometimes the touches were avoidable and sometimes they were not. But that was of no matter. It was all the same in the end.
Just person touching person. Just skin touching skin. Just an everyday occurrence.
Except this time, that everyday occurrence left Ellie all warm and sweaty and confused.
Maybe this happened to other people—all people. Maybe touching skin always caused this rush of feelings. Or maybe it was supposed to and Ellie had just never noticed it.
She thought to her day-to-day life. The connections she made and the people she connected with. The brush of a knuckle while looking over fabric choices with the patrons, a light touch on the arm as they spoke. But none of that stood out. No rush of feelings. Nothing exciting or special. It was all perfectly ordinary. And normal.
But no one had ever accused Ellie of being normal, after all. It was Ellie the Flustered, Ellie the Anxious, Ellie the Eccentric—not Ellie the Average. So maybe what she’d always felt was the exception, and maybe what she felt now—this euphoria and lightness—was the rule. Maybe this was something that people were supposed to experience when they connected.
Or maybe she was wrong entirely and kissing had rules all its own...
But there was something more pressing to consider than whether or not these feelings were normal. There was a question literally lingering on her lips.
With great effort Ellie pushed away from him, breaking their kiss, and breathed out the words, “Who are you?”
His lashes fluttered and his emerald eyes darted around frantically from left to right. “Well, bloody hell… It didn’t work…” 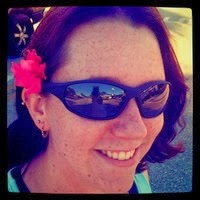 Olivia Fuller began writing at the age of 4. She self-published her books using folded paper and a stapler, and gave a new story to her kindergarten teacher every day. She no longer writes about baby dinosaurs, now preferring to write romances instead. In her spare time she watches too much Netflix, laughs with her husband, and playfully narrates the lives of her cats, Cher and Rocket Kitty.