I don't know if I've told you guys this but I LOVE the Mystwalker Series!!!! I have yet to write reviews for them, but they are in the works. :D Anyways never heard of this series....Where have you been?!?!?! Go look them up now...or go buy them, you will NOT be disappointed. Keep scrolling to find out more about the series and there is an excerpt *swoon* You guys are going to want to read it, trust me. *Grins* Oh and did I mention there is also a giveaway at the bottom of the post!!!!! Make sure you enter and SHARE SHARE SHARE!!!! These are books that everyone needs to know about! 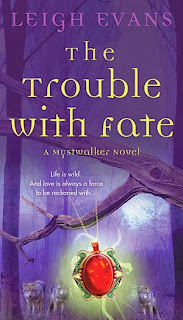 Meet Hedi Peacock. She's half Fae. Half Were. And all trouble…

I Have Two Words For Werewolves:

My name is Hedi Peacock and I have a secret. I’m not human, and I have the pointy Fae ears and Were inner-bitch to prove it. As fairy tales go, my childhood was damn near perfect, all fur and magic until a werewolf killed my father and the Fae executed my mother. I’ve never forgiven either side. Especially Robson Trowbridge. He was a part-time werewolf, a full-time bastard, and the first and only boy I ever loved. That is, until he became the prime suspect in my father’s death…

Today I’m a half-breed barista working at a fancy coffee house, living with my loopy Aunt Lou and a temperamental amulet named Merry, and wondering where in the world I’m going in life. A pretty normal existence, considering. But when a pack of Weres decides to kidnap my aunt and force me to steal another amulet, the only one who can help me is the last person I ever thought I’d turn to: Robson Trowbridge. And he’s as annoyingly beautiful as I remember. That’s the trouble with fate: Sometimes it barks. Other times it bites. And the rest of the time it just breaks your heart. Again…


You are going to love this one. I loved this part in the book!! MEEP


“I want you,” he said in a harsh whisper.
“I know.”
“I’m going to have you.” His voice was firm, but his smile was tentative.
“I know.”
“Tell me you’re not a virgin.”
“Oh Fae Stars.” I raked my fingers through his hair, and pulled it backward until his head was tipped back. His lips curved. “Do you always talk this much?”
He laughed, and I did too, even though I was in midair, and the towel was parting from my body. There was a brief moment where I was naked and needing, right before his body met mine.
Skin to skin. I know they write poems about it, but they really should write more. Long stanzas about the sweet friction of woman-skin sliding against man-skin, words woven into blushing praise about the steely slops of strong man’s muscles, perhaps a few short ditties about the sweet roughness of callused fingers against a breast.
He touched me. With gentle fingers on my jaw, and the backs of his knuckles on my cheek, stroking, feeling, imprinting me forever. My inner Were was rejoicing. Yes! There would be no man but this man. And no moment but this one.
He kissed me. Soft lips for such a hard man. Soft and quizzical, testing and urging, pleading for me to follow. He sucked in my lower lip, and I fell. Crumbled and fell.
Kiss me forever. Just kiss me forever. 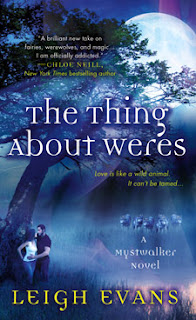 Love is like a wild animal. It can't be tamed…

The Heart is a Lonely Hunter

In the never-ending saga that is my love-hate relationship with Robson Trowbridge, I, half-Were Hedi Peacock, have had a change of heart. Ever since I shoved Trowbridge through the Gates of Merenwyn, I’ve been the leader of the pack—hard to believe, right? The thing is: I’m half-Fae. So even though my Were side is ready to heed the call of the wild, the other part of me is desperate to take flight. And much as it pains me to admit it, life without Trowbridge is really starting to were me down…

I Am Were, Hear Me Roar.

To make matters worse, the wolves of Creemore want my blood—and the North American Council of Weres wants me dead. So I’m just counting the days until Trowbridge returns from the other realm…and comes to my brave rescue…and becomes my alpha mate. Wishful thinking? Of course it is. But given all the mess I’ve been through already, what’s the harm in doing a little bit of daisy-plucking? Besides, Trowbridge owes me bigtime. A girl can dream. 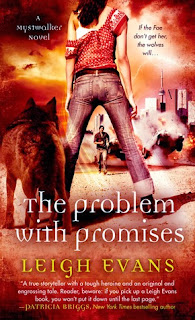 Robson Trowbridge, the Alpha of Creemore and my gorgeous mate, tries to protect me, Hedi Peacock, half-Fae, half-were, from all the trouble I get into. The thing is, my past is pretty messy and bad guys keep knocking down my door. Witches, thug bikers, the North American Council of Weres, dark magic Fae, and even an evil wizard are all after me. The Old Mage is the only one I really care about: He has my dear twin brother captive on the other side of the Gates of Merenwyn—not cool. So my alpha love is helping me to keep my promise to free my brother…

YOU CAN’T AFFORD TO KEEP.

Unfortunately, everyone who helps me ends up in a heap of trouble too—including my Trowbridge. Now, I admit I’ve had my moments as a shivering coward, hoping he will come to my brave rescue. The whole Prince Charming thing is hard to shake. But these bad guys after me mean business and those damsel in distress days are over. You know that “last straw” metaphor? That was two straws ago. It’s now or never. Again… 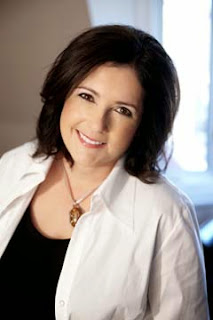 Leigh was born in Montreal, Quebec but now lives in Southern Ontario with her husband. She's raised two kids, mothered three dogs, and herded a few cats. Other than that, her life was fairly routine until she hit the age of 50. Some women get tattoos. Leigh  decided to write a book. A little tardy, but then again, Mum always said she was a late bloomer.
Book 1 in her Mystwalker series, The Trouble With Fate, was published by St. Martin's Press in December 2012, with book 2, The Thing About Weres, following in July 2013. The third book, The Problem With Promises, will hit shelves in February 2014. The fourth and final Mystwalker book will release in late 2014. The series is also published in the UK by Tor-UK.

*Second Prize*
Paperback copies of The Trouble With Fate & The Thing About Weres (1 each, US covers)
1 signed book plate
Mystwalker swag