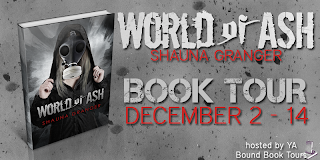 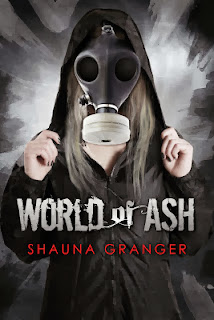 There are two inherent truths in the world: life as we know it is over, and monsters are real.

The Pestas came in the night, spreading their pox, a deadly plague that decimated the population. Kat, one of the unlucky few who survived, is determined to get to her last living relative and find shelter from the pox that continues to devastate the world. When it mutates and becomes airborne, Kat is desperate to avoid people because staying alone might be her only chance to stay alive.

That is, until she meets Dylan. Dylan, with his easy smile and dark, curly hair, has nowhere to go and no one to live for. He convinces Kat there can be safety in numbers, that they can watch out for each other. So the unlikely couple set off together through the barren wasteland to find a new life – if they can survive the roaming Pestas, bands of wild, gun-toting children, and piles of burning, pox-ridden bodies. 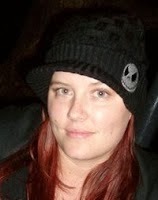 Like so many other writers, Shauna grew up as an avid reader, but it was in high school that she realized she wanted to be a writer. Five years ago, Shauna started work on her Elemental Series. She released the first installment, Earth, on May 1, 2011 and has since released four sequels, with the series coming to an end with Spirit. She is currently hard at work on a new Urban Fantasy series, staring a spunky witch with a smush-faced cat named Artemis.

Review
This is my first book by this author, but I will most definitely be checking out her other works. Not only has she written a book with believable and relate-able characters, but she has also managed to create mildly terrifying post apocalyptic world filled with disaster and freakish villains hell- bent on INFECTING THE ENTIRE HUMAN POPULATION WITH A MAGICAL PLAGUE. Yes, you heard me. MAGIC. PLAGUE. I know that some of you who read disaster books and criticize the lack of science are saying, "Pssht. Not reading this book. Next." And that's okay. Because as I have so generously pointed out to you... the book has magic in it. But that does not mean that there is no logic at all. As a matter of fact, our main character is very scientific about her methods of avoiding contracting the plague. (Okay, it is called the Pox in the book, but I refer to it as a plague. It sounds darker my way. Hehe.) I will now direct your attention to the book cover. See, a mask! Which means science and the passage of airborne thing-a-ma-doo-hickeys (okay, pathogens. I'm not that slow) is addressed in the book and is not taken lightly. Which brings me to the point of my random "science" tangent. I think that even if you are not a complete fantasy/sci-fi/ paranormal/supernatural freak like myself, *wiggles eyebrows* you can still enjoy the book! :D Unless you are really anal about it, in which case, I just warned you about the magic and you can leave the book to the fantasy geeks. I will admit that the appearance  of the bippity boppity boo aspects threw me off at first, but only for about eight seconds. After those initial few seconds, I was actually MORE excited about reading the book. And read, I did. Four hours and two red, puffy eyes later, I was a very content little bookworm sitting on my couch soaking it all in.

Kat was a fantastic character. She didn't annoy me that much, which is great since the entire book is from her perspective. I really liked her because she was so real. She was a California girl (oh, crap. I hope it was California. I am bad with little details like that.) who loved shopping, primping herself, and cherished spa time with her mom. She is not like so many other lead characters we are getting nowadays who never wear make-up or hair product, but who have gorgeous hair. (I get the appeal to write about that, I do. If reading it would make it true, I would never have to buy frizz- ease again.) However, It is extremely refreshing to read about a girl who had to realign her priorities so majorly after the end of the world hit. She had a real struggle as a spoiled rich kid trying to make it on her own in a rough and dying world where the people are desperate and the food is scarce. I thoroughly enjoyed reading about her struggles (Not in a sick way.. I mean.. I just. *sigh* You know what I am trying to say.) and how she overcame them.

Dylan was a nice little addition to the story. He brought a little bit of laughter and fun to the seriousness of Kat's character. Their meeting and her eventual acceptance of his companionship was well played out.

This one character was a delightful addition to the story. (: And I love that the author thought to include something as important as him in the book. That was very thoughtful on the author's part. *nods* Cute. Very cute.

And now.. *drumroll* The villains! As is expected in an end of the world novel, there are both crappy people and wonderful people. And then there are Pestas. O.O Who simultaneously freak me out and intrigue me at the same time. That is all I will say about that. Verdict on villains? *thumbs up* I wanted to punch some in the face and run screaming from others, so, mission accomplished. You, know. If that was your end goal..

Crap, this review is long. Okay, speed round:
Loved the concept
Loved the characters
Bad guys were pretty bad
There were some hot guys (hehe *sigh*)
I laughed a little
I sighed a little
I frowned some
Romance was cute. I assume it will be a bigger aspect in book 2. Looking forward to it.

Did I leave anything out? Hmn... Ooh, ooh! There is this one crazy thing that I cannot wait to learn about! And that, my cyber peeps, is where I shall end this long-a** review.