Dark Genesis is a new YA paranormal fantasy from the creator of the Hunters of the Dark series.  You can get your copy of Dark Genesis now for FREE by filling out the Rafflecopter below.  Everyone who enters also has a chance to win a $40 gift card to Amazon or Barnes & Noble – it’s your choice!! This is an international contest and everyone who enters can choose their e-format of choice to receive their copy of Dark Genesis for free from Smashwords! And did I mention the $40 gift card?! 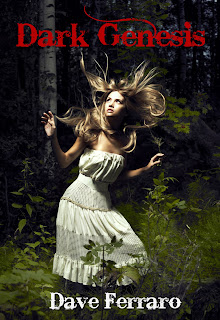 "Alyssa opened her eyes to darkness. And in the first flash of light provided by a gathering storm, she could make out a ring of bodies surrounding her.

With no memory of who she is, Alyssa stumbles into a dark world populated by witches. The witches are powerful, and demonstrate frightening powers, but even more terrifying are the monsters who rule over the land. Vampires, werewolves and other awful creatures of the night have taken over, forcing the witches behind stone walls, afraid to venture outdoors. But Alyssa finds that as she kills certain monsters, memories return to her, memories of a life on Earth, and the boy she left behind.

The quest to collect her memories and piece together the puzzle of what has happened to her is a daunting one, with betrayals and sacrifices every step of the way. But Alyssa is determined to fight for a world that is not her own, destroying powerful monsters along the way, so that she can return home to the boy she is coming to love through the memories she recollects."


Alyssa has just woken up to a place she doesn’t recognize. What’s even weirder is that there are vampires, werewolves, witches, and other unimaginable creatures that live there. She has no memory of who she is and how she got there, and is looking for answers. She rescues a group a woman along the way and kills their master, who mistakenly has the same pentagram she woke up in, branded on his skin. And when she kills him she gets part of her memory back. This sets up a chain of events that will change her life forever.

She is on a journey to get her memory back and help the friends and the world that she has come to love, but no one said it would be easy. She will have to face many monsters along the way and will question that maybe she is the real monster after all.

I didn’t really know what to expect from this book, but it wasn’t what I thought it would be. It was full of adventure, awesome battle and death scenes and the story line was very original. It felt like I was actually there with them. The world that Mr. Ferraro created is magnificent. His imagination is incredible and he adds new monsters to the mix as well as putting his on twist on things.

I loved the adventure in this book and the not knowing. Why is Alyssa there and what is she supposed to be doing there?  I know that this book took a long time to write and took a lot of effort and it shows in the story. I knew I was going to love this book, the moment Alyssa killed her first vampire. I was skeptical at first, but once that happened, I was hooked. I couldn’t seem to be able to put this book down. It’s one of those books that you read and you say you are only going to read a few more chapters and end up reading half the book. The only reason I stopped reading it was b/c I needed sleep.

All that being said, I wouldn’t change a thing about this book. All the characters were highly enjoyable and I loved how each of them had a role to play. It just wasn’t Alyssa doing all the work. If it had been, it wouldn’t have been as great. I wish I could tell you about all the characters in the book, but there were quite a few so, I’m just going to narrow it down to just three. I think this book is going to be a hit for a lot of people and I think everyone should know about it. It has a little bit of something for everyone.

Alyssa- She has no recollection who she is. She is a lost soul in a strange world. She has to come to terms with all the things that she learns there, most of them unbelievable. She adapts to the world extremely well and she is one bad a** character. She tires not to make any attachments to anyone. She knows that she is going to have to leave one day, but it’s kinda hard not to form attachments, when they are all risking their lives for her.

Vessa- She is a witch with a very unusual power (one I’m not going to tell you) :D She is a lot like Alyssa with not trying to get close to anyone. In the beginning she is a real hard a**, but as the story progresses you can tell it was all an act.

Parker- The ladies man. The first time Alyssa meets him he is getting caught in the act. Alyssa tells herself that she is going to avoid him at all cost, but its hard to when he is always there for her. He is a loner like her as well, never really staying in one place for very long. So, when he hears about Alyssa’s journey, it’s the perfect escape for him. And it is interesting how much he changes through the course of the book. 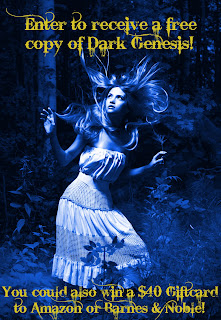 And when you enter be sure to put Book-Marks the Spot as the Blog that referred you. Thanks!!! :D