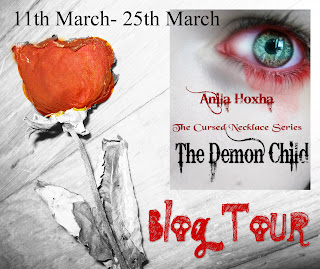 After her mysterious disappearance, everyone thought that the six years old Anne Marie Bordoleau was a victim of the “animal” attacks that was terrorizing New Orleans lately. Only her big sister thought otherwise, because of the terrible visions she had at night where Anne called her for help. But looking for Anne isn’t easy. There are secrets revealed, ancient prophecies, and legends. It’s a dark world, where even angels can fall.
How can she save her sister from the evil, if her sister is the evil itself? 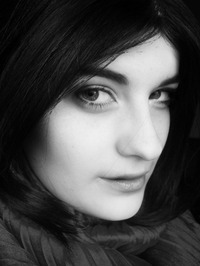 Author Bio
Anila Hoxha
You would probably find her disguised in a dark corner of her library, reading a book, trying not to make any noise, afraid that she might disturb Dracula, who is hiding at the third floor of her house in Albania. Now, don’t even ask about how he came from his castle in Romania, to Anila’s house.
Anila is a horror writer, a bookworm and Dracula’s number 1 fan. When she was little, she wanted to be a vampire hunter, but now that she found out the world was so boring and without vampires, she decided to be a vampire writer. Her book “The Demon Child” it’s something between gothic horror, dark fantasy, urban legends, paranormal romance and mythology.