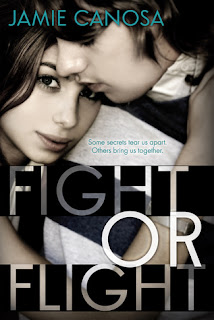 Blurb:
Be smart.
Keep your head down.
And look out for number one.

These are the rules Jay has lived by for the past two years. The rules of surviving life on the streets. But when Em comes bursting into his life, in all of her disastrous glory, the rules go right out the window.

Survive.
Flee what’s been left behind
And never look back.

Em’s plan was simple. Though, it was easier said than done. The city streets are dangerous and unforgiving to a new arrival. Especially, a seventeen year old girl who’s never known anything but life in the suburbs. Sometimes, however, what’s lurking behind those white picket fences can be more frightening than any dark alley.

Both of them made the same decision when life got overwhelming—to run from their demons. Brought together by fate or circumstance, Em and Jay find the kind of love neither of them ever expected. But when those demons come back to haunt them and their love is on the line, which instincts will they choose to follow this time . . . Fight or Flight?
*Warning: This story includes mature language and themes, and is intended for mature audiences.

Emerson’s feet pounded the sidewalk, through puddles, across streets, around corners, and down alleys. She didn’t stop. She didn’t slow down. She didn’t know where she was going or if anyone was actually chasing her. She just needed to get away. Away from the threat of being sent back. Back to him. As far away as she could get.
When her legs shook from exhaustion and she couldn’t get enough oxygen to breathe, she finally slowed, ducking into a particularly dark alley and collapsing against a graffitied wall. Above her, the dark sky cracked. In the abrupt flash of light she could see the ripples flowing through the numerous puddles spanning the length of the alley. The next flash highlighted the puddle at her feet. She gazed towards the ground, watching the small droplets of rain drip from the ends of her hair and fall into the pool of water in a daze. The night air had cooled to a temperature seasonally low even for fall months, and slight shivers ran down her spine.
Rocking back on her heels, Emerson looked up into the dark night sky, allowing the rain drops to stream down her face and mingle with her tears. What was she doing here? Was she just lying to herself that she could do this? That this was the answer? Was there an answer for her at all? Did she even deserve one?
A siren’s high pitched wail pierced the steady pounding of the rain, and as the flashing lights grew nearer the noise overpowered the thunderous sounds of the night. The alley filled with flashes of blue light, and she knew she had to keep moving. There would be no rest for her here. 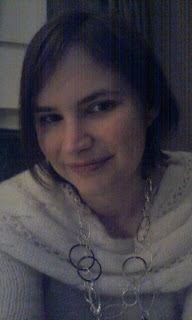 Jamie Canosa is a full time author of YA literature, which she absolutely loves. When she’s not writing or spending time with her family, she can usually be found with her nose in a book. She currently resides in Upstate NY with her husband, and their three crazy kids . . . plus the dog, the bird, and the rabbit.

Her debut novel, Dissidence, was published in 2012 along with several novellas, including the first in her Heart and Soul series, ‘Temptation’.