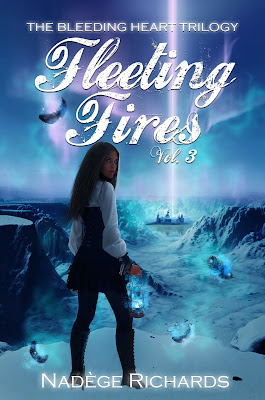 The day fades and the night weakens, bringing with it a new dawn we may never see. The annihilation of New Haven was only the beginning. With King Cyrus still on the loose and a forbidden past still yet to be discovered, Echo Abbeny is finding that her entire existence relies solely on one thing—the acceptance of her gifts as hybrid and the godly abilities she can’t even begin to understand. Or control. Ayden and Kahl are both destined for her love and won’t stop until they’ve claimed her heart, and they’re proving to be an even greater temptation than she could have ever dreamed. And when rumors of a mysterious kingdom in the Sunken City begin to spread like wildfire, spurring chaos between the Xavians, the race against the King and the clock begins…  In the third and final installment of The Bleeding Heart Trilogy, the hour is of the essence, every move will be watched, and death lurks at every corner. A war will be fought and there will be blood to pay. As one of the last oracles on earth, Echo will have to trust herself like never before.

Deceiving Destiny
By Nadège Richards
The Bleeding Heart Trilogy, #2
Published: December 22nd 2012
Page Count: 304
Genre: YA Romance/Dystopia
Available on: Amazon.com
Add it on Goodreads
When your destiny lies in the hands of your enemy, there’s only one thing you won’t do to save the ones you love...

Now free from the walls that confine New Haven, the place she had once believed to be her home, Echo must find a way to put an end to a war only she has the power to stop. She has yet to discover her true abilities as a hybrid leader, but what happens when the dreams that plague her become something more? Someone more? In the midst of exploring her love for Ayden and venturing through forbidden lands for a key that will explain everything, Echo finds Kahl—the boy that haunts her in her sleep, yet has the hidden answers she seeks. And Echo will do just about anything to get them. In the second installment of The Bleeding Heart Trilogy, relationships are put to the test, dreams become desires, and ultimately one girl will discover her purpose in a promised legend written in stone.

In a world that has been divided amongst the Hunter race and the Warrior, prisoners who have fallen prey to King Cyrus' decrees are forced into the arena to fight until death. Winner is granted mercy and privilege to see another sunrise. Death unto the weak. In an attempt to get back at everyone who has ever shut her out, seventeen year-old Princess Echo becomes another victim, dragging Ayden, her forbidden love, along in a race to freedom, to find out who she really is, and to put a world that has been swallowed by lies back together again. In the first installment of The Bleeding Heart Trilogy, life becomes a dangerous game of kill or be killed, love or let go. When death threatens the forbidden love of an unlikely couple and they are forced to do the unthinkable, to what extent will they go to be together?

“Want to tell me what’s going on here?” Jakob asked from beside me.

I guffawed. “You mean beside the fact that he locked Echo and I up underground for days and somehow filled her head with his shit?” I rolled my eyes and pinched the bridge of my nose. “If not that, there’s nothing else.”

“Coward,” I shot back, my eyes burning with the challenge.

“R—” Kahl closed the small space between us and gripped my shoulders, pushing me into a wall. “I didn’t have to do much for her to remember!” he rushed to say, a gritted whisper. “But you made her forget—forget me, forget everything. If she wasn’t so foolhardily infatuated with you, you wouldn’t even be alive right now…”

My jaw clenched as the people walking by stopped to stare at us. Conroy, Jakob and the others had slowed to turn back.

“So that’s what this is about. Echo? And not just her, but your past with her.” I shook my head and smiled. “Since we haven’t much time to spare with your idiocy, stop thinking you’re the only one who can help her, Zimmerman,” I grounded. “Infatuation? Were you not the one who had us in cages? I know we just met, but by my book, dragging someone to your own personal Hell is not the way to soften them up.” I kicked off the wall and came to stand in front of him. I was taller by an inch, give or take, and my fists clenched at my sides with the dire need to hit something, anything. “Stay away from her; her past with you is minuscule. Know you’re place, because it damn sure is not by her side.”

I pushed past him, my shoulder knocking him off kilter, and averted Conroy’s gaze as I made my way to the front of the group. 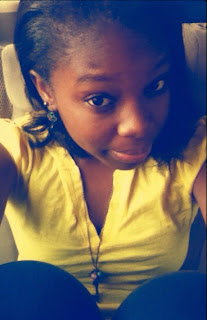 Born in New York and raised in Pennsylvania, Nadège Richards has traveled to six other states and two countries, but aspires to travel the world some day. Forever a lover of Art and all things pertaining to Literature, she hopes to obtain knowledge from her writing career, rather than popularity. She wrote her first novel about aliens and goats in the 8th grade and has had a passion for story-telling ever since. Her friends and family are her biggest inspiration. She enjoys being part of the Indie community and sharing her stories with the world.

When not reading, writing, and blogging obsessively, she’s usually found hiking, studying, camping, or at home with her family. She’s been a martial artist for two years, a singer for three, and always seeks a common ground in everything. She considers her writing very personal, as she’s always been a private person. She enjoys writing about what could or should happen, rather than what did happen—she’s a dreamer and a procrastinator.