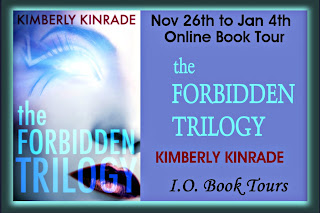 "The plot is very ALIAS and DARK ANGEL-like with X-MEN as its backdrop (awesome combo!)." ~Sour Skittles Book Blog

Paranormal teens with unimaginable powers. A secret organization with deadly intentions. When Sam, a girl who reads minds, meets Drake, a boy who controls minds, they discover their lives aren't what they thought.

Together, they must escape their fate and free their friends, before they lose everyone they love.

This special edition omnibus includes the entire Forbidden Trilogy--Forbidden Mind, Forbidden Fire and Forbidden Life, as well as extensive bonus content. Meet the author in an in-depth Q&A, get to know your favorite characters better, enjoy never-before-revealed interlude scenes and so much more.

My employers pay me well to be right, to know things others can't. But I don't know why they brought that boy in, strapped to a stretcher, barely conscious. He asked me for help when I could give none.

I know, because I can read minds.

My name is Sam, and this is my story.

The first book is set in alternating viewpoints between the two main characters, Sam and Drake, which I love. alternating view points allows me to get into the characters heads and gives the story more depth- I love it. The whole premise if the book is fascinating. A private institution that houses students with special abilities. Only, the twist is, this school uses the students as spies and sends them out on assignments. Sam has no problems with being used as a spy. She does not even know where the school is located. She is content to hang out with her best friends, go on the occasional assignment, and work on her art. That is- until she meets Drake. Cue a series of events that will change her life forever. The villains are wicked, the heroes are awesome, their powers are cool, and the action will keep you reading. After finishing the first book, I started immediately on the next. :) This book has been compared to Xmen (which I adore.) and there are a few similarities. But mostly this book is in a category all its own.

Forbidden Fire
"She escaped, but she'll never be free."

"Time held no meaning as my mind darted in and out of memories. Past and present collided to create a full-sensory collage out of my life: playing hide-n-seek with my best friends Luke--who always cheated by walking through walls when he was about to be caught--and Lucy; Mr. Caldrin critiquing my sketches and offering ideas to make them more realistic; targets changing faces, blending into the same person, their thoughts rippling through my mind like waves. Through it all, a demon stalked me from the shadows of my memories, never quite showing its face, but crouching, waiting.

Sam and Drake may have escaped, but they aren't free—not with a powerful Seeker after them. As Sam struggles with the ethics of her new powers and embraces a blossoming physical relationship with Drake, Lucy and Luke face challenges of their own.

With forces coalescing inside and outside the Rent-A-Kid dorms, it's only a matter of time before the fire they started forces each of them to make choices they can't undo. But will it be enough to save them?

The second book welcomed the addition of a few new characters. I have read a few other books that have multiple points of views outside of the two main character's and find that it annoy's me to be taken from the main conflict for too long. However, I fared much better with this series, since it was Lucy and Luke. Also, sometimes it is necessary to follow other characters to get better background knowledge of the story. I noticed that the story followed them more and more.  It was not a bad thing, but just something I noticed. They are pretty cool characters. The action continues in this book and you never know what is going to happen! It is frustrating and exciting at the same time. I loved it. The bad guys get worse and the action keeps you turning the pages looking for more. cannot wait for the conclusion to the series.
also, some pretty deep stuff going on throughout this series. My emotions are everywhere.

The road to redemption begins in darkness.

A sinister force waits for them in darkness, ready to devour their powers and take their lives.

Sam's baby is the key to a lock that must never been opened. To keep her child safe, Sam will do anything.

Drake might have found a way to get his powers back and save his family, but is it too late?

Luke and Lucy uncover secrets in an organization they thought they could trust, and the lives of all Rent-A-Kid children are at stake.

In this last Forbidden Trilogy installment, the secrets to Rent-A-Kid will finally be revealed.

This book spread the story between more characters. Again, I am ok with it in this series. I love Lucy and Luke. There was more romance and action in this book. I mean the action explodes in this book. It is my favorite book of the trilogy and I have come to love all the characters. There is so much more to this series than just kids with superpowers. There are real world conflicts and friendships made. At some points in the series, my heart was ripped out, but I handled it.. barely. This book is so different and I genuinely enjoyed it. I find that I liked Drake a little less than I did in the beginning, but I have a greater love for the remaining characters than I did when I first started the series.

This book has Romance, friendship and Adventure. I had to put the book down at some points to get control of my emotions, but I always came back for more. 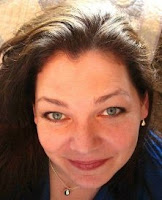 Kimberly Kinrade was born with ink in her veins and magic in her heart. She writes fantasy and paranormal stories for children, YA and adults and still believes in magic worlds. Check out her YA paranormal novels Forbidden Mind and Forbidden Fire and her illustrated children's fantasy chapter books Lexie World, and Bella World, all on Amazon.
She lives with her three little girls who think they're ninja princesses with super powers, her two dogs who think they're humans and her husband, also known as the sexy Russian Prince, who is the love of her life and writing partner.

GO HERE for a list of her books
For a fun fan experience, join the team at I.P.I. at
For kids and parents of young kids, join the Lost Kids at
find her on Goodreads HERE