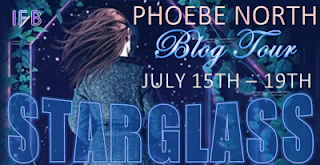 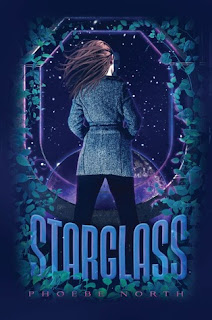 In this futuristic, outer space thriller, Terra has to decide between supporting the rebellion she believes in—and saving the life of the boy she loves.
For generations, those aboard the Asherah have lived within strict rules meant to help them survive the journey from a doomed Earth to their promised land, the planet Zehava–which may or may not be habitable, a question whose imperative grows now, in the dwindling months before touchdown.
Sixteen-year-old Terra’s situation is tough. A dead mom. A grieving dad. A bitchy boss, and a betrothed who won’t kiss her no matter how bad she wants it. She’s doing her best to stay afloat, even when she gets assigned a vocation she has no interest in: botany.
But after Terra witnesses the Captain's guard murder an innocent man, she's drawn into a secret rebellion bent on restoring power to the people. The stakes are higher than anything she could have imagined. When the rebellion gives Terra an all-important mission, she has to decide where her loyalties lie for once and for all. Because she has started to fall for the boy she's been sent to assassinate... 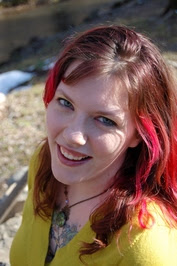 Phoebe North spent the first twenty-two years of her life in New Jersey, where she lugged countless library books home to read in the bathtub, at the dinner table, in front of the television, and under the blankets with a flashlight when she should have been asleep.
After college, Phoebe went south, enrolling in the University of Florida’s MFA program to study poetry. But after studying children’s literature with kidlit scholars (and geniuses) Kenneth Kidd and John Cech, she started writing books about magic, robots and aliens for teenagers. And realized she loved it almost as much as she loved Star Trek IV: The Voyage Home.
Now, Phoebe lives in New York State with her husband, and many licensed novels. She likes to cook, watch Degrassi, sew, take her cat for walks, and, of course, write. Despite many soaked pages, she still loves to read in the bath.

Review
I am going to skip the brief summary I usually give so as not to accidentally divulge stuff… muahaha.

I have been reading a lot of books about space lately. I just seem to be in a space mood. And some of them have been sub- par. But this book was pretty freaking good. There was no insta- love (OMG YAY! BONUS. PRAISE BE, HALLELUJAH… and all that jazz) and the main character, Terra was very likeable and relatable… for a girl who lived in a spaceship all her life. ;)

This book was equal parts mystery, fantasy, and romance. The romance, however, was so totally unexpected! I am still wrapping my head around that and cannot wait for the next book to see how that progresses. I love the twists in the story. There were some things that I did not see coming, but that is not a bad thing. The author keeps you on your toes and keeps the wheels in your brain spinning, trying to piece together the conspiracy and the other confusing aspects of the story. There are sort of two separate story- lines, but the other one is very minor and does not take away from Terra’s story.

I mentioned earlier how she is very likeable and relatable. She is a real character who tries to think things through, but knows her shortcomings. When she is given a hard spot in life, she tries to make due and for that she has my respect. I am not sure I could have handled being in a job I didn’t want as well as she handled it. Especially since she had such an obvious passion for something else. (:

The whole [living in a spaceship] thing and having your jobs picked out for you mixed in with the Utopia (well, striving for Utopia) world was a fascinating concept.

The villains, man…. The villains! They were not necessarily hardcore.. but they were cold- blooded. (:

All in all, this was a highly enjoyable read with fantasy, romance, growing relationships, friendships, and a Utopian world on the brink of change. It was different. Boy, was it different…. And sorta weird. But I (me, Snyder, this gal here)enjoyed  the mess out of it. ;)


Favorite Quotes
Ok, they may be quotes or just lines from the book. Since the book is told in Terra's viewpoint, I will just think of them as brain- quotes. ;) And no, that's not weird.

But the flash of anger that I felt was accompanied by a hearty side of guild, too. My emotions had been fickle lately. Even I wasn't sure that I could trust them.

"And trade the council's goals for the goals of the unwashed masses? That's the problem with picking sides, Terra. You end up fighting for someone else. But who is to say that someone else has ever been fighting for you?"

"It's hard, on this ship. So few choices. Such claustrophobic air we must breathe."


I am going to stop now. But just know that I had a bazillion more highlights on my kindle. There were some pretty powerful excerpts with some pretty words or imagery, strong feeling, and more quotes. But i had to pick a few. *sigh*

Well, that just about covers it, folks! I hope your interest was piqued enough to at least check the book out!