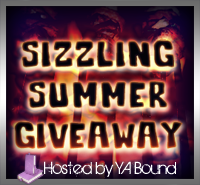 To find more participating authors/bloggers click on the banner above. :D 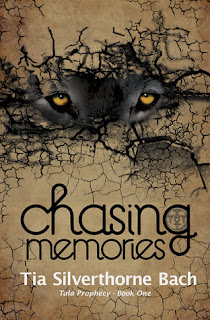 There isn’t another way; not now. The others are coming. I can’t let them have you…

Seventeen-year-old Reagan has a problem: she can’t remember what happened the night her brother was taken. Now, the dreams haunting her from the incident are becoming more intense by the day. All the while, the lines between what’s real and what’s a product of her paranormal-obsessed mind are becoming blurred.

Is she losing her mind or has she just stepped into a world she thought only existed in books?

Caught in a web of worried parents, competing boys, Wiccan relatives, protective amulets, and psychiatrist babble, Reagan must determine the truth before it’s too late.

When I write a book, I imagine certain actors as my main characters. Not only does it help with descriptions and mannerisms, but it also leaves me prepared in case someone ever wants to make my book into a movie. A girl can dream!

In Chasing Memories, Reagan is devastated when she wakes up and is told her brother is gone. Weeks before, she had visions of prom dancing in her head. Now, her dreams are filled with screams and piercing gold eyes.

Since Reagan is a red-headed teenager with a good amount of spunk, I always imagined Emma Stone (especially in her Easy A role) playing the character. Reagan is at times fragile and at other times pure strength, and Emma Stone has an amazing range. Rafe is the new guy who comes to town and immediately piques Reagan’s interests, even though she finds him unsettling. In my mind, he was played by Avan Jogia (soon to be in Twisted on ABC Family). He’s sexy, yet mysterious—just like Rafe.

In every book I write, and every book I plan to write, there’s always a role for Hugh Jackman. He is equal parts Wolverine and romantic hero with some Les Miserables thrown in. In Chasing Memories, he would play Reagan’s Papa. It’s a small, but pivotal, role.

Do you imagine actors/actresses when you are reading a book?

As a reader, I can get quite upset when I hear about casting—especially with books I love. Let’s just say Robert Pattinson was originally a tough sale for Edward (although he won me over in the end).

But, at the end of the day, it’s all about breathing life into the characters we care about.

Tia Silverthorne Bach is an avid reader, sometimes runner, involved wife and mother, and rabid grammar hound in addition to being a multi-genre writer. Her three daughters were born in Chicago, San Diego, and Baltimore; and she feels fortunate to have called many places home. She's the award-winning co-author of Depression Cookies, a coming of age story written with her mother. Tia's office is wherever her laptop takes her and any place that's conducive to allowing a wild imagination like hers to flourish.