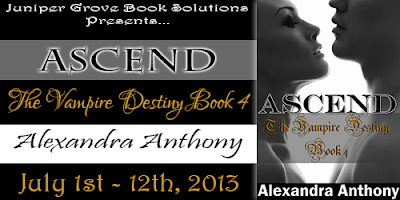 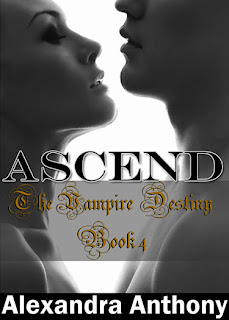 Synopsis:
Waking up as an immortal…

Josephine Anderson awakes as true vampire, leaving her half-human life behind.  She has little time to adjust to the change however; her evil father has gone missing and wants nothing more than to destroy her and her vampire mate, Stefan Lifsten.  But they have other plans…

Secrets and revelations are revealed…

Josephine and Stefan head back to her childhood home to search for the lost journal her uncle kept – a journal that may unlock Stefan and Josephine’s shared past.  While searching, Josephine’s world is once again turned on its axis when she meets Liev Banin, who reveals a long-kept secret that will change everything for Josephine….and her family.

Still reeling from their discovery, they are rocked to their very core when a trusted friend betrays them…and threatens to destroy them all.

Stefan reluctantly lifted his mouth from mine, his lips moist and kiss swollen. He pulled back and rested his head on his hand, leaning over me. His fingertips traced along the side of my cheek and down the curve of my jaw as he studied my face carefully. When his blue eyes finally met my gaze, his hand cupped my chin. His gentle touch made my breath catch and my bottom lip catch between my teeth. His thumb tugged at my lower lip, pulling it loose. “I fear things, Josephine. I do not know how it is possible to remember something that has been forgotten. And if I do remember, how do I begin to live with myself knowing I forgot about you…about us? How does one disregard such an important memory?” He sighed and his hand dropped to drift down my neck. “You have given up so much of yourself already...you have given up your life. I do not want you to lose yourself in this mission to remember. What will happen if what we discover is too much for you to bear?”

His words stunned me for a moment. My emotions, already harried, were warring between agreeing with him and pure anger. Did he think I would walk away from discovering something so important to us both, regardless of the outcome?

Pushing away from him, I sat up, letting the sheet drop to my waist. "I won’t lose myself. And Stefan, I’m still the same person and I will be regardless of what we find out. I’ll still be the same woman that melts when I hear your voice say my name, that aches to feel your skin against mine and has loved you for longer than we both know. But if I do lose myself, you'll be right beside me to bring me back. There is no you and me, Stefan. We're one being, one soul...en själ. That much I know."

"En själ." Stefan murmured thoughtfully. He seemed surprised to hear his own language roll from my lips so easily. His cerulean blue eyes became glassy, gleaming in the soft lighting. He blinked twice, but they stayed locked to mine. "One soul.  Ett hjärta. One heart."

He placed his hand between my breasts and I intertwined my fingers with his. His pink tongue swiped across his lower lip as he echoed his own words, barely louder than a whisper. "En själ. Ett hjärta. Evinnerligen."

One soul. One heart. Months ago, I would have been petrified to even think those words, let alone agree with them but now…now I knew it was true. There was no reason to deny the truth. I was created for him, as he was created for me. You could come up with a million corny ways to describe the bond we share, but we were two halves of one whole, only complete when together.

I fell back into the soft cocoon of blankets, dragging Stefan back with me. I burrowed my head into his chest, inhaling deep, greedy breaths of his heady scent. I’d given up trying to focus on his mind anymore. It was like a beehive, humming with thoughts and out of control emotions. We’d both been silent for quite some time, content in each other’s arms. When he finally spoke, his deep, lilting voice startled me.

“From the first moment I saw you, my heart knew you. I do not need a memory to know this much.”

His love and adoration barreled through the bond, encasing me in contentment and happiness. Raising my head from his chest, I moved to cover his body with mine. Despite his hulking size, we aligned perfectly; my soft curves molding against the chiseled, hardened muscles of his body. “Your love for me never has wavered, Stefan. It took me awhile to get there, but honestly, it’s always been you. And it always will be.” 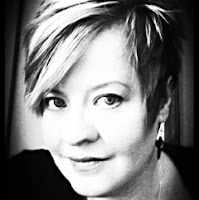 Alexandra lives in the Midwest.  She enjoys a steamy romance, a happy ending and isn’t afraid of things that go bump in the night.

Giveaway Details:
There is a tour wide giveaway for an eBook copy of Ascend (INT)