Welcome to the book blitz for Chaperoning Paris.

Feel free to spread the word about this new novel by 'stealing' the Facebook Banner  or 'sharing' this post to your Facebook, Twitter, Google +, or any other platforms. If you would like to 'host this post' on your own site to spread the word, an HTML of this post can be found HERE. [If you post this HTML to your blog during the time the blitz runs, be sure to claim an entry for the promotion by filling out this form. If you use the HTML after the 28th, be sure to delete the rafflecopter section, as the giveaway will be expired by then. You are still eligible to enter the host giveaway by posting the edited HTML (no rafflecopter) on your site between now and the end of the host giveaway on July 1st, however.

I hope you enjoy reading about Chaperoning Paris and be sure to enter the tour- wide Rafflecopter giveaway for an Amazon Gift Card at the end of this post. 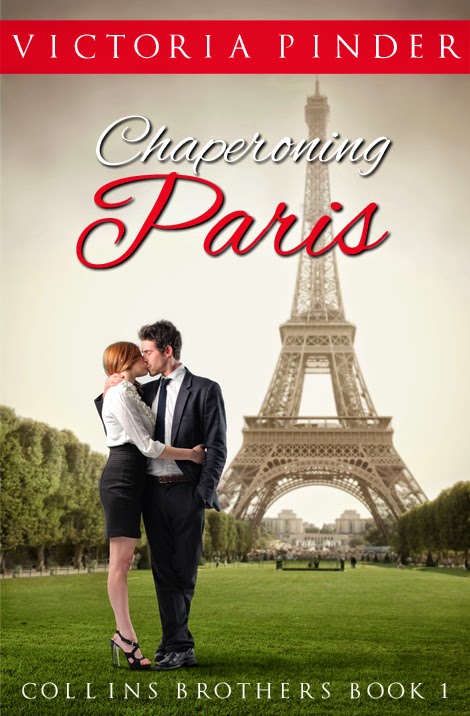 Amazon | Goodreads | Youtube Trailer
Gigi Dumont never forgot how she walked away from the only man she ever love.


She’s a teacher who has led her students to the finals of an international French competition to be help in Paris. The night before the trip, the Principal tries to cancel the trip before he, in turn, loses his job to her high school boyfriend, Sean Collins.


Sean Collins has survived cancer, a divorce , and Gigi having aborted their child back in high school. He assumed he’d hate her, if they ever crossed paths again. But he discovers she’s exactly what he wants.


When Gigi and Sean are stuck together for a week in Paris, Gigi feels she has lost all her control. How can she survive her attraction to Sean? The man’s sexier now than he was back in the day, and once upon a time, he’d had her heart. She finds herself falling for him, even knowing forever is impossible.

Victoria Pinder grew up in Irish Catholic Boston before moving to the Miami sun. She’s worked in engineering, after passing many tests proving how easy Math came to her. Then hating her life at the age of twenty four, she decided to go to law school. Four years later, after passing the bar and practicing very little, she realized that she hates the practice of law. She refused to one day turn 50 and realize she had nothing but her career and hours at a desk. After realizing she needed change, she became a high school teacher. Teaching is rewarding, but writing is a passion.

During all this time, she always wrote stories to entertain herself or calm down. Her parents are practical minded people demanding a job, and Victoria spent too many years living other people’s dreams, but when she sat down to see what skill she had that matched what she enjoyed doing, writing became so obvious. The middle school year book when someone wrote in it that one day she’d be a writer made sense when she turned thirty.

Now she is represented by Dawn Dowdle of Blue Ridge Literary Agency and she hopes to continue selling her novels that she writes. Moving up to the next level from hard work and determination is rewarding, and partnerships bring new opportunities.

Also she’s the Vice President of Programs for the Florida Romance Writers. She’s gone to multiple conferences and intends to continue. She learns and meets so many people at conferences. Her website is www.victoriapinder.com, and she’ll continue to grow my web presence. She is working hard on other projects and found the time to plan her wedding this year.

Before writing, her father had taken her to many star trek conventions and on her own she grew up as the only girl in the 90s at the comic book store. Science Fiction was her first love, but contemporary romance was her second. She’s sticking with contemporaries for the near future.