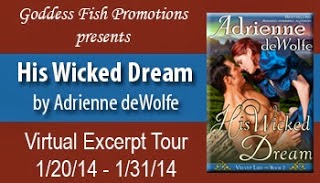 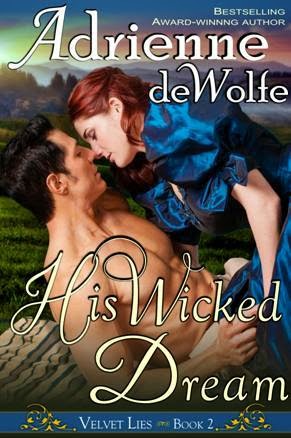 Haunted by scandal, Eden Mallory is determined to start over in a small Kentucky town. But she won't soon forget the sexy, rugged doctor who rescued her from an outlaw, then rode off into the storm.

After losing his kid-brother to consumption, Dr. Michael Jones is obsessed with saving lives. He has no room for love or a wife. But the nights are lonely, and Eden haunts his dreams.

When Eden becomes his backdoor neighbor, she turns his world upside-down with her unconventional healing skills and sweet temptations. Then outlaws return, forcing Michael to confront his past if he is to save the most precious life of all.

In that moment, Michael was lost. He couldn't help himself.

He drove Eden’s spine into the wall, and she squirmed, her nipples hardening like pebbles against his chest. He reveled in the way she clutched his shoulders, in the way she gasped his name. He'd wanted to prove he was a bastard with this kiss, and so he had, but he hadn't expected her to respond like a prairie fire in the wind. He hadn't expected the pretty little maid to explode into the siren from his dreams.

That she was yet an innocent, he had no doubt, for her caress was a tentative one, sliding along his spine, hovering uncertainly above his buttocks. But the fact that this blushing woman-child would stroke him below the belt fanned his fever to a maddening pitch. To hell with the fantasy, he wanted Eden. Eden. And nothing less than this paradise-in-the-flesh would do.

He swung her toward the settee, his mouth feasting greedily on hers. He was intent on filling his lap with her, on gripping those coltish hips between his thighs and liberating those straining nipples from their buttons and whalebone. Had he been given five minutes more, just five minutes come hell or high water, he would have had her stripped to her stockings and writhing in wanton delight.

Unfortunately, God chose that moment to answer his prayer.

Her voice trailed to a gasp. Michael spun, his face burning hotter than his loins. There on the threshold stood his bug-eyed kid sister with a rain-drenched, but equally slack-jawed 11-year-old Jamie.

Abruptly, Michael released Eden. She staggered, and he had to grab her again so she wouldn't topple over the arm of the couch. Sera's grin broadened. Michael ground his teeth. In that moment, he didn't know whom he'd like to kick harder, his sister or himself.

"Jamie, what's wrong?" he demanded, turning his back on the red-faced Eden, who stood so delightfully disheveled and kiss-dazed. He was annoyed to find his breathing so ragged.

The boy looked past him, blinked suspiciously at Eden, then said, "I didn't know you had company."

"I declare, Michael." Sera snickered. "There's no cause for you to take your embarrassment out on—"

"Is it private, Jamie?" he interrupted, tossing his sister a daggerlike glance. "Man business?"

"Man business indeed," Sera taunted as he swept past her.

He ground his teeth.  He wanted to wring her neck.

But he wanted to flee the scene of his crime even more. 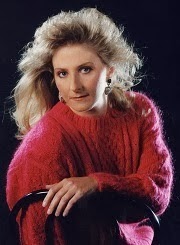 
Adrienne deWolfe is a #1 best-selling author and the recipient of 48 writing awards, including the Best Historical Romance of the Year for Texas Wildcat (Book 3, Wild Texas Nights) and Doubleday’s Book of the Month Selection for His Wicked Dream (Book 2, Velvet Lies.) Adrienne is excited to announce that she will be donating a portion of her royalties from the Velvet Lies Series to urban reforestation efforts.

Fascinated by all things mystical, Adrienne writes a weekly blog about dragons, magic, and the paranormal at http://MagicMayhemBlog.com to help her research her upcoming paranormal romance series. She also writes a weekly blog featuring tips about the business of writing at http://WritingNovelsThatSell.com. She enjoys mentoring aspiring authors and offers professional story critiques with her book coaching services. 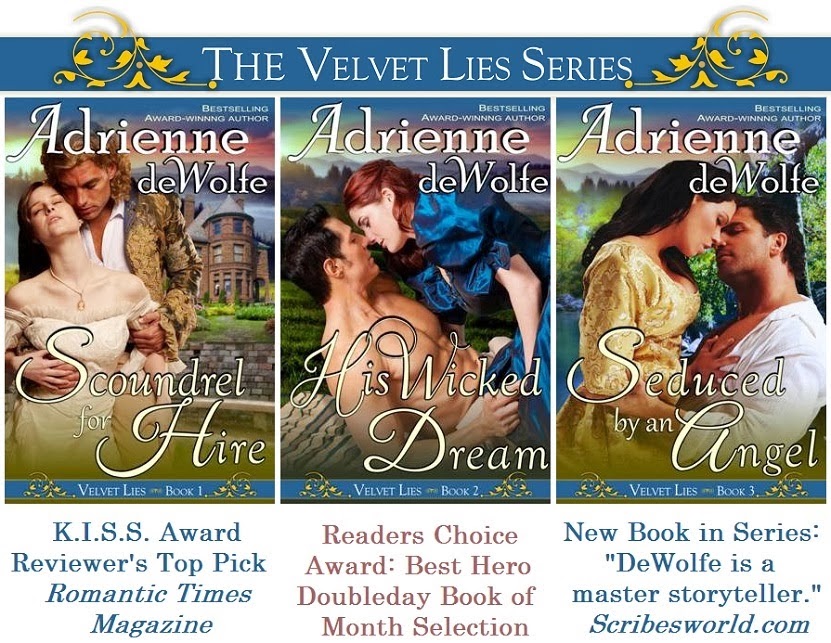