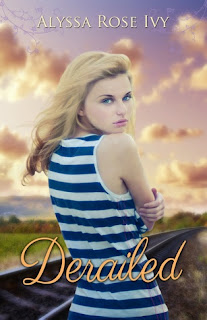 When you're lost, sometimes the only place you can go is home.

Broken over the death of her fiancé, Molly leaves law school to return to her childhood home in North Carolina. Expecting to lay low until she can figure out what else to do with her life, she finds herself in the arms of her high school sweetheart, the boy who represents everything from the past she tried to leave behind.

Looking for an escape, she instead finds a way back to the girl she almost forgot existed and a future she never dreamed possible.

I apologize in advance for my very..... um... COLORFUL review. hehe. I was just feeling the rainbow today. Must have been those skittles I ate........

Before we go on, I want to point out that I stumbled on the amazon page for the link to this book and saw that it was free on Amazon Kindle right now. I have no idea how long it will go on, so get your free copy now! It really is a sweet book. GET IT! lol


Tiffany wrote a short review on goodreads around a month ago, so I am going to include her short review in here as well.

"Ok on a serious note I've only read two of her books, but I will read anything that she writes. She is a genius!!!! So much emotion in this one, had me crying in a lot of parts. I really really enjoyed this book. I stayed up until about 2 a.m. and had to get up at 8 a.m. So you know you it had be good. :D"

(She rated it 4 stars on Goodreads)

Having previously reading and enjoying Flight by the same author and with Tiffany's   positive review of this book, I decided to give this series a try.

The premise itself and the story-line itself intrigued me. A girl dropping out of law school because she is too depressed to really care about law anymore. After the death of her fiance, guilt is eating her up inside. She up and leaves in the middle of her classes with no money, no job, and no prospects for a job, and basically no future. She is depressed over the loss of her fiance, who I believe died nearly a year before.

The dead fiance, Adam, kind of grew as a character to me in the first half of the story. Random things would remind her of him and I started to feel her grief over the loss of someone I thought she loved. She would think about what their future was supposed to be like and I could understand why she was so depressed over his death. I mean, I would be, too. She sounded like she genuinely loved the guy.
My feelings for the guy changed at a later date, however. What? How could my feelings about a dead guy change, you ask? Well, I am not spoiling it. You have to read the book.

Molly (the main character) describes herself as a sort of debby downer and tells Ben (the old boyfriend) that she wants to stay away from him. However, she does not make much of an effort to stay away from him and does not stick to her guns to keep their relationship casual. She is not a very motivated individual. ;).  While her depression peeks through sometimes when she is with him. Most of the time, he makes her happy enough to keep the sad thoughts away. She is really damaged in this book, but I feel like some of her issues were resolved pretty quickly. No, resolved is not the right word. They were lessened to a great degree, but not resolved. She was a weak character when it came to her self worth and drinking, but she was strong when it came to morals and not her desire to not hurt others.

The old high school boyfriend, Ben, is sort of an interesting character. I feel like a needed a little bit more about the how ans why he and Molly broke up. A phone call is referred to many times throughout the book as being the catalyst for the break up, but I never really picked up on what the exact phone call was. She called him and he didn't pick up when she needed him. I can sort of guess what the phone call was about and they allude to it, but there is never any description of the actual phone call being made. Sorry, that phone call is haunting me. haha.

I love both of Molly's best friends. They are super supportive and loving, as a best friend ought to be. Becca, back in Boston has a tiny role in this book, but I hope to learn more about her in VEER, the second book. Kelly is pretty fun and I love her relationship with her fiance, Tom.

Tom (cop and Kelly's fiance)  treats Molly like a younger sister. I really liked him. he was pretty cool.

Jake: Is it weird that Jake was one of my favorite characters. I cannot wait to read Wrecked to learn what happens to him. I love the hate/tolerate relationship he and Molly have. There is so much teasing. I know he only does it because he cares for his brother. While he is only a supporting character, he intrigued me.

Gavin: Gavin, Gavin, Gavin. What to say about him. Well, he is certainly a determined character. I can say that while he was sort of annoying in some parts, he seems like a good guy and I cannot wait to read his story in VEER as well. He is tom's partner, which means he is a cop, which is kind of hot. Just saying.

Molly's sister. Shauna. LOVED HER. Good ole overprotective sister with some attitude. Kind of sad that I probably will not get to read her story. Her character seemed like she could be a bad ass. But she is married with kids. I will just be happy for her. Maybe, Alyssa Rose Ivy can go back in time and tell us her story!! Ok, that is not likely. haha. But a girl can hope.

The one part of the book that was really emotional for me and the one part that I think will actually stick with me was kind of a defining moment in the book. I cannot tell you what it is, because, well it is important to the story and that would spoil it. However, I will tell you that it roused the most emotion out of me than the rest of the story and I wished that more books had more powerful moments like that where the Arthur was not afraid to merely write about the unconventional in her story. It was a really short moment near the end of the book, but it is really the only part that stuck out to me.

Like Tiffany stated in her review, this book is very emotional and has a little bit of strong themes. No, I am not talking about sex. The love- making in this book is surprisingly sweet and PG. I actually think it is mild enough for 16+.

This book was sweet, emotional, confusing, and really a fast read.

I know her writing will only get better and I will continue to read her books.
I really liked this book, but I feel like something was missing. I hate to say that, but it is true.

Heavy snack. Contains all the elements of a good story. Satisfying read, but could be GREAT if they stepped it up a notch