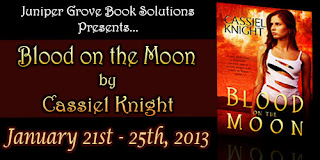 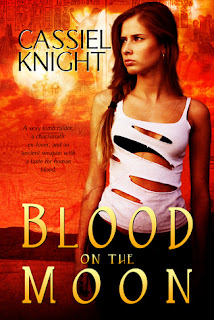 Synopsis:
Mia Langdon—tomb raider and adventure-seeker—has everything she wants. Freedom. Independence. No chains (a.k.a. a man). Her troubles begin when she’s attacked on a dig in Peru. Soon, she’s forced to use her tomb raiding talents to find the flaming arrows of an Egyptian goddess. In the wrong hands, this weapon could destroy the human race—and nearly had.

Used to doing things her own way, it isn’t long before she figures out that she needs the help of Harrison Braden Stanton, her stuffy, but so yummy, Egyptologist and ex-lover. There’s one problem. He despises what she does. As Mia and Harrison find themselves in the middle of a battle between the Egyptian gods and goddess, there’s no choice for the woman with a Grand Canyon-sized independence streak and the man working for the Egyptian god, Osiris, but to work together to prevent the destruction of all they love.

What was with all the handsome blokes lately? It seemed she couldn’t go more than an hour without seeing men who were the poster children for every woman’s fantasy. Or were they just her fantasies?

He removed the gun from Gus’s temple but didn’t drop his arm. The man’s grip was steady, not quivering from the weight of the weapon. Strong, she figured. Used to holding guns to people’s heads. Lovely.

“My employer is getting impatient. She requires an answer.” His head cocked. “And for your sake, I hope it’s the right one.”

Icy blue eyes looked deep into hers. “Don’t be coy, Ms. Langdon. It doesn’t suit you.”

“Well, you see, I’ve already given my answer so I really don’t understand your purpose in being here.” Mia placed both hands on her desk’s front edge. “I suggest you leave right now before I get madder than I already am.”

“You and your men broke into my house, assaulted my employees and now threaten one of them with a gun. I’m plenty pissed right now, but still willing to let you walk away with your manhood intact.”

“And if I don’t comply with your eloquent demand?”

She shrugged. “You’ll leave me with no choice.” Her fingers tiptoed under the desk’s lip. “I’ll have to make you leave. On a stretcher.”

His laughter rippled forward, a rich, rolling guffaw that actually sent freaking shivers along her spine. Christ, Mia, just how long has it been since you had sex?

“And how do you intend to do that?”

She let a slow smile dance across her lips. “Like this.”

As she finished speaking, she tugged the stiletto from the hidden compartment under the desk and threw it at the man. At the same time, Gus collapsed to the floor and did a backward flip. The long slender blade with its needle-like point punched into the man’s shoulder. He let out a cry of pain and rage. Off balance, his fingers tightened involuntarily on the trigger. The Colt roared a single shot, splitting the wood of the paneled wall on the opposite side of the room.

She lunged across the desk, her ass sliding on the smooth surface and kicked the gun from his hand. Her feet hit the floor, and she immediately flipped a snap-kick at the man himself. He blocked her strike with both hands and before she could pull back, used her forward motion to spin her around. His right arm came from behind, snaked around her neck in a one-arm chokehold dragging her against his chest. The metallic scent of blood mixed with an outdoorsy odor teased her nose.

“Aside from the little poke, I expected more from you, Ms. Langdon.” His words blew a warm gust across her neck. Tiny hairs lifted. “I’m disappointed.”

She took a deep breath, suppressing the flush of rage clawing for release. Sparring while angry was a dumb way to get pulverized. “Don’t be,” she countered. “I don’t want to mess up my new carpet with more of your blood.”

Mia is a tomb raider. She has always had a knack for finding lost relics no one thought was real. The thing is that she didn’t know at the time that it is a gift so to speak. She also likes to do things her way and doesn’t like to be bossed around. To bad someone didn’t get the memo. But then someone kidnaps her friend and she will do anything to get her back. She’ll even ask her ex lover for help is she has to. In a race against time she has to find the arrows to save her friend, confront her feeling for Harrison, and find out that sometimes your enemies came becomes friends. Oh and not to mention the gods and goddesses breathing down everyone’s necks.

What a thrill ride. This was a book that I wouldn’t normally find myself reading. I usually read paranormal and all that. So this book was a little bit out of my comfort zone. Well let me just say that I’m glad I stepped out of it. This book was great. There was plenty of action and the characters were very relatable……with being in there situation of course. Mia comes on a little strong but that what made me like her. I don’t think I would have liked this book without Mia. This had plenty of action and it was not lacking in any area. There was danger, lots of tomb raiders, gods and goddesses, and of course hot guys. LOL and what’s a book without danger and trust me Mia likes danger. :D

Mia- she was a firecracker. She did not need anyone fighting her battles for her. No she is the type of woman who takes things into her own hands. She doesn’t get close to people often but when she does she cares about them deeply. She is the kind a person you don’t want on your bad side. I can see me and her being great friends. LOL

Harrison- “He has a stick entrenched up his butt” as Mia would say. LOL Yes, I toned it down a bit LOL While he was like this most of the book, I still liked him. He was just so yummy. He liked Mia but didn’t approve of what she does. So he left her. All I can say is that is a two way street. He could have changed to…just saying. All that being said he still cares about her and that’s what made me love him the most. 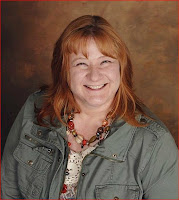 In the job that pays the mortgage and allows her to indulge in her real passion, writing, Cassiel Knight works for Clackamas County in the beautiful state of Oregon. Crazy- passionate about the romance writing industry, Cassiel has a paranormal romance series featuring fallen angels and demons, an urban fantasy novella and a new paranormal romance series that started this fall with Champagne Book Group. She writes paranormal romances with kick-assitude that blend archeology and mythology – just a few of her favorite things. She can be found online at http://www.cassielknight.com.

Three things I learned while writing Blood on the Moon.

How much I enjoyed researching! I relied on the Internet and library research plus my own library is now filled with all kinds of reference books. They look so pretty sitting on my shelves. Happy sigh. Now, my pocketbook on the other hand is not so happy but too bad. J As far as what I researched, the first thing I did was find and read all I could on Egyptian gods and goddesses beyond the ones I knew about already. Then I found so many interesting myths and legends I have enough fodder for many more stories in this world. Before doing the research, I knew of Egypt and their gods and goddesses but I hadn’t realized the depths of the mythology. In the past, I’ve focused on Greek and Roman so finding Egyptian, gave me so much more. I found all this fascinating which became a bit of a problem when I spent more time on research than writing.  I can’t even begin to count the number of times I’d start somewhere and chase a thread to end up in an entirely different place! So exasperating—but so much fun!
Not so much learned as something that surprised me – how easy it was to pick out these character names. Let me explain.  It takes me forever to get a character’s name and my critique partners were always getting new pages and kept asking, who is so and so? I’d have to tell them that’s the heroine’s or hero’s new name. It got to be quite a joke. I’m not as bad now but it still takes me long time to settle on just the right name for my characters – all of them – big and small. Not this one. The names really just settled on these characters. It was quite an experience.
The more I wrote, the better I am at it and how well the words flow then. The last 50-60 pages of this story really just wrote themselves. Now if I only could keep that up. J

There is a tour wide giveaway. Prizes include: 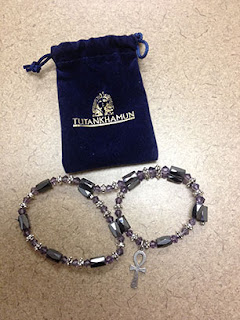