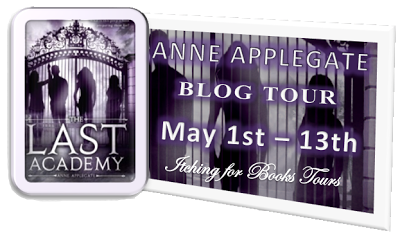 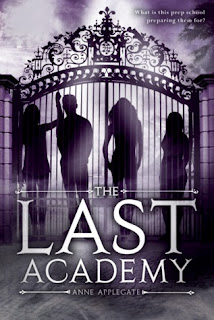 Camden Fisher arrives at boarding school haunted by a falling-out with her best friend back home. But the manicured grounds of Lethe Academy are like nothing Cam has ever known. There are gorgeous, preppy boys wielding tennis rackets, and circles of girls with secrets to spare. Only . . . something is not quite right. One of Cam's new friends mysteriously disappears, but the teachers don't seem too concerned. Cam wakes up to strangers in her room, who then melt into the night. She is suddenly plagued by odd memories, and senses there might be something dark and terrible brewing. But what? The answer will leave Cam--and readers--stunned and breathless, in this thrilling debut novel.


Camden has just flown to California to her new boarding school. She had a falling out with her best friend and just wants to start over. When she gets there, it is like any other boarding school, curfews and strict rules. Camden is fine following the rules, until her friend and others start to go missing and the weird thing is, all the teachers act like its no big deal. Camden just can’t let it go and she will find out what’s going on one way or another.

The thing is will Camden be able to handle the truth when she finds out?

So I had to wait awhile before I could write this review because my thoughts were all over the place. I can start of by saying that this book is not going to be for everyone. Why? Well some pretty weird stuff happens and nothing really starts to happen until the end of the book. It kept me interested though and I wanted to know why all these kids were going missing. When I got around to page 253 I finally figured everything out and was like, what the heck. Everything that had happened so far started to make sense to me. There was a lot of foreshadowing, but I just ignored it. Also, even though Camden was only 14 she seemed a little older to me. I guess she was wise for her years. As you read the book, you are thinking it’s just a typical girl that moves to a new town and gets on the bad side of a snobby girl. Well it isn’t. Yes that happens, but it’s not what the book is about and it all just leads up to the ending.

Overall: A haunting good book that will give you chills.

Camden: She is just a 14 year old year girl trying to fit into a new school. She is what you would call a follower instead of a leader. She does come out of her shell and finally stands up for herself. With all that’s going on she keeps a cool head, where as I would be freaking out.

Nora: She is tall, super smart, and confident. She doesn’t care what anyone thinks of her, but she does care about what they say about her friends. She is not going to let someone step all over her friends and I loved that about her.

Brynn: She is the attention hog in the book. She always wants to be in the spotlight and she doesn’t care who has to get hurt in the process.

Mike: is a hunk of a tennis player, but he does have some baggage. He is really sweet and he is one of those guys that don't know how cute they are. :D 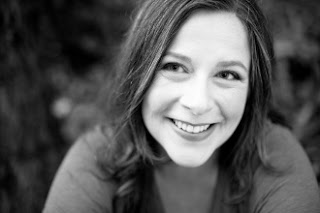 Anne Applegate was born in Chico, California.  Most of her childhood was spent moving across America with her family, nomad style.
When Anne was fourteen, her parents sent her to boarding school so she could spend four years in a single educational system.  As it turned out, her family then promptly settled into a small mid-western town and lived there for the next sixteen years.  Anne still hasn’t figured out if this means something.
After graduation, she went on to Tufts University in Medford, MA, where she had a wicked good time. Eventually, she  wound up back on the west coast, where she married a fantastic Californian guy.  Together, they have three children.
For the last twelve years, Anne has lived  in San Luis Obispo County.  This is by far the longest time she has stayed in any one place her whole life.  She immensely enjoys living  where 1) the sun always shines and 2) she isn’t the weirdest person in town.
www.anneapplegate.com | twitter.com/AnneApplegate