Other Systems by Elizabeth Guizzetti 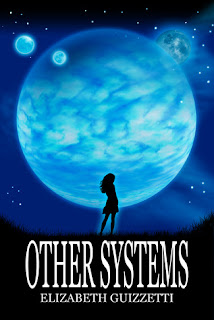 Would you go to a planet that has never known war, hunger, or even a single murder?

Without an influx of human DNA, the utopian colony on Kipos has eleven generations before it reaches failure. Earth is over ninety light years away. Time is short. On the over-crowded Earth, many see opportunity in Kipos's need. After medical, intelligence, and physiological testing, Abby and her younger siblings, Jin and Orchid, are offered transportation. Along with 750,000 other strong immigrants, they leave the safety of their family with the expectation of good jobs and the opportunity for higher education. While the Earthlings travel to the new planet in stasis, the Kiposi, terrified the savages will taint their paradise, pass a series of indenture and adoption laws in order to assimilate them. When Abby wakes up on Kipos, Jin cannot be found. Orchid is ripped from her arms as Abby is sold to a dull-eyed man with a sterilized wife. Indentured to breed, she is drugged and systematically coerced. To survive, Abby learns the differences in culture and language using the only thing that is truly hers on this new world: her analytical mind. In order to escape her captors, she joins a planetary survey team where she will discover yet another way of life. 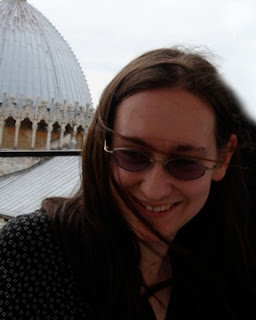 Prior to becoming an author, Elizabeth Guizzetti worked as an artist. She created the graphic novels, Faminelands and Lure, and the comic book series Out for Souls & Cookies. Other Systems is her first published novel. She currently lives in Seattle, WA with her husband and two dogs.