On Tour with Prism Book Tours

Read along with us on the EXCERPT TOUR for
the third book in the YA/NA Urban Fantasy Descendants Series:

Reign of Shadows
By Melissa Wright 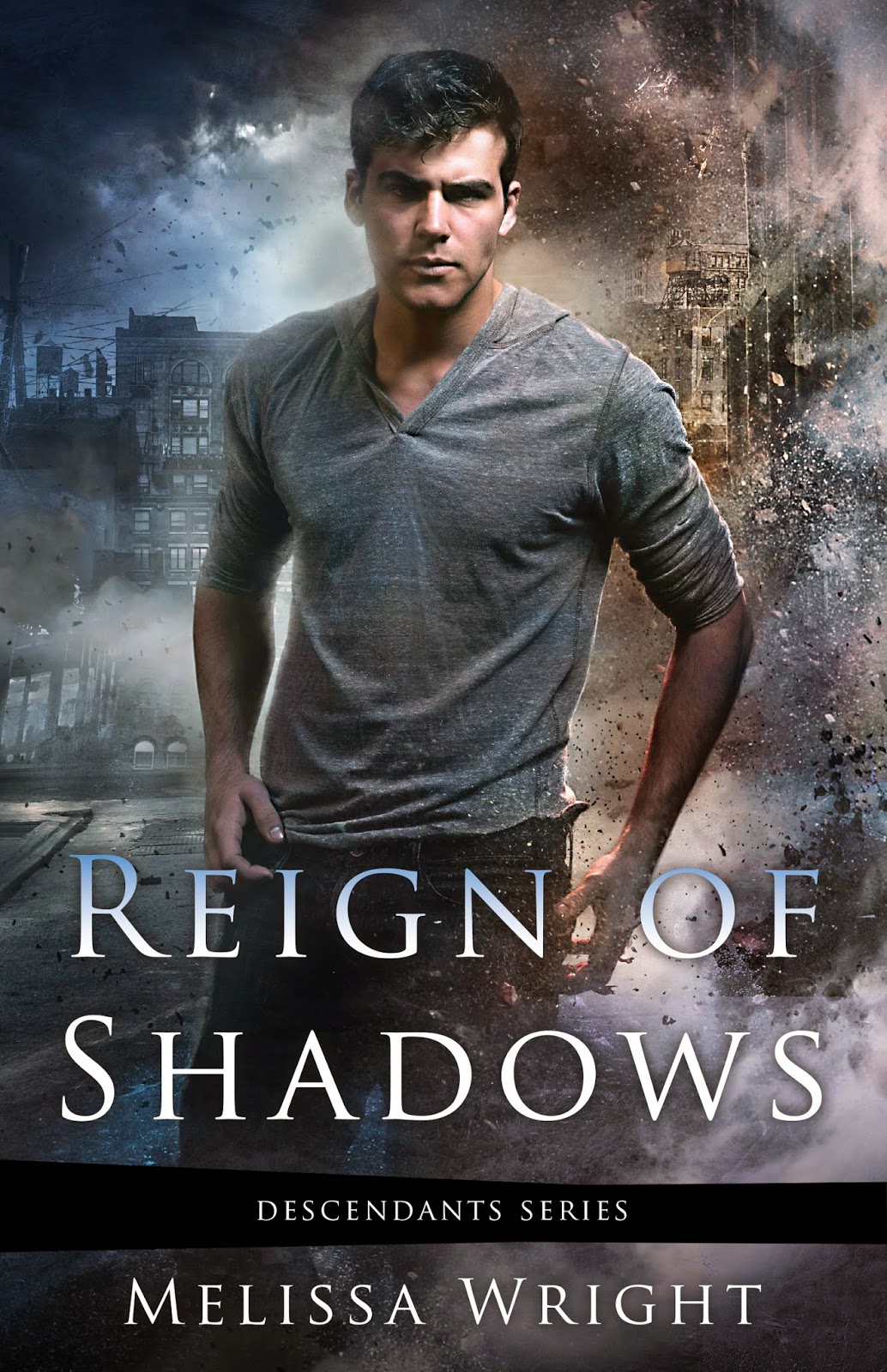 Brianna can see her future, but it’s the past that haunts her. Plans laid in place centuries ago are threatening not only her and her sister, but all of the Seven Lines. As the shadows plot their way to old rule, the visions shift again. Her power has led to some hard choices—and the occasional stab wound—but this set of futures holds nothing but darkness.

Unable to bear the idea of losing the footing they've so recently gained, she turns the soldiers of the Seven. But with shadows hidden among the ranks, can she overcome the path they've set in place, or is she blindly following their lead?

His hand rested on her hip a moment too long before gripping it tight, tossing her forward and then wrenching her head around to face them. Her hair was laced into his fingers as he jerked her again. “Tell him, Ellin. Tell him to give us the girl.”
Brendan was strapped to a chair, the right side of his body limp, as if his arm was disconnected, dragged out of socket. Splotches of blood covered what was left of his undershirt, some of it clotted, but most bright, wet as it seeped through from the wounds beneath. The material of his pants was ripped, revealing gashes and burns, and the fingers of his left hand were broken, dangling loose below the bonds of his wrist.
His head hung, but he looked at Ellin from beneath his brow, swollen and bruised, cut and bleeding. She could still see the unhealed scars from the day he’d released Morgan. The day he’d tried to save their prophet. He wouldn’t give her now, not any single bit of information that would help them. He would never turn on Brianna.
Her jaw tightened as their gaze connected. These men would die for what they’d done.
A man beside Brendan grabbed his head, jerking it up to face Ellin, to make her watch as they played out the next cruelty. But everything stopped when the slam of a heavy metal door echoed through the space. Ellin shivered, despite her resolve, and they were joined by a new group, five men surrounding the one that led them all. Jackson, they’d called him, though she had no idea whether it was his first name or last. She’d not seen this man, any of these men, before the attack on Westlake. She didn’t know why they were targeting Brendan, why they hadn’t bothered with Morgan or Aern; she only knew they wanted information on the prophet. On Brianna. And that there was something powerful about them. Something wrong.
The one they called Jackson stood beside Brendan’s chair, the soles of his leather shoes splashing into a pool of water as they came to rest. He was tall and lean with perfect hair and dark eyes. His manner was cool, always calm. Ellin might have thought him attractive if she didn’t want to kill him so badly. He unbuttoned the crisp suit jacket with one hand, smoothly pulling it away to roll up his sleeves. The motions were practiced; everything she’d seen him do quick and clean. She wanted to close her eyes when he reached for Brendan, wanted to not see what he was about to do, but she couldn’t. She had to watch.
Jackson smiled at her, a slow, sexy smirk that said he enjoyed his job, that said he relished her pain, but still, she didn’t look away. His hand met Brendan’s chest and the air changed around them. It had been almost imperceptible the first few times, but Ellin was paying attention now, trying to take in all that she could. It was charged with something, some current just below the surface, and then it was gone, all of it focused on the connection between Brendan and his captor.


The other books in the Descendants Series

Purchase from Amazon , Barnes and Noble, and the Book Depository. Can also purchase in audio at iTunes and Audible.

You can read an excerpt of Bound by Prophecy here.

Get the ebook for FREE on Nook and Kindle. Can also purchase from the Book Depository, and in audio at iTunes and Audible.

Melissa Wright is the author of the Frey Saga and the new Descendants series. Melissa spends her time working on novels, but when not writing she can be found on Goodreads and Pinterest.

Read along with us!

28
The Wonderings of One Person
The Written Adventure