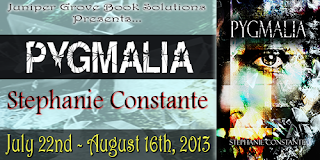 I want to thank Jaidis and Stephanie for letting me be a part of this tour. You guys rock!!! <3 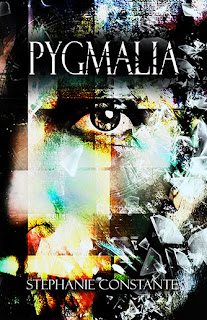 Synopsis:
Lily is the heir to her father’s family fortune, except she wants no part in it. Especially if it means having to spend months away from her loving mother, being ignored by her genius, yet reclusive father, and tormented by her domineering grandmother.

Since her parent’s divorce, Lily has been forced to spend every summer, bored to death, at her father’s dilapidated estate in England. The one consolation is that this is the last summer she will have to visit before her eighteenth birthday frees her of this obligation. What Lily didn’t expect to find was someone who is just as lonely and out of place as she is. Someone that could make her actually want to stay at the rundown mansion.

Deep in the basement of her father’s home, she finds Adam, who is half human, half machine. He is her father’s latest prototype: a creation built for war, but able to do so much more than just basic fighting tactics and artillery protocol. Lily cannot help but be drawn to her father’s experiment, though she’s certain nothing can come of it. When she realizes that Adam will eventually be taken from her and potentially destroyed, she must decide whether putting her family in jeopardy is worth the risk of helping him escape.

Like most girls Lily can’t wait to turn 18, but she only wants to turn 18 so she doesn’t have to visit her dad in England.  All she has to do is make it through the summer and she’ll be done with her dad and her ever demanding grandmother. Unfortunately trouble has a way of finding Lily. She thinks it will be fun to look at what her father is doing all day, she doesn’t expect to find prototype 78. Since the moment she spots him she knows she can’t let it go. Why is he down there? Why is her father experimenting on him?

Lily will learn all that and more, what she doesn’t expect she will have to choose between love and family.

The book starts out creepy but then mellows out when we meet Lily. It’s the typically teenage stuff, parties and all that. The good stuff arrives when she gets to London. I don’t know how she survived all those years with the way her grandmother treats her. I would just be broken. I can’t handle people being mean to me. (I’m soft hearted) You know by reading the summary of the book that is going to be emotional and you know that everything isn’t going to work out. But when does anything happen the way you want it to. Anyway like I said there was always a sense of doom in the air, like everything is about to hit the fan in any moment. It made me extremely nervous to continue. I didn’t want anything bad to happen to the characters. I had all these different scenarios in my head and not all of them were good. I like how Stephanie keeps you guessing till the end. That’s the best part about a book never knowing where is is going to lead. If you know what’s going to happen, where is the fun in that? Now let’s get to the Science that was in the book. It only mentions a few terms and thankfully I knew what they meant. (YAY) I was never overwhelmed with any information. The relationship with Lily and prototype 78 seemed a little rushed but at the same time I thought it was just right. I can’t say much without given stuff away so I’ll leave it at that. I’m sort I’m all over the place but back to the experiments. I can’t imagine all the experiment her dad has performed. I would never be able to look at him again. In his mind it is justified because he thinks he is doing the world a favor. UHHH NO!! Why would you get yourself mixed up with that? I just can’t wait to see what all happens in the next one because the ending was a bit abrupt. Not that is was bad, I just wanted MORE. I will definitely be getting the next one!!!!

The cover and title couldn’t be more perfect for this book. I love both of them. :D

Overall: This is kinda like a futuristic Romeo and Juliet, with Juliet being human and Romeo being not robot but not entirely human.

Lily is a shy and reclusive girl. She doesn’t like to be the center of attention but she doesn’t like to be alone. She realizes that her dad will never meet her expectations. She’s sad but she accepts it. She also knows her relationship with prototype 78 will never last yet she can’t help but hope. I think she keeps a leveled head (most of the time). She either goes big or goes home.

Prototype 78: Yes he gets a name in the book but I’m not going to spoil it. I don’t want to say a lot about him because I want you all to experience what I did, what he did. There were moments I was scared of him and the other times I loved him. He is so strong yet even he has he weaknesses.

P.s Ashley and I are totally in the acknowledgments in the end. *fangirl moment* Want to see....well you have to read the book. *evil grin*

It was the guy from the laboratory; he managed to find me, and the panic coursing through my body is enough to send me curling up into a ball, just letting him drag me to whatever hell he came from. I can’t though; I can’t keep from fighting back. I struggle to get his hand loose from around my wrist, but there’s no use. I smack him, push at him, and even punch him in the face, which hurt me more than it appeared to affect him. He’s immovable.
“Please,” I finally resort to pleading with him, “Please don’t hurt me.” I feel more tears streaming down my face; I fall to my knees, covering my mouth to keep from weeping. I don’t even care about dirtying the dress further; it was ruined the second I stepped foot in these woods.
“I have no instructions to hurt you. I’m here to bring you back to your father.” He says plainly. I can barely see his face in the shadows, but I remember those haunting blue eyes.
“What does he want with me?” I say, drying my tears with the back of my hand.
“I don’t know. I have only been told to find you and bring you back.”
“Who are you?”
“I was instructed to keep all information regarding myself and your father classified. Please come with me, or I will have to use force.”
“I thought you said you weren’t supposed to hurt me,” I say.
“I do not need to hurt you to get you to come with me,” I can tell that he’s probably from the London area, based on his accent.
“If I go with you, back to the house, what will happen?”
“I don’t know.”
“Then I think I’ll stay here.”
“The likelihood of your survival out here is scarce. You will only injure yourself further.” I can feel him touching a cut on my arm I got from running into a branch when I first ventured into the woods. His hand is warm, the way a live human person’s would feel against my skin.
“Please come with me,” he says, and holds out something. I grab the objects, realizing they’re my heels.
“You brought my shoes?”
“I thought they might be of use to you.”
“Heels in the forest, in the dark? Not so much useful as they are an accident waiting to happen,” I grumble. “Alright, lead the way. But if you try and hurt me, I’m jabbing this Manolo Blahnik in your eye socket.”
“What is a Manolo Blahnik?” he asks. I can’t see his face, but I’m sure it looks extremely confused. Guys.
“Never mind,” I sigh, “just know that I will do some damage if you try anything.”
“I understand,” he says. As we begin our trek back to the house, I stumble a few times. He grabs my waist before I fall flat on my face, and takes my hand in his; it’s softer than I would have imagined it to be. “This might help,” he says as he triggers something on his hand. A light emanates from beneath his skin, turning it an orangey pink. I pull away from him and point at his hand.
“How did you do that?”
“It’s one of my tools. I don’t need it really, but I suppose you do,” he says holding out his unlit hand to me, while stretching the other in front of him so he can light my way.
“What are you?”
“I am Prototype 78.”
“What does that even mean? That doesn’t tell me anything about you.”
“It’s not supposed to,” he keeps his gaze forward as we walk down the hillside towards the house. We moved silently through, and as we passed the lake, I couldn’t help but feel unnerved by him.
“Are you some kind of alien?”
“I can’t answer that,” his face barely shows any kind of emotion, but there’s something in there; I remember seeing it when I looked into his eyes.
“You were dead,” I press on. “You were dead on that table when I found you, and then you just woke up. So you’re obviously not human. You’re some kind of experiment he’s working on.” He doesn’t respond, so I keep deducing on my own.“You have scars, but they look nothing like what I’d imagine a zombie would look like. You’ve got that light coming out of your hand, and you were able to track me in this darkness. I’m guessing alien.”
“I’m not an alien,” he finally admits.
“Aha!” I jump and point at him. “So you’re an experiment. Like Frankenstein, just not as gross looking.”
“Frankenstein is not the name of the monster; it’s the name of the doctor. The monster never had a name.”
“Are you saying you’re Frankenstein’s monster?”
“I’m not a monster,” he says, except for the first time, there’s sadness behind his words. He looks down at his hand, as if somehow disgusted with himself, but his movements are robotic. Even his affect is flat and unexpressive.
“Fair enough, you’re not a monster,” I say. He looks down at me and seems relieved; he’s not a monster, but he’s definitely not human. 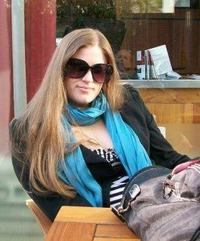 Stephanie was born and raised in Miami where she currently works as a mental health counselor. In her spare time she loves to read, write, spend time with loved ones, travel, and watch anything made in the UK. Her other works include books one and two of The Draconi Series.