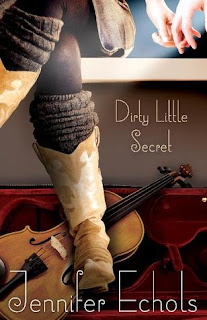 
From the author of the “real page-turner” (Seventeen) Such a Rush comes an unforgettable new drama that follows friends-turned-lovers as they navigate the passions, heartbreaks, and intrigue of country music fame.

Bailey wasn’t always a wild child and the black sheep of her family. She used to play fiddle and tour the music circuit with her sister, Julie, who sang and played guitar. That ended when country music execs swooped in and signed Julie to a solo deal. Never mind that Julie and Bailey were a duet, or that Bailey was their songwriter. The music scouts wanted only Julie, and their parents were content to sit by and let her fulfill her dreams while Bailey’s were hushed away.

Bailey has tried to numb the pain and disappointment over what could have been. And as Julie’s debut album is set to hit the charts, her parents get fed up with Bailey’s antics and ship her off to granddad’s house in Nashville. Playing fiddle in washed-up tribute groups at the mall, Bailey meets Sam, a handsome and oh-so-persuasive guitarist with his own band. He knows Bailey’s fiddle playing is just the thing his band needs to break into the industry. But this life has broken Bailey’s heart once before. She isn’t sure she’s ready to let Sam take her there again… 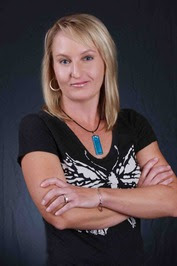 
Jennifer Echols was born in Atlanta and grew up in a small town on a beautiful lake in Alabama—a setting that has inspired many of her books. She has written nine romantic novels for young adults, including the comedy MAJOR CRUSH, which won the National Readers’ Choice Award, and the drama GOING TOO FAR, which was a finalist in the RITA, the National Readers’ Choice Award, and the Book Buyer’s Best, and was nominated by the American Library Association as a Best Book for Young Adults. Simon & Schuster will debut her adult romance novels in 2013, with many more teen novels scheduled for the next few years. She lives in Birmingham with her husband and her son.

now, I have read a few books by Jennifer Echols, and I'm slowly starting to realize that this author rarely disappoints. No matter what, you can count on her to write a book with a main character that you cannot help but admire and root for. While I did not read this book in one sitting, the story kept me engaged throughout.

I enjoyed reading a book that centered on the main character, Bailey, and her passion for playing the fiddle. She was a very troubled young woman, but at the same time had an endearing personality and really tried to be a good person. I love that she was honest with herself about all the things she had been through. At times, she was bluntly honest, but not in a way to make you admire her any less. I love the amount of dedication and love she has to her entire family, despite the way she was treated. People only dream that they can have someone to love them that much and have that much capacity to forgive. I am not sure I could have forgiven all the things her family did to her, but like I said, she was a stand- up character. She was a believable character who had her faults, but they only made me like her more. I loved being inside her head when she talked about her pain and her indecision.

It was a little harder for me to like the other characters in the book.

What stuck out? I really like how throughout the book, comparisons are made about the current situations, likening them to certain country or bluegrass songs and musicians. Like if a situation was going accordingly and nothing too tragic had happened, it would be compared to an Alan Jackson song, since his songs are not nearly as depressing as other artists. That was made the book a little fun. The Country/ bluegrass vibe was a huge part of this work and I felt like it was all blended together nicely. I mean, I did not get sick of it after a while, which I feared I would. (:

If you want a cute stand- alone with semi- steamy romance, flirting, a whole lot of country, a little bit of heartbreak, and a strong female lead, then I guess Dirty Little Secrets should be on your TBR pile. ;)


Quotes
Because I just have to leave you with some of my favorite quotes from the book.


"By the way, your grandfather told me you were upset with him and you hadn't eaten your dinner. You need to eat. I'll be working you hard tonight." He flinched as he heard his own words. " That didn't come out quite right."

Charlotte thought she should have not just one boy, not just the other boy, but all the boys. I hated to break it to her, but if girlfriend truly wanted to start a collection, she needed to do something about that hair.

"Why are you doing this?"

"It's the only way I could think of to get what I want. I could go on a hunger strike, but I would get so hungry."

"Get your hands off my fiddle player."

"It's never a bad time to stop being a jackass."