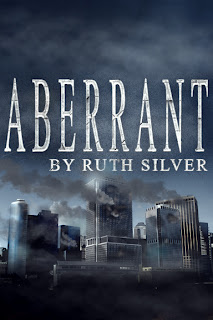 
In the future dystopian society of Cabal, the government instills equality for all and offers its citizens the perfect system.  There is food, shelter and jobs for everyone.  The one requirement is to follow the rules without question, including the government's match in marriage and "The Day of the Chosen", a lottery that randomly selects families to conceive children as natural means hasn't existed in generations.  Following her eighteenth birthday, Olivia Parker accepts her requirement to marry her childhood best friend, Joshua Warren, and is eager to start her work assignment and new life when it all comes abruptly to an end as she's arrested and thrown in prison.  The only crime committed, her existence.  Olivia is unlike the rest of the world born not from "The Day of the Chosen."  The truth haunts the government and puts her life in grave danger as one simple fact would destroy the         perfect system.
With Joshua's help, Olivia breaks free of prison and is forced on the run.  Together they set out to find the promised rebel town in search of a new home and new life together.  Their situation seems less than promising as they reach the town of Haven.  New rules and customs must be adhered to in order to stay.  Leaving would mean most certain death in the large expanse of the Gravelands.  Time is running out as the government mounts an attack to destroy Olivia and bury her secret with her.  Thrown into a world unlike their own, they must quickly adapt to survive. 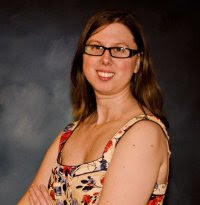 
Ruth Silver attended Northern Illinois University and graduated with a Bachelor's in Communication in the spring of 2005.  While in college, she spent much of her free time writing with friends she met online and penning her first novel, Deuces are Wild, which she self-published in 2004.  Her favorite class was Creative Writing senior year where she often handed in assignments longer than the professor required because she loved to write and always wanted to finish her stories. Her love of writing led her on an adventure in 2007 to Melbourne, Australia.  Silver enjoys reading, photography, traveling and most of all writing.  She loves dystopian and fantasy young adult stories.  Her debut novel published by Lazy Day Publishing, ABERRANT is scheduled for release April 2013.  Ruth has been actively writing since she was a teenager.  She currently resides in Plainfield, Illinois.

O.O As always, having recently finished the book, I am unsure where to begin. And then there is the added obstacle that I am going to have to try very hard not to gush and reveal any spoilers. What I can say is that this is a book that will be hard for you to put down. No... seriously. I read this book in less than four hours sitting on my bed with the kindle right up next to my face. (I was lying on my back half the time, so I literally put myself in danger reading this book...but you know what? I would say it was worth it.)

In the beginning, I was sort of here and there as to whether it was going to be a book that would suck me in. I sat it down for a few minutes (about 20-30% in), but when I went back to it, I have no idea what happened. I guess the author just hit her stride in her writing at that point and from then on in, I was glued to my kindle.

What can I say about the Dystopian world Mrs. Silver created in the book? Um.. I like it. I like it A LOT. *insert crazy eyes* The whole book was sort of messed up and this one word just kept popping into my head- REALLY? Yes, that was the word. Oh, did you think I meant messed up in a way that is negative towards the author. NO SIR. It was messed up in a... "I feel so bad for the characters in this book... but I love their suffering and want to read more".. kind of way. What? I never claimed to be a saint. That is why we read Dystopians. We don't read them for sunshine and unicorns, people. We read them because it is someone else in these horrible situations with the suspense, mystery, and espionage. And I definitely got more than my fair share of messed- up society in this book. and I loved it.

Have you ever read a part in a book that would be seemingly insignificant to other people who would read the same book, but for some reason that one tiny tid-bit of story- line stuck with you. There was this one point in the book when the author was going back and explaining why the world had become full of "infertile" people (not a spoiler. :P It was in the blurb. HEY, I CHECKED, BUDDY) that was that tid-bit for me. It linked back to something that I had learned in my "science of human aging" courses in college. And since that little bit of information checked out scientifically with me and the little bit that I actually know about biology and human- kind in general, it lent (Lent looks wrong. But I am using it. or... allowed. yeah. we will go with allowed) It Allowed that much more credibility to the back story in MY mind. I always love when a small portion in a book I read registers something in my mind like that. It's like I am actually USING some of the crap I learned in school! :D Momma would be so proud.

I always say something about the characters and the Villains  now don't I. They are- after all- a big part of the story.

Whoah- hang on. Before I get to them, one more thing to add. Nice job with the foreshadowing, Mrs. Silver. At one point while reading, I read a line, looked up from my kindle and looked at my friend across the room and said, "Oh, no she is not about to pull that. No way! No way!" only to have to follow up the initial outburst a few minutes late with an, "Oh hell, no. She did. She did it. I cannot believe this! I'm not sure how I feel about this.. but I kind of love it..."
And if that is not enough to capture your interest, YOU ARE HOPELESS. but I still love you. [Yeah, I threw out the "L" word.]

Back to the characters!

Olivia Parker- The book is told in Olivia's perspective. It was impossible NOT to grow to like her more and more throughout the book. I am looking forward to seeing how she will grow as a character in the sequel, though. And so many things happen to this poor girl. When I was reading the book, I kept thinking of this one expression:

Joshua Warren- hmn. I really liked Joshua. He had his one little dip- shit moment, but other than that, he was a solid character who I would absolutely LOVE to have as my best friend. If.. you know what I mean. *wink...wink...* no? ok. Moving on. :D Crushing- aside. If I was on the run from a government hell bent on doing yet- unknown things to me (muahaha. spoiler.. denied!) there is no one I would rather be stuck with than this guy right here.

Oh my gosh, this review is so LONG. I am so sorry. I am going to stop there at those 2 characters. They are the two most important ones anyway. OK  I do have a few more things to address real quick. Bear with me.

If you enjoy a story that will make you thoughtful (well, I never thought about that. thanks, now I will have nightmares), angry (how dare such and such! Those *%&#s), giddy (yes, I was giddy and squeal-y at this one part at the end.), upset (dystopian world.. hello), tired (for staying up til 4 am reading the book), and eager for the sequel.... then read it. You know.. if you want to. O.O

Dream Cast
(as chosen by Author)

If your book was made into a movie and you could cast it, who would you cast? 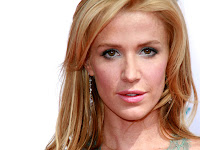 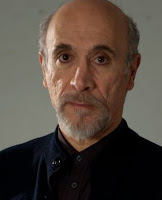