I'd like to thank Irresistible Reads Book Tours for allowing me to be a part of this tour. :D To follow the tour be sure to click on the banner above. 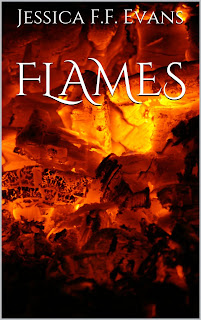 Seven years ago Jenna Farley left her hometown of Cedarville, Indiana and vowed never to look back. She created a thriving business and a quiet life on the sunny beaches of Gulf Shores, Alabama. But seven years and hundreds of miles can’t keep the nightmares of her past and visions of a hellish future from plaguing her dreams.

With the fate of her first love resting solely in her hands Jenna must go back to the town she despises and risk everything for a man who is not at all pleased to find her on his doorstep talking about a murderer on the loose and asking him to trust her.

Nathaniel McGregor has put many years and many women between him and the memory of the only woman he ever loved. Now she's back and doing what she does best. Turning his life upside down and warning him of an obsessed pyromaniac hell bent on killing him. Can he trust her? Does he even have a choice? The clock is ticking, both their lives are on the line and they must work together to stop a determined killer or die.

She tore out of bed and looked at the clock. It was only seven thirty in the morning. Maybe she had a chance, it wasn’t even daylight out. In the dream it was closer to noon. Unzipping her suitcase with a fierceness that has never been seen Jenna grabbed the first shirt and pants she could find. The hell if they matched. Then bounded out the door with her purse and cell phone in hand.
Not thirty seconds later Shana called.
“You’re not coming home are you?” Shana sounded upset and Jenna could understand why.
“I take it you dreamt it too.”
“Someone is gunning for your man.” Shana said
“He’s not my man.” Jenna fired back out of pure reflex.
“I’m going to sidestep your little self-denial and get to the root of the problem.”
“Nathaniel’s in danger, again.”
“Did you forget how your dream started? With you. Tied to a post. Burning Alive.” Shana sounded like she couldn’t believe that her own death didn’t seem to resonate at all with Jenna when compared with the prospect of losing Nathaniel.
“Doesn’t change anything.” It didn’t. As long as Nathaniel was in danger, Jenna couldn’t leave.
“You can’t save Nathaniel if you’re dead.”
“I’m not going to die.”
“Jenna, I’ve seen it. Now you’ve seen it. Call Nathaniel, warn him to watch his back then get your happy ass on the first plane back to Florida.” If Jenna didn’t know any better she would say Shana sounded hysterical.
“I can’t.”
“Yes you can. You came. You fulfilled your obligation. You don’t have to feel guilty. He’s a big boy and if he decides not to heed your words then it’s not your fault.”
“I can’t.”
“Jenna you are risking your life every minute you stay in this town.”
“I… I still care about him, Shana. I don’t have a choice.”
“Shit.” Shana muttered
“I didn’t plan this.”
“Shit,” Shana repeated, “I should have seen this coming.”
“Shana I can’t talk right now. I got to get to Mickey’s Diner.”
By this time Jenna had made it to her car and started the engine. The inside still smelled like smoke from the night before and that smell strengthened her resolve to keep Nathaniel safe. She was about to click off when she heard Shana say one last thing.
“Twelve Thirty Six”
“What?”
“Nathaniel gets stabbed at Twelve Thirty Six tomorrow. You were too focused on him to notice the date and time flashing on the bank sign.”
“Good that gives me enough time to change it. Thanks.”
“You’re welcome. Just Jenna,”
“What?”
“Be careful.”
“I will.” She said, then hung up her phone and started on her way to check out the diner. It sure beat worrying in her hotel room for the next twenty-four hours. 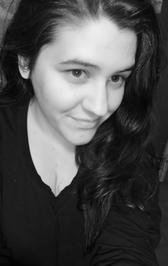 Jessica F.F. Evans lives in a little village in rural Indiana with her husband, daughter and crazy large family. She spends every chance she gets on the Gulf Coast. When not writing romance novels she enjoys woodturning, hiking and passing on her love of reading to her daughter.

Flames is her debut novel. Carry On is coming in September 2013 and is her second romantic suspense novel followed by her suspense novel: Under the Cajun Moon in December 2013 and her Young Adult novel: Lessons Learned by Arnold St. James in June 2014.