Yes, you heard right! The book Blitz for Frost Fire is finally here- and with it....A giveaway. ;) We know how much you love giveaways. Lets get to it.

First, A little something about the Author. 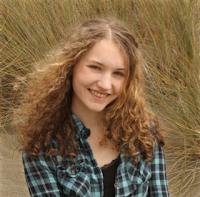 Olivia Rivers is a high school student, a literary agent intern, and an obsessive-compulsive reader. She has a slight obsession with Kootenai County in Idaho, and she’s pretty sure life will always be awesome as long as Irish accents exist. She lives with dysautonomia, a chronic medical condition affecting her nervous system. Portions of proceeds from her “Tortured Elements” series go toward supporting youth with dysautonomia.

Find her on her:

Now, A little something about the book. 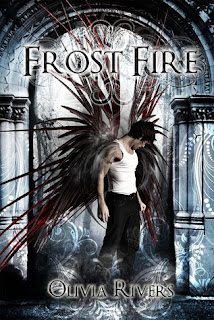 “Magic is just like love, Allai. It won’t wait for permission before it destroys you.”

Like sand in an hourglass, Allai’s future is dwindling away. She’s spent her entire life fighting the Mages who threaten humanity, and dreams of someday eradicating magic. But all it takes is an anonymous phone call for the truth to spill out: Allai is the one thing she despises most.

Though ancient law mandates Allai’s death, she still has one last chance of survival. His name is Drake Rhaize, and he swears he can lead Allai to a sanctuary for Mages. Allai hasn’t seen Drake in years, but she remembers him as the Demon boy who used to hold her close and softly whisper that he’d keep her safe. But Drake has changed since then: He’s now suspected of murder, and has been out-casted for betraying his own kind.

While Allai doesn’t trust Drake, she has no choice but to put her life in his hands and hope he can get her to safety. Because Allai’s father has hired a pack of Demons to bring her back to him, dead or alive–and Demons never stop the hunt.

She knew Drake was the guy who’d tried to take her life. But somehow she couldn’t feel the right kind of fear toward him. She didn’t have that gut-wrenching, instinctual terror she’d felt toward Silas. Her fear for Drake was way more confusing, but she was slowly starting to decipher it:

She was afraid of learning the truth. Of finding out whether all those memories of him—of his comforting golden eyes and soft words—were real or not.

The thought threw off her footsteps, and she nearly missed the next step of the staircase. She slammed her foot down to regain balance. Her bad foot, of course. Because wasn’t that just her luck?

Pain ricocheted through her ankle, almost tearing a scream from her. But she held it back, biting her lip and only letting out a tiny whimper. Luke was going to have to look at her ankle and make sure it was only sprained, and not broken.

As if on cue, he appeared at the top of the stairs, his arms crossed and his expression turned down in a scowl. Allai read his expression and swallowed hard to keep her pounding heart in place. How could he have found out about Drake so quickly?

Allai gripped the banister, her nails digging into the smooth varnish. She had to tell him. She had to just blurt everything out and pretend she’d had no intention of keeping Drake’s predicament a secret.

She hobbled up a few more steps and didn’t reply. She just focused on the plush carpet covering the steps, trying to dig her good foot into it to keep from slipping. All she had to do was open her mouth and say some simple words: Drake Rhaize is out by the border. Go catch him. It should have been easy.

WOW. You should have seen the other two options I had as excerpts. I was like WHAAAT?- This is awesome. :D But alas, an excerpt is only an excerpt. It is just a taste of this intriguing story. Yes, I know you want to read it now. So do I. D: Excerpts are so cruel. They leave you wanting SO MUCH MORE. grr.

well, here is the good news. One of my lucky readers has a chance to win an eBook copy of Frost Fire. :D:D:D:D:D You heard me!! a Giveaway! woo! *ahem* moving on

Giveaway:
This eBook giveaway is open internationally! :D One of My lucky followers will be chosen using the ancient and forbidden art of... RANDOM COMMENT. What, no rafflecopter this time? :/ Well, we do all our giveaways with rafflecopter and I wanted to do something a little more personal since i LOVE our followers. but not in a weird way :).

So a randomly drawn commenter will win an eBook copy of Frost Fire from the Author. :D

rules? well, I would love it if you would become a follower with GFC, but I am not going to make it mandatory today.

What should you put in your comment? well, I have been daydreaming about a lot
today about a certain Actor names Alex Pettyfer. He's my favorite. :D

So I want you to tell me your favorite sexy actor- be it man or woman. I am always up to finding more man candy. ;) Tiffany is not around for me to ask her favorite man- candy. I expect her to comment, though. haha. have fun. and good luck! -if you are feeling really generous you should leave a link to a picture of the actor. juust sayin. ;)

other than that, make sure you leave a way for me to contact you- broken up, of course.