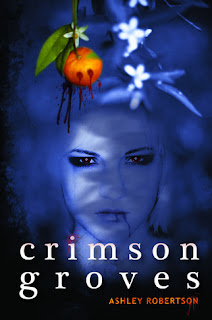 Abigail Tate was a normal human girl—until the day Bronx the vampire barges into her life and turns her against her will. Held captive while forced to deal with never-ending cravings for blood, Abby prays for a way to escape. Only when an opportunity arises, it’s with the aid of an innocent human named Tyler—except vampires are forbidden to interact with the unbitten. But Abby quickly learns this human has secrets of his own...secrets that can either help her or get her killed. Only Abby soon discovers that she is the one with the biggest secret of all.

Wow. Crimson Groves. Where to start? Since I have two reviews on this post and I do not want to make them too long, I am going to make this short and sweet. Or...well. I will try to. ;)

I can admit first and foremost that I loved Abigail as a character.
I was upset with this book at some point while reading it and almost put it down when I came to the part I was struggling with, but Abby's strength and commentary were my favorite part of the book and that kept me reading on through to the end. And I am glad I did. The ending healed me a small bit and I am back to how I felt starting the book- Excited. What is going to happen in book two? I am intrigued and fascinated by the twist the author has created with Vampires. It is always nice to see how an author is going to mold and warp the vampire legends to make them their own. (: I mean, what is the point in writing another vampire novel if you aren't going to spice it up a little bit? :D
I am happy to report that while it is a twist, her take on vampires is not too outlandish so as to make you groan. Not going into details or anything, but there are both good and bad vampires. The bad ones in this book are hard core and you CANNOT have a good book, in my opinion, without a hard core bad guy. ;) So high marks in that department. And wowza! [well played with that bad guy, lady.]
The good guys, however are not so cut and dried. Now that I have finished the book and have my emotions sort of in order, I can appreciate. Intrigue is something you want to keep in a book to keep readers interested. There certainly is a lot of that in this book. O.O
However, and I hate to mention this... I can do without the main character having every Tom, Dick, and Jane (er.. James?) interested in her. <sigh>  I shall persevere, however, like every dedicated reader and violently hope she ends up with who I want her to be with. Because if not, I believe my heart shall be irreparable damaged. :O

Good Book. Nice Twist on Vamps. Love the intrigue, the bad guys and the main character<3. Could do without the one element, but I guess that is just me. All in all, pretty good read. :D

Okay, so maybe that is not what you would call short.... :D Sorry! 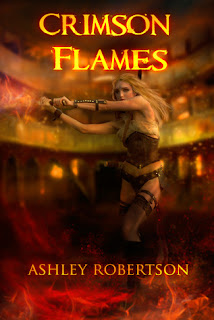 Half-vampire Abby Tate is determined to learn more about the sorceress powers that were awakened inside her when she was turned into a vampire—making her a whole new hybrid species. There’s a group of rogue vamps banding together and forming a Resistance against the vampire governing body, The Head Council, and Abby’s newly discovered powers are the key to the Council’s victory. Now the Resistance will do anything possible to remove the hybrid threat, and with no other options, Abby is forced to rely on the aid of the Council, yet can she trust the very vampires that hunt for her human lover? And even worse, can she fight the unwelcome attraction that’s growing between her and one of those ancient vampire rulers?
@Goodreads

This book literally starts off where the first book ended. I am not kidding. Same moment. I was like.... whoah! :D Sweet. I didn't miss anything. hehe.
In this book, we delve deeper into the world of vampires, which to be honest, after book one, I did not think was possible! The Abby I loved in the first book only gets better in the second. She is growing her powers and becoming more familiar with vampire politics while trying to sort out whose side she will eventually have to align herself with. The rogue vampires or the council? Is there another option? I am glad she is not quick to trust anyone (well, anyone new in this book).  She is also trying to navigate her feelings for Tyler (enigma) as well as trying to find out what it is about him that feels off. This book was equally as good as the first book in the series. And any disagreements I had with the first book still stand, but I still greatly enjoyed this series. (: I recommend it to anyone who loves a Vampire series with a strong heroine and Mystery. 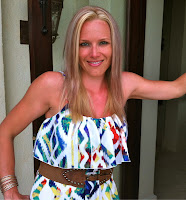 Ashley Robertson resides in sunny Orlando, Florida, and loves writing about anything paranormal. She also composes poems and songs, though she learned long ago she doesn’t have a singing voice. When she isn’t writing you’ll find her spending time with family and friends, training in her home gym, traveling and exploring new places, and drinking fine red wines and gourmet coffees from her Nespresso machine.

For a sneak peek at Ashley Robertson’s upcoming books, giveaways, and blog entries go to her Website