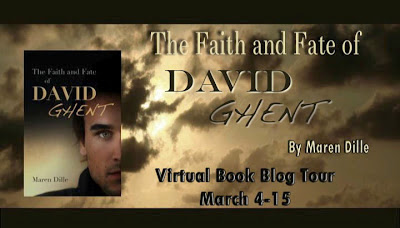 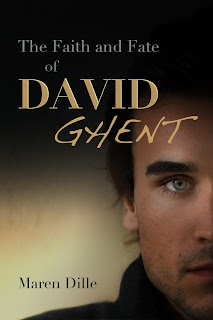 In the Lucen city dwell the descendants of Righteous and Fallen angels. Kept hidden from the rest of Earth and governed directly by Heaven, each descendant is given a chance to prove themself loyal to Heaven, and obtain salvation. For most, the task is encouraging and fair, but for David, it’s devastating.

David Ghent has waited twenty-one years to fulfill a prophecy foretelling the destruction of Lucifer’s power on Earth and Heaven, saving himself and the entire world from Hell’s power. His training is complete, the city prepared. As the battle commences, the city’s most beloved daughter, Layla, suddenly appears at the Hellgate. David is then faced with an impossible choice: fulfill the prophecy, or save her life. The consequences David faces after choosing Layla force him to question his entire life, and his loyalty to Heaven. As the aftermath of failure unfolds, David discovers that the real battle against Lucifer has just begun.


David has known since he was a little boy that he is supposed to defeat Lucifer. He accepted his fate with vigor and does everything he can to prepare for the battle. When the time finally comes Layla rushes in and he saves her instead of saving the world. He knows he is going to hell now all b/c of Layla. If that wasn’t the worse he is now ordered to protect her. He has despised Layla for his whole life. So now he has defeating Lucifer on his mind as well as Layla. He is going to have to go through many challenges to get to where he is going and not all of them easy. The hardest will be him finding faith within himself and opening his heart up for love.

I usually don’t read a lot of religious books, but this books synopsis had me wanting to find out what happens in this book. It wasn’t really about religion at all. It was about having faith in God and that everyone has a fate. It was intriguing to watch everyone as they fought against Lucifer’s pull. David didn’t have much faith and he didn’t have faith in himself. He was angry all the time and wanted everyone scared of him. He just wanted to kill Lucifer and go to Heaven. He of all people should have known that things don’t always go as planned. I watched him go through a lot of things, as well as Layla. Not all of the pretty. I cried in some parts b/c David just made me so exasperated. He needed to stop feeling sorry for himself and look at what he has in front of him. During the book David changed and the changes were drastic from the beginning of the book. With all that being said I really enjoyed reading about David and his journey to find himself.

This is a book about believing in ones self and that everyone has a choice.

David- Ok so he wasn’t my biggest fan for most of the book. Yes, he is the main character but his attitude was horrible. I really couldn’t stand how he treated people. By the end I was rooting for him and wishing him all the happiest b/c he deserved it after all that he has done.

Marianna- she is part Hellion. What does that mean? It means she was born from to fallen angels. She and David had been together for a while now when we are introduced to her. I knew I wasn’t going to like her from the very beginning. Not b/c she is with David, but just the way the she acts. There was only one true moment that I really liked her.

Layla- She is righteous. This means she will go straight to heaven if David defeats Lucifer. It’s one of the reason avid hates her b/c she doesn’t have to work to get into Heaven. She is the thoughtful person ever and scarifies her own happiness for others. I really liked her throughout the book. She was a breath of fresh air from all the harshness David put out. Maren grew up in Rochester, NY, which is why much of her work is set in the East. She moved to Provo, UT to attend Brigham Young University in 2004. Meanwhile, she received a license in cosmetology in 2006, and graduated with a B.S. in Home and Family Living-Clothing and Textiles in 2009. After graduation, Maren worked as a cosmetologist/barber, while her husband finished his own degree in Special Education. After he graduated, they settled in Spanish Fork, UT, where they plan on staying for a long time.

Now Maren is a stay-at-home mom, part-time piano teacher, cosmetologist, and writer. Amidst the buisiness of being a housewife, she loves reading, writing and playing music, vacationing, going on dates with her hubby and friends, throwing dinner parties, and sewing. She enjoys collecting books, and hopes someday to have a library big enough to fit all of them. Currently, her two pretty-enough-to-be-displayed-bookshelves are overflowing, and she's got books stashed all around her house. Open a random drawer, you'll probably find one.
Maren's previous work includes a short comedy, "A Tale of Two Cemeteries," and a middle-grade reader, The Treehouse. The Faith and Fate of David Ghent is her first published novel. Find out more about Maren at www.marendille.com, or on Facebook, Goodreads, and Amazon.