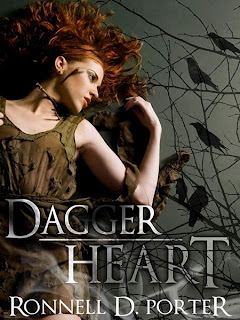 Synopsis:
Norway, 704 A.D.
The valiant King Ulfur defeated the evil that swept the seaside village of Nornör into despair; Morgan, the demon witch, has been dead for nearly twenty years. The truce between King Úlfur and the Queen of the Fae has remained intact since the day that Morgan’s dark curses vanished. It seemed that peace had finally come to the wounded souls of the village.

But this peace is shaken when three curses that Morgan promised with her dying breath are placed upon the Norwegian village: who among them has cast the spell?

Seventeen-year-old Erica finds herself trapped in the middle of a witch’s deadly revenge scheme with no way out but to fight for survival. On top of trying to end the curses devouring her village like a savage beast she finds herself at the center of attention when it comes to Viking King Úlfur’s three sons: Kriger, Paul, and Finn.

Three of them will fight alongside her.
Two of them want to marry her.
One of them could be the son of King Úlfur… and Morgan.


Erika has been an orphan her whole life. Her only true friend is Finn, the son of the king. They met as children and have been inseparable since. She longs for the day Finn will finally express his feeling to her. She does get a confession, but not from whom she wanted it to be from. Finn’s brother Paul wants to marry her. She had to take Paul home one night and they run into an undead. It seems that the old witch tales are true and they have another witch on their hands. Erika has to find out who it is before there is nothing left of her town, but that is easier said then done, when everyone is a suspect.

It is a race against time and many lives will be lost in the process.

I really liked this book. It seems I’ve been hitting the jackpot with books lately. Erika was a very likeable character and I like how the author incorporated Fae and witchcraft into the story. I think it would have been just as great without it, but come on who doesn’t love magic? I could picture every thing in the book and that is very important to me. I need to feel like I am there for me to really enjoy a book. This was one of those books. :D It took me out of the real life and took me on a journey that I didn’t want to end. I hope the next one we get to know a little bit more about the Fae and their world. I want to say other things, but it would spoil the book for you. What I can say is that this book is not about romance. Yes, it plays a role, but it’s not the main focus of the book.

If you love a good witch hunt this book is for you.

Erika- She has never truly fit in anywhere, with her flaming read hair and not wanting to be tied down to a man. She is a free spirit and that’s what I like about her. She had to face many hardships and she has become a better person because of it. She can only truly be herself when she is in her wolf pack, which consists of her and Finn.

Finn- He is another free spirit. He is the son of the king, but wants nothing to do with the crown. And that’s one of the reasons him and Erika get along so great. It’s hard not to fall for his bright green eyes and dark hair. Not to mention that BOD *MEOW* He likes to live on the wild side from time to time. There was only one part in the book when I thought he was a total douche, but I don’t wish to speak of it.

Astrid- She is the only girl that Erika actually gets close to. I’m glad she has a friend like her. She is a sweet soul in the beginning and still is, but death will change a person.

Paul- I don’t really know what to say about him. H just suddenly pops into Erika’s life asking her to marry him. You can tell he really cares for her. I felt bad for him most of the book. 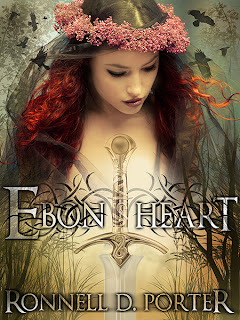 "You know not of King Bersek, Lord of Berserkers... The Berserkers are men of darkness; heartless and unyielding. They know no fear, they know no pain – and the sound of them ripping and slashing and tearing people apart by their limbs: chaos incarnate."

One year after triumphing over the events surrounding the cursed Blackthorn Dagger, Queen 'Dagger Heart' Erica receives an ominous warning from a group of survivors that arrives in her village of Nornör: an army like no other, steeped in dark necromancy, heads for her Norwegian shores. With the winter solstice quickly approaching and no sign of the black wolf that used to roam the woods of her lands, she races against time to uncover the mystery of The Necromancer, as well as the absence of her dear friend and love, Finn.

The soft candlelight lit her room with hot yellow flickers of flame as she held a black iron jewelry box in her lap. It was so intricate, so lovely, and it allowed her to not only read Finn’s words of love, but to run her fingers across them so that she knew that he was real, that the feeling of his love wasn’t just the fading dream of a naïve girl. When she closed her eyes and held the jewelry box close to her, she could almost see his round face, his dark hair, brows, and lashes contrasted against the pallor of his skin, and those eyes that always seemed to catch whatever light was near to make them glow, even with the faintest of rays in the night. They were the eyes of the Fae blood within him, eyes that held an ancient magic and natural wisdom pooled in shades of forest green.

Finn rolled onto his side and took her hand into his. He left soft kisses along her hand, her wrist, and slid his body against hers.

"I want you to know that I'd decided never to leave your side again," he said. He looked suddenly uncomfortable, his brow strewn together and his jaw clenched tightly. Then he finally drew in a deep breath through his nose and nodded to himself.

"Before I returned here, I think I was starting to forget what it was like to be human... To be me. Emotions were starting we feel dulled, and something like a memory. Suddenly what was important in my like didn't seem to matter much; my old life, the death of my brothers, my mother, my father... Even you. I almost didn't return to Nornör at all, but something inside of me - maybe the last little piece of humanity inside of me - urged me back here. And suddenly, when I saw you again, all of the parts of me that got lost inside of that wolf's body began to come back together. Suddenly I felt fire again, and passion, and I felt that there was something that gave my life meaning again. When I held you for the first time, I felt whole again."

Finn grew bolder, and nodded to himself.

"I don't think you ever would have forgotten who you are," Erica said.

"I very nearly forgot you - that's bad enough. I wouldn't want to live with myself if I'd forgotten your name, your face, your voice, your scent..."

"You won't," Erica whispered. She cradled his head against her chest and let him rest there as she tangled her fingers into his thick black hair. "I promise that you'll never have to go another day of your life without me there to remind you of who you are. You are Finn Úlfurson, the man that I have loved since the first time we ran through the woods and howled together like maniacs."

Finn chuckled against her, and lifted his head.

"And you are Erica, great leader to the people of Nornör, and the woman I have loved since you struck me over the head with a rock." 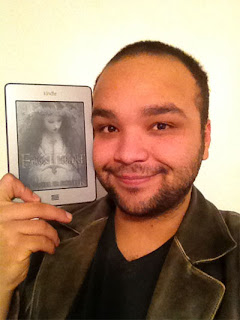 About the Author:
Ronnell D. Porter was raised in Ogden, Utah, and now resides in Denver, Colorado. During his free time he plays the violin, dabbles in graphic design, and, of course, thoroughly enjoys writing stories. He believes that a novel written simply to entertain does its readers a disservice; instead, a book's narrative should always change the way we perceive the world around us, and grant us a little more wisdom than we had when starting the story. 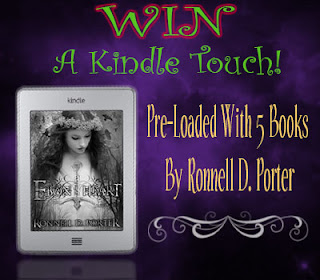 Giveaway Details:
There is a tour wide giveaway. Prizes include the following:
·         Grand Prize: A Kindle Touch, pre-loaded with 5 books by Ronnell D. Porter
·         10 eBook copies of Ebon Heart
The grand prize is available to the US only! The eBooks are worldwide.