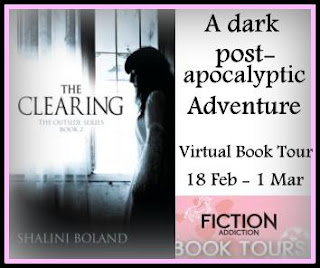 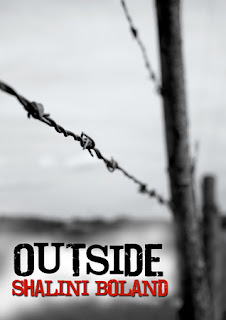 The future is divided by Perimeters: high-security gated communities where life goes on as normal. If you’re inside you’re lucky. If you’re outside, life expectancy takes a nose dive. Riley is fortunate to have been born on the right side of the fence. But her life of privilege comes crashing down when someone breaks through and murders her sister. She forsakes her own safety to go in search of the killer. Luc decides to go with her otherwise she’ll be dead before she’s past the security gate. But what awaits her outside is more unbelievable that she ever imagined. Cut to the present day where Eleanor's world is falling apart. This time next year, civilisation won't be quite so civilised..
Book trailer | Amazon  | Goodreads

In the ravaged future, children are disappearing. Riley lives safely behind her Perimeter Fence, but soon she’ll have to confront the terrible truth of what’s happening outside. An old enemy is approaching. Threatening to extinguish her way of life. To save herself, Riley must fight to save another. She must put herself in the last place she ever wanted to be.

This story takes place in a post apocalyptic England after civilization had been destroyed by "timed and worldwide" terrorist attacks.
When I started reading the story, I was suprised to find there were actually two different stories being told at the same time in alternating chapters. At first, I was kind of defiant. I am not really used to that kind of thing. I like reading in alternating  viewpoints between the two main characters, but the two books that I have read with POV switches with completely different people were not my cup of tea. The second story was confusing at first because it was so different from the first one. Everything seemed so normal. But I caught on pretty fast. .. The second story is about a completely different broad... and it takes place pre-apocalypse. I had already started to enjoy both stories, but once I caught onto this, I was all in.

The main story follows Riley, a 16 year old  girl who was born shortly afte the world fell apart. She has never known anything other than the sanctuary her parents built in order to protect the "decent" people from the "nutters" (Have I mentioned that I love the terminology in this book?) She has a fantastic, loving family and a care- free life. But all that changes when her little sister is murdered within the border of hteir sanctuary.

Heartbroken and out for revenge, she enlists the aid of her close friend Luc. The plan? Traverse across post- apocalyptic Englad to track down her sister's killer. All they have to go on is his name, his photograph, and the suspicion that he is escaping justice a little too easily. 2 teenagers out for revenge in a world Riley knows absolutely nothing about? No problem.

I found the outside world to be pretty believable for the most part. I enjoyed the romances in both parts of the book <3.

The characters were OK. For some reason I found myself looking forward to the side story almost as much as Riley's story.
The guys were totally sweet!
The villians were... strange. lol. I liked them, too. One of them freaked me out and I have a feeling I have not seen the last of him....

[side note: um... who were the people that we refer to as terrorists in the book. I mean, who ended civilization and why.. it could be anybody. I would like a bit more explanation on that part.. O.O Whodoneit?]

[side note: I am sincerely hoping a character that was introduced briefly in this book will make a reappearance in the next book. He kind of grew on me. ]

After the first book, I welcomed the addition of another story running parallel to this one! Liss is such a sweet girl and I thoroughly enjoyed her story along with the continuation of Riley's! Ah, I love how the author has the two stories going. Which is strange because I started off wary of it.

I do not want to put too much in here, because I think I overdid it in the review of book one. O.O I will just say. Characters: awesome. Post apocalyptic world: fascinating and scary and still getting better. Romance: MORE. GIVE ME MORE. Also, there are some messed up people in this book.... :D I'm okay with that.

MUST YOU ALWAYS LEAVE ME WITH CLIFFHANGERS, WOMAN?!  *exasperation+awe*
I cannot wait to see what happens to our characters next.. and that twist at the end.. the woman can really write a book to keep you turning pages and leave you a little bit angry when you reach the end. [It's okay though. I forgive you. Just write another book.]

Some stuff from the first book was not addressed. I was a bit disappointed, but maybe it will sneak its way into the next book? Who knows! :D

[I will most definitely be reading the third installment when it comes out. I may even check out Mrs. Boland's other series. I think it is about vampires, which is right down my alley!]

Giveaway
I was told we were allowed to host a giveaway for ecopies of the books. I would definitely get in on this if i was you. These books are gooood. So leave a comment below and don't forget to share the the giveaway with your book buddies on Facebook and the twitter (haha. the twitter. yes, I'm immature). Let them know about this new YA post apocalyptic adventure you found. They may just be all.... omg Jane (wth... jane? lol) thank you for telling me about this book. It is right up my alley. I LOVE this genre. Jane..you, my dear, get a cookie. You never know. The possibilities are endless! I am..... going to shut up now. (: Don't forget to leave a comment for the lovely Shalini Boland! oh, yeah. Here is her contact info:
Goodreads | Website | Twitter | Facebook | Facebook(Outside Series)