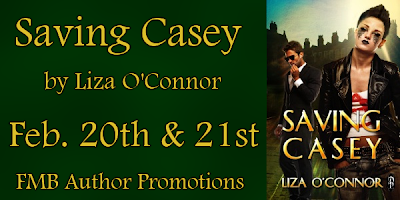 First, the Author Lady. (:
LIZA O'CONNOR!
I live in Denville, NJ with my dog, Jess. We hike in fabulous woods every day, rain or shine, sleet or snow. Having an adventurous nature, I learned to fly small cessnas in NJ, hang-glide in New Zealand, kayak in Pennsylvania, ski in New York, scuba dive with great white sharks in Australia, dig up dinosaur bones in Montana, sky dive in Indiana, and raft a class four river in Tasmania. I’m an avid gardener, amateur photographer, and dabbler in watercolors and graphic arts. Yet through my entire life, my first love has and always will be writing novels. I love to create interesting characters, set them loose, and scribe what happens. 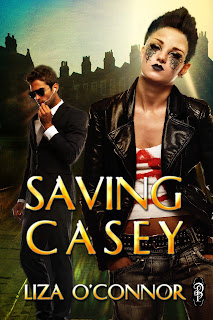 Having been diagnosed with cancer, Cass Goldman decides to opt out of any futile medical care and end her life. While she has some thoughts on afterlife, she never expects to reincarnate into the body of a seventeen-year-old girl named Casey Davidson.

When she awakens in a hospital, Cass discovers two disturbing facts: One, she is now inside the body of a troubled teenager, and two, the former owner of this body committed suicide, but only Cass knows that. Everyone else believes Casey has survived, but suffered a complete memory loss. Cass has two choices: to take on Casey’s life and turn it around, or to confess the truth about her reincarnation and end up in a mental asylum. Given this second chance to life, Cass decides to take on the future life of Casey—the frightening ghoul-faced teen with short, black, spiky hair.

Every person around Cass has an ulterior motive and discovering the truth of Old Casey’s life is more complicated than the “new math” she is forced to learn in school. In addition, Cass has to contend with raging teenage hormones and the prior crimes of Old Casey, which she might not remember, but everyone else certainly does. However, her biggest frustration concerns her feelings for her father’s rugged security specialist who sees her only as a teenager and doesn’t want to explore the mutual attraction between them.

Will her second chance at life prove to be worth the struggles she has to overcome?

Now, an Excerpt! :D
Upon settling down on the toilet, Cass noticed the floor to ceiling mirror facing her and screamed at the sight of the creature within it. Short black hair spouted about its head, black circles surrounded both eyes and fell like triangular knives down the cheeks. Black lips, stretched in horror as if in a nightmare. Pulling up her pants, she moved closer to the mirror.
She was a ghoul, an honest to God ghoul!

The door crashed open and her father stared at her, fear and panic clear in his eyes.
She touched her face. “Please tell me these aren’t permanent.”
His panic remained a second longer as her words filtered into his brain and then he pulled her into his arms. “Don’t worry, we will get them removed—if you want to…”
“If? Oh, I definitely want them removed,” she said.
How can I turn around my life if I look like the walking dead from a low-grade monster movie?

a Rafflecopter giveaway
Posted by Ryan Snyder at 5:00 AM