This book blast is to celebrate the release of Focus, the second book in this series that was released January 31st! If you have been following the blog for a while, you have probably already heard us mention these books before. If not, scroll on down and learn a little more about this wonderful series by Alyssa Rose Ivy. We have an author bio, excerpt from Flight (the first book in the series), as well as links and descriptions for the first two books in the series. Oh, did I forget to mention the giveaway? ;) 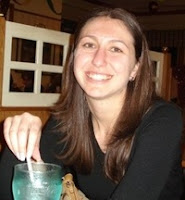 @Website | @Goodreads | @Facebook | @Twitter
Alyssa Rose Ivy is a Young Adult and New Adult author who loves to weave stories with romance and a southern setting. Although raised in the New York area, she fell in love with the South after moving to New Orleans for college. After years as a perpetual student, she turned back to her creative side and decided to write. She lives in North Carolina with her husband and two young children, and she can usually be found with a cup of coffee in her hand. 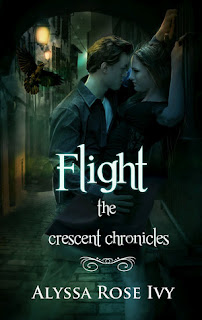 A summer in New Orleans is exactly what Allie needs before starting college. Accepting her dad’s invitation to work at his hotel offers an escape from her ex-boyfriend and the chance to spend the summer with her best friend. Meeting a guy is the last thing on her mind—until she sees Levi.


Unable to resist the infuriating yet alluring Levi, Allie finds herself at the center of a supernatural society and forced to decide between following the path she has always trusted or saving a city that might just save her.

Excerpt
Flight Preface
Closing my eyes, I tried to block it all out. Convinced I was about to die, I was only partly aware of his arms around me.
“You said you wanted an adventure,” he said quietly, teasingly, as he tightened his hold.
My stomach dropped out as an intense and complete feeling of weightlessness engulfed me. The wind stung my face as memories flooded my mind. I thought of my parents, of all the things I wanted to tell them but never did, my friends from home, and the experiences I longed for. Quickly my thoughts changed to more recent memories, to Levi.
“Open your eyes,” he whispered, somehow knowing my eyes were clenched shut.
Against my better judgment, I listened. The scream died in my throat as we hurtled toward the water that had seemed so beautiful from the roof above.

Focus
by Alyssa Rose Ivy
(The Crescent Chronicles #2)
Publication date: January 31st, 2013
Freshman year of college is hard even when you're not tied to the future king of a supernatural society. 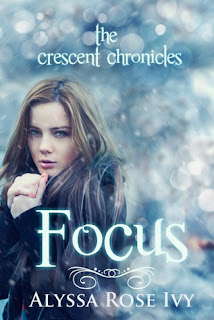 @Goodreads | @Amazon
Allie dives into college head first with Hailey as her roommate and the city of New Orleans as her backyard. As things within The Society heat up, Allie realizes that whether she’s with Levi or not, she's in far too deep to turn back.

GIVEAWAY
We are hosting a giveaway for one (1) ebook copy of Flight (Crescent Chronicles, #2). Open internationally
a Rafflecopter giveaway
Posted by Ryan Snyder at 12:19 AM